The African American Film Critics Association (AAFCA) and the American Cinematheque have joined forces to create a special program to screen and celebrate African American film.  Through its partnership with American Cinematheque, AAFCA will curate an ongoing film series showcasing a wide range of Black films, some of which have not been on screen in decades, and conversations with a prolific list of Black filmmakers exploring the cultural significance and important themes of the work.

The series will launch on April 29th with a special event celebrating the career of Carl Franklin at the Aero Theatre in Santa Monica.  His explosive debut feature, “One False Move,” along with his bold big screen adaptation of the Walter Mosley novel, “Devil in a Blue Dress” will be screened in 35mm with Franklin present for a Q&A to discuss both works as well as his career overall.

AAFCA and the Cinematheque will announce other special programs throughout the year that feature some of the pioneers who have pushed and continue to push Black film and filmmakers forward, as well as contemporary filmmakers who continue to build on that legacy.

“It is a privilege to partner with American Cinematheque to provide Southern California cinephiles with quality programming that spans the full spectrum of the Black filmmaking experience,” said AAFCA co-founder and president Gil Robertson.  “All of the programming will challenge stereotypes and shatter myths about the Black film experience, leaving no doubts regarding the vast contributions Black filmmakers have made to the overall history of the moving picture.”

Since 1981, American Cinematheque has served as a gathering space for cinephiles dedicated to the motion picture in all its forms, classic and contemporary. Their alliance with AAFCA is just one of many partnerships that helps promote diversity and inclusion in celebrating the art of the moving picture.

“The American Cinematheque is honored to be able to provide a platform for AAFCA’s in-depth examination of work from Black filmmakers in America,” said Gwen Deglise, programmer at American Cinematheque. “This series exemplifies our interest in looking at the evolution of culture and society through cinema and we hope to host some groundbreaking discussions about the work itself, as well as the history and contemporary climate for Black voices in cinema.”  Deglise particularly looks forward to the April 29 launch celebrating Carl Franklin. “I’m excited to rediscover on the big screen the classic LA film “Devil in a Blue Dress” with director Carl Franklin in person,” she said.

For more information and to purchase tickets, please visit. http://americancinemathequecalendar.com/content/devil-in-a-blue-dress-one-false-move 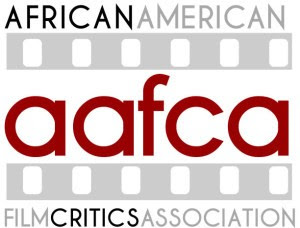 About AAFCA
Established in 2003, AAFCA is the premiere body of Black film critics in the world, actively reviewing film and television, with a particular emphasis on entertainment that includes the Black experience and storytellers from the African Diaspora. The organization’s primary mission is to cultivate understanding, appreciation and advancement of the contributions of African descended talent to cinematic and television culture – from the artistic and technical legends of the past to the still unimagined breakthroughs of future generations.  AAFCA members are a geographically diverse cross-section of journalists, covering all genres of the cinematic arts, while representing multiple mediums – including print, TV, radio broadcast and online. Collectively, they reach a worldwide audience in excess of 100 million. As a non-profit organization, AAFCA is committed to numerous educational and philanthropic efforts, particularly those that foster and celebrate diversity and inclusion. For more information on AAFCA and its programs visit http://AAFCA.com.

About American Cinematheque
Established in 1981, the American Cinematheque is a 501 C 3 non-profit viewer-supported film exhibition and cultural organization dedicated to the celebration of the Moving Picture in all of its forms. At the Egyptian Theatre, the Cinematheque presents daily film and video programming which ranges from the classics of American and international cinema to new independent films and digital work. Exhibition of rare works, special and rare prints, etc., combined with fascinating post-screening discussions with the filmmakers who created the work, are a Cinematheque tradition that keep audiences coming back for once-in-a-lifetime cinema experiences. The American Cinematheque renovated and reopened (on Dec. 4, 1998) the historic 1922 Hollywood Egyptian Theatre. This includes a state-of-the-art 616-seat theatre housed within Sid Grauman’s first grand movie palace on Hollywood Boulevard. The exotic courtyard is fully restored to its 1922 grandeur. The Egyptian was the home of the very first Hollywood movie premiere in 1922. In January 2005 the American Cinematheque expanded its programming to the 1940 Aero Theatre on Montana Avenue in Santa Monica.