OLLIE GABRIEL is spearheading a new soul movement.  Having cracked the code for an authentic catchy sound, paired with meaningful and relatable lyricism, Ollie has been compared to the likes of James Brown and Otis Redding.  He creates music that is both fun and of substance, a rarity in music today.  “I think that today there isn’t enough music that makes people happy”, Ollie states. “I’m not a preacher nor a saint but my songs come from a place of joy, deep love and a lot of happiness”. 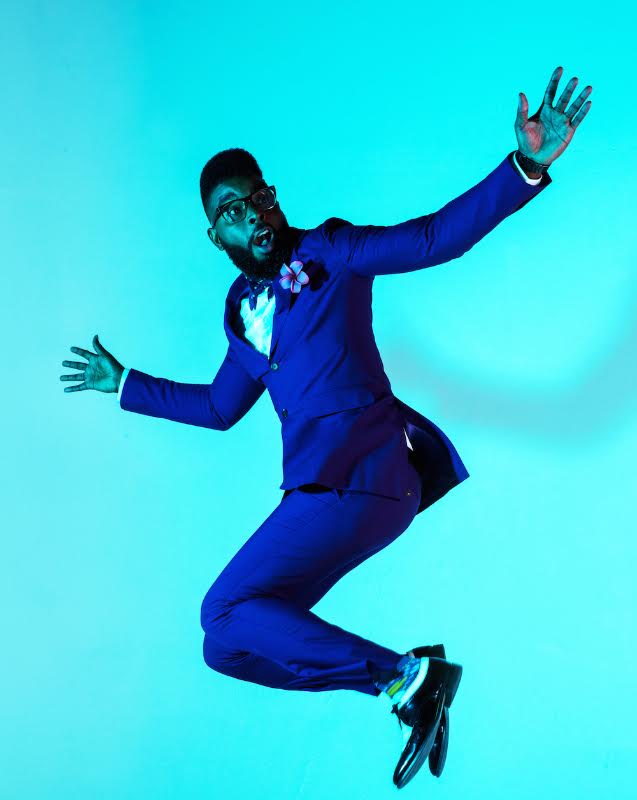 Hailing from a small town in Louisiana, Ollie Gabriel grew up in a family of artists. As a child he listened to soul stars like Bobby Womack and Tyrone Davis. He would hear his parents playing those records in the living room, which entranced him and made him want to try everything. Drums, church organ, guitar, trombone, and singing – he learned to play it all in his school band and at church. “Like most I wanted to be Michael Jackson as a young kid, I wanted that power to move people emotionally. The biggest thing that I learned from my idols is that it is not about trying to copy something, but about creating something unique. I’m a lover of all things music and my knowledge of music usually surprises people, who don’t expect me to know certain songs or groups. I fell in love with Motown. I liked the gritty street soul music of Curtis Mayfield and those types. I’m also a big fan of bands like Metallica, Led Zeppelin and the Rolling Stones. I appreciate music of various different genres. From artists like Garth Brooks to Tupac and Biggie – it is the diversity that has made me into the artist that I am today.”

After his move to Los Angeles, Ollie continued to work tirelessly towards his goals. Soon he was securing music placed in ads and on TV networks such as NBC, MTV and TNT. He has had hundreds of synch placements to date. “My story is one of perseverance, determination and patience. I had a lot of obstacles and made many mistakes along the way, but I’ve been lucky enough to grow stronger through everything” admits Ollie. Last year he was selected out of thousands by the National Academy of Recording Arts and Sciences for its Grammy Next Program, which supports aspiring artists. Following in the footsteps of many international stars, he decided to go to Europe and debut his freshmen EP there. “Europe has always embraced soulful music and many US artists have started there before they became famous in the states. So, I feel very excited that I got to debut my music in Europe first”.

In February of last year, he released his single “Running Man” to massive success.  Distributed by Sony Music via Jive Germany, the single was an instant radio hit. “Running Man” charted at #5 in Austria, top 20 in Switzerland, and in the top 30 in Germany. Despite him not even being in the region very long, he entered the top 40 on the iTunes charts, and generated over 2 million Youtube views. Throughout 2016 Ollie was performing all over GSA on several of the most popular televised shows and events, as well as live performances at radio festivals playing in front of over 40,000 fans. “Running Man” also hit the top 10 on the German Spotify’s top hit’s playlist, and to this day has garnered over 10 million streams. He returned to the states in November of 2016 with his goals set on dominating his home country, the USA.

With a good portion of earned laurels and a lot of experience, Ollie is now ready to release his debut single “RUNNING MAN“ in the USA. The single is a highly infectious anthem about following your dreams and overcoming obstacles. That is the message the video for the single carries as well. The video shows the Paralympic athlete Blake Leeper. Leeper was born missing both of his lower legs, yet the American was equipped with prosthetics at the age of 9 months. At the Paralympic Games in London in 2012, Blake managed to earn a silver and a bronze medal, in two different sprint disciplines – there is not a more obvious and authentic metaphor for Gabriel’s message. “I can only imagine how many times he’s been told he can’t do something. But look at what he’s done!” “Running Man” is directed at everybody who has big goals and feels disheartened or alone on the their way there. “I hope that this song pushes someone to keep going.“

Ollie Gabriel’s sound is real classic soul-pop music that is not only nostalgic but also modern and fresh.  “Running Man” is set for release July 2017.