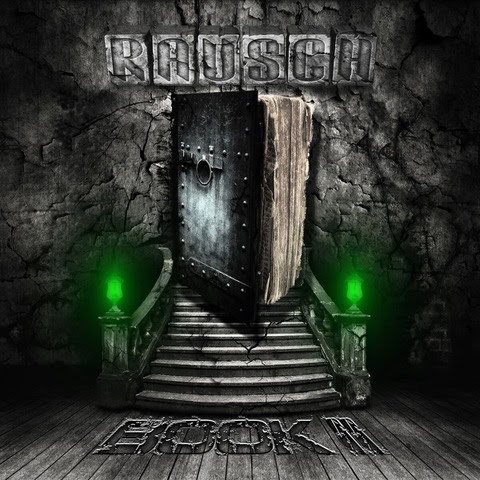 Signed copies of “Book II” can be purchased directly from RAUSCH at https://rausch.bandcamp.com/, or find “Book II” on iTunes, Amazon & everywhere else digital music is sold.

After devoting the better part of his early years to the piano, namesake frontman Doug Rausch earned his Ithaca College music degree & plunged straight into self-imposed exile. Disillusioned by how mainstream music had all but completely plateaued by the early 2000’s – culminating in an eye-opening stint at Sony Music Studios – he found himself in a decade-long campaign chasing a long-held musical vision of his own. Aside from select live engagements – including an invitation from Dream Theater‘s Jordan Rudess to perform at the first KEYFEST – all else was sacrificed.

In late 2009, the adventurous-yet-song-driven self-titled debut album was released. Leadoff single “No Fair” hit the top 10 on New Music Weekly’s small-market radio charts, & the haunting “Ode to Pain” earned an honorable-mention nod from the 2010 International Songwriting Competition (ISC).  Then, from as early as 2012, at the time having just broken ground on the debut’s follow-up (and still optimistic about eluding “[GN’R’s] Chinese Democracy Syndrome”), the band found themselves collectively hurled onto the battlefield against a seemingly unprecedented barrage of relentless set-backs; by the time they finally emerged victorious with completed album-in-hand, RAUSCH had time-traveled all the way to the doorstep of 2018.

For more  information, check out the band’s web properties: