Panic, directed by Sean Spencer, works best as a psychological, deep, intense character study rather a thriller or action movie or trying to combine the genres.

The lead actor David Gyasi (Interstellar) is the raw nerve who portrays Andrew Deeley in a story about tortured agroraphobic music journalist who witnesses a heinous crime from the confines of his home. To save his neighbor Kem, who he has already become obsessed with watching her through his window with binoculars, he has overcome his immobilizing fears of going outdoors to solve the crime and in turn becomes her savior. Andrew had unwittingly been a similar position before while covering a rock show and that heavily attributed to him paralyzed with anxiety and dread stopping afterward for eight months from leaving his home. This time, the victim, Kem has been violently kidnapped from house. The disappearance of Kem prompts Gyasi to finally venture outside.

Andrew breaks into her flat using a hammer to pry open her front door and then rummages through her belongings trying find leads or cues about her abdication and perpetrators. As he searches for Kem on foot, he encounters resistance, violence and as a result, becomes immersed in the seedy, ruthless underbelly of the London underworld. The aspect of human trafficking effectively portrayed as pure soulless deprivation. 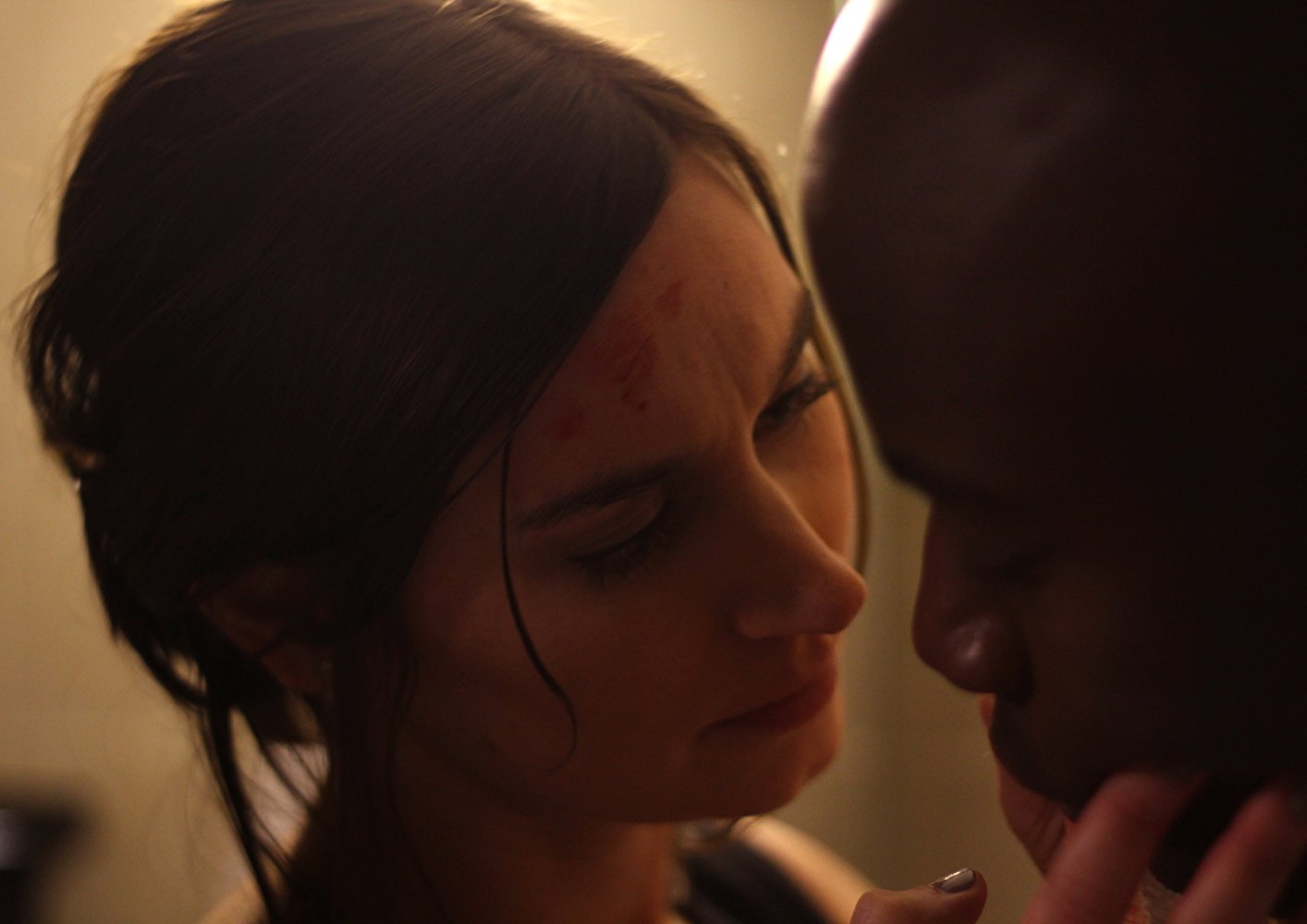 This whole premise is intriguing,  but ultimately weighed down by the convoluted story line. Though, the inner courage, strength and fortitude of Andrew is tested, it’s not as intriguing as the eerie disquieting setup earlier the movie where the audience is first introduced to this character where we can see and feel his every thought process. When Andrew speaks, whether he tentatively answers a question or speaks with brash authority, you believe him and his performance at every level  is human and credible. The issues of mental issue and extreme isolation are captured very well and are realistic. David Gyasi is the reason to see Panic. This movie serves notice he is a star in the making.