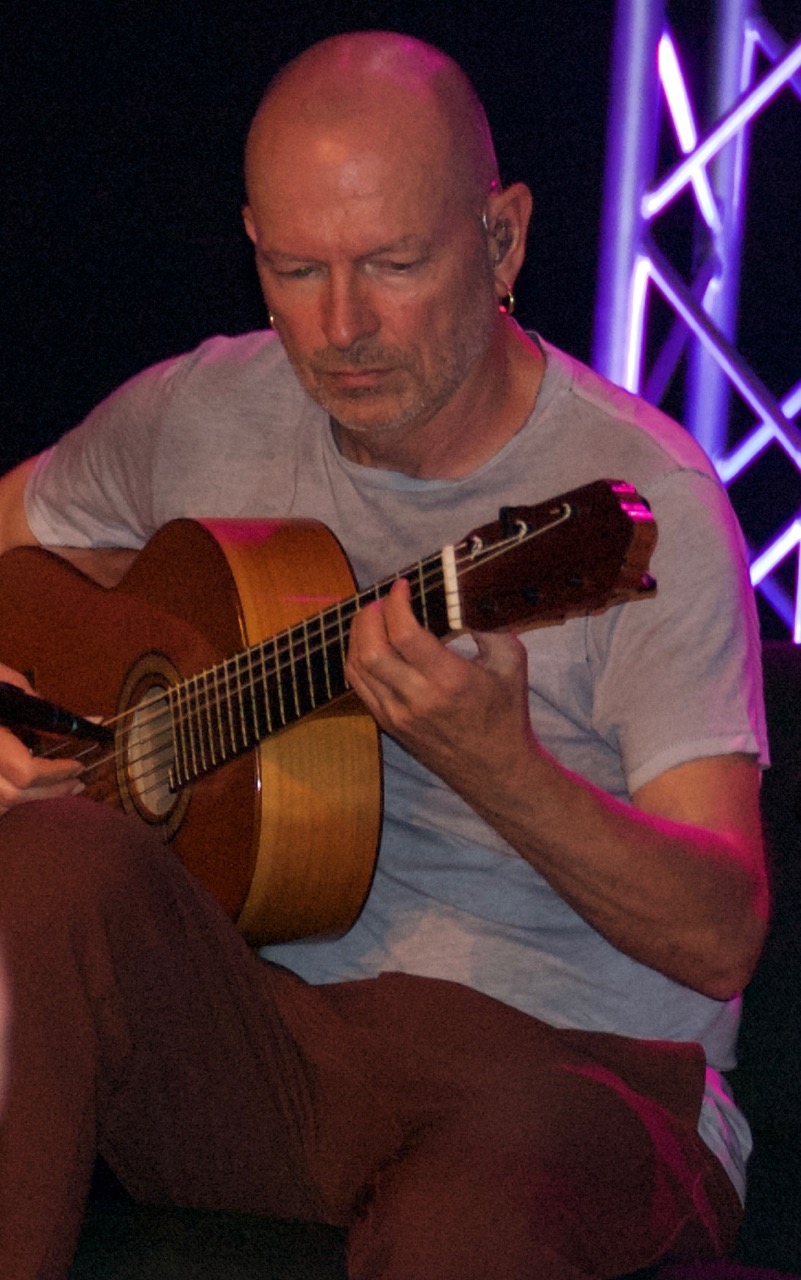 Ottmar Liebert’s Zen-like presence on stage exudes a quiet, centered Artist. He sits barefoot with a classical acoustic guitar resting on his shoulder… eyes shut, face contemplative. Each song flows out of his hands with such ease and mastery as he, the bassist and percussionist sail smoothly around Liebert’s Spanish style sounding compositions. The first song started off with an easy pace and uplifting melody. Liebert opened up the conversation between him and the bassist as the rhythm switched to a faster pace. The percussionist maintained a soothing yet rhythmic beat to underscore. 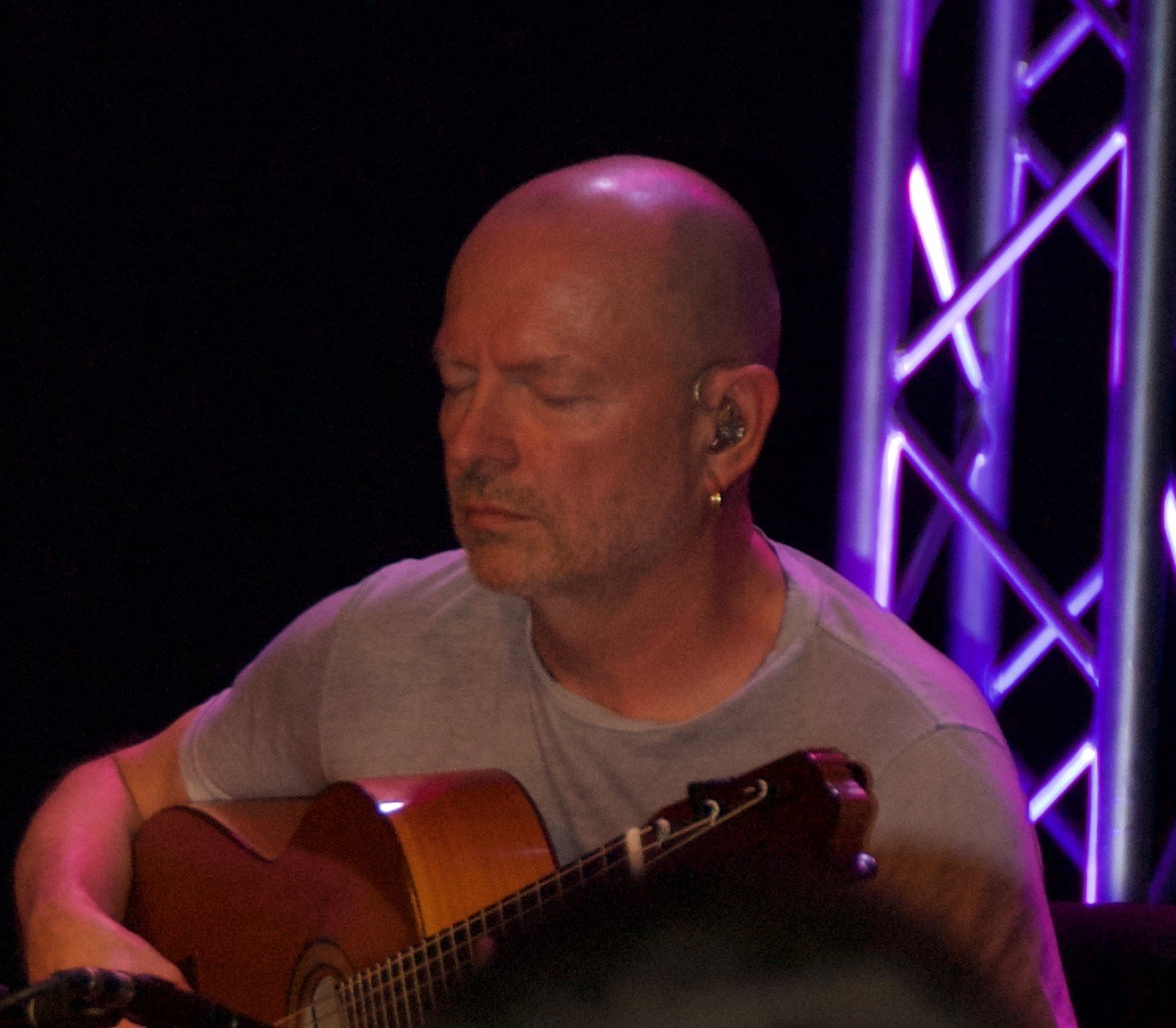 The complex texturing of Liebert’s fingering, chord progressions and slapping the guitar throughout the evening was entrancing. The bassist kept his dreamy gliding touch. The percussionist had a few chances to gallop over the drums with rapturous knotty levels of voluminous playing. “Flamenco isn’t just born of one culture, it’s just not Spanish. There is a lot of Arabic influence in it. There’s Caribbean music in it. The rhythms were brought to Spain by sailors from the Caribbean… and I think the Reggae rhythms and Flamenco rhythms sprang from Africa. ” Liebert explained to the audience.He introduced the next few songs by saying, “I want to now play some things more introspective and slow. I did some research and found out that slow music will lower blood pressure and get our heart beat a little bit slower. I think this is helpful for Los Angeles people after I observed the way you drive on the freeway here.” The next set of songs set off a meditative tone.

Every note that Ottmar Liebert released that night interwove a blanket of compositions of global proportions.