All 28 episodes of the new science fiction dramedy Personal Space are now available on Amazon Video and other streaming platforms. Crew members aboard a generation ship have no idea their therapy sessions are being broadcast to earth. Personal Space made its world premiere at the Boston Science Fiction Film Festival in February, was shown at the Philip K. Dick Science Fiction Festival and will be appearing at Hollyweb Festival and Vancouver Web Fest. The show features Battlestar Galactica’sRichard Hatch, and is dedicated to his memory.

The series is a sci-fi dramedy that takes place in an alternate timeline where the American space program has been decades ahead of actual history. Generation ship Overture was launched on a very long journey in the early 90s to a distant star. The crew serves in 25 year shifts, with each shift passing the torch to the one after. The audience watches current events aboard the ship unfold in 2017, as the second shift is supposed to take command, while the crew of Overture speak in confidence to the ship’s therapy computer. The key phrase here is “supposed to.” 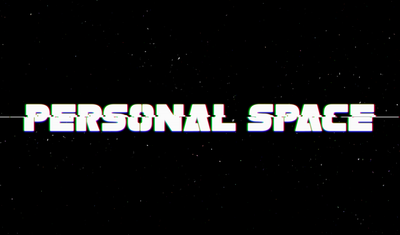 Personal Space came out of years of discussions and abortive plans between Pike, Wallnau, and Shaw to create a science fiction show set in space. Previous attempts had been too expensive, or if made cheaper, would have looked cheap. When they hit upon the idea of using the fixed perspective of a therapy computer, the team realized they had a way to tell a story with expansive scope without needing a TV-sized budget.

Using Kickstarter, the series was funded by 703 backers who raised $49,000 to bring the series to life. Shooting commenced in June, and again in September. 191 pages of script were shot in 11 days, including three scenes where Clyne, Hatch, and Persaud performed their own zero-g wirework stunts. Post-production on all 28 episodes took another year to complete. Now, more than three years after setting out to create the show, the series has finally premiered via Amazon Video and other streaming platforms.