When I heard that The Hollywood 360 was invited to cover Project Angel Food, Our Name is Barbra 2017, I was ecstatic. They were raising money for a commendable organization that feeds thousands and thousands of people in the Los Angeles area. Clifford Bell, who directed the entire night of festivities commented:

“The benefit this year comes at a crucial time for Project Angel Food, as for the first time in 28 years, the charity has a waiting list of 100 clients who are sick, hungry and alone.”

They were also honoring and celebrating one of the most iconic vocalists of all time, Barbra Streisand.

For me, the purity of tone and range of Barbra Streisand’s voice hails from the Gods – scrumptious, heavenly- manna for one’s listening ears.  Her career spans 57 years, in which she has conjured an alchemic dimensionality to her voice that seems to have bewitched all of us through the decades… and continues to reverberate timelessly.

On April 23rd, at the Prospect Theater in Hollywood, Clifford Bell put on a grand 75th birthday party celebration in honor of Barbra Streisand.  The guests were entertained all evening by acclaimed singers from the worlds of Broadway, Cabaret and Television.  The Master of Ceremonies has been doing this production for 19 years. 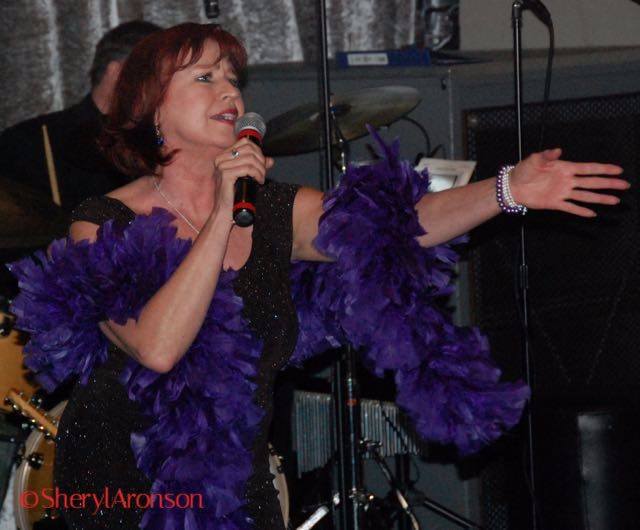 Various guest artists paraded across the stage all night long strutting their vocal talent.  The backup trio of bass, drums and revolving piano players provided a firm foundation of musicianship.  Natalie Wachen displayed golden vocals on the Streisand composition, “Natural Sounds,”  Mark Arthur Miller gave us a soulful, hip rendition of “If I Could,”  Ilene Graff used her dramatic skills  and superb voice to bring the perfect delivery of “Children Will Listen,”Angelo Divino performed a parody rendition of ” I Stayed Too Long at the Fair,”  Jane Kinsey humored us with her campy, Honky Tonk performance of  “A Good Man is Hard to Find.”  Allan Rich brought the house to tears as he gave a gut wrenching performance of his song, “Lessons To Be Learned.”Justin Charles Cowden mesmerized the audience as he bellowed with supreme intensity, “Lost Inside of You,”while his hearing impaired wife signed the lyrics in American Sign Language.

“I waited five years to put the song out because I wanted no other singer to have it except Barbra Streisand,” he told us all.

Barbra’s Producer Jay Landers and Co-Director, Richard Jay-Alexander surprised Clifford Bell with a personal letter from Barbra Streisand written to him.  As he read her lovely sentiments, the whole room fell silent… I read that you’re all getting together to celebrate my birthday by raising funds for Project Angel Food.  Frankly, I couldn’t think of a better birthday gift.    And she thanked Clifford for his years of dedication to the cause…For 19 years now Clifford and Project Angel have walked the walk, not just talked the talk.  I am deeply touched to know that my songs are being put to such good use.  Have a great evening.  Lots of love, Barbra. 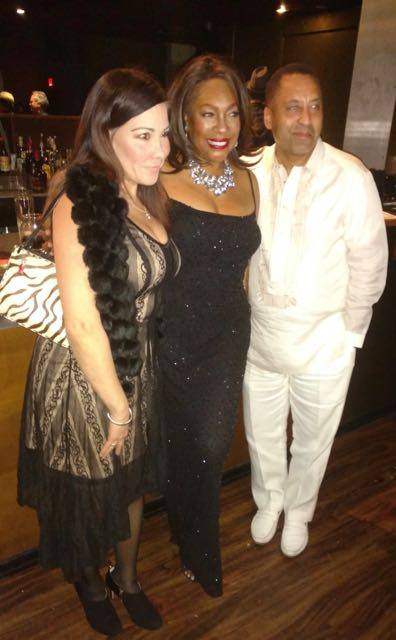 Topping off this delightful night’s celebration, was the magnificent Queen of Song…Mary Wilson.  She had just flown in from Las Vegas and entered the room sparkling with glamour.  After kissing Clifford hello, Mary Wilson took command of the stage and the band.  When she sang my all -time favorite song, “Here’s to Life” with her large, dramatic and wickedly wielding voice, I was brought to tears.

She told me later in an interview, “You can’t sing that song when you’re young, one has to live a full life to deliver it convincingly.” And she delivered the goods this evening!

The entire benefit concert was a huge success.  If Barbara Streisand had been in the audience at Our Name Is Barbra 2017: A Benefit for Project Angel Food…she would have said her famous saying when feeling overwhelmed with emotion.  “I’m all verklempt!”

Vocalists and musicians appearing at the performance:

And Performances from the Cast of “Encore!: A Celebration of The 60th Anniversary of The MBCC Theater Program”

Al Garcia on bass and Tom Bowe on drums

Project Angel Food has served the community tirelessly for twenty eight years and provided more than 10.5 million meals  to men and women living with critical illness.  The kitchen and staff prepare over 11,000 meal a week, free of charge and medically tailored to the requirements of clients living with HIV/AIDS, cancer, kidney failure, congestive heart disease and diabetes. The mission is one of love to feed and nourish the sick as they fight their battle. Today the need is just a vital and for the first time in our history there is a client waiting list. The need is urgent as nobody should have to wait for life-saving services. Many of the clients are living well below the poverty line and Project Angel Food is the lifeline filling a desperate need in all communities. The client base is testimony to this fact, 40% Latino, 30% African-American,  21% Caucasian, 5% Asian and 4% other.

Much to see, hear, and taste during 28th annual Fiesta Broadway!