The final Staples Center concert of BET Experience at L.A. Live saw the much anticipated N.W.A. reunion of Ice Cube, MC Ren and DJ Yella, with a missing Dr. Dre and an evening of old school meets new school. 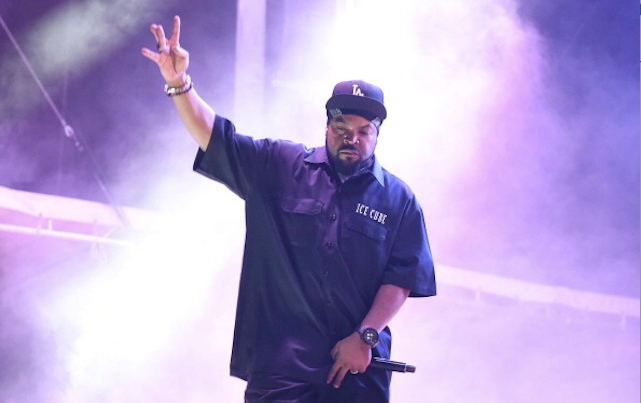 The crowd enjoyed a warm-up by some more Top Dawg Entertainment members, ScHoolboy Q,Isaiah Rashad, Ab-Soul  and Jay Rock  ScHoolboy . Getting everyone up and out of their seats , rapper ScHoolboy Q got everyone’s attentions by yelling to everyone in the house ,”This ain’t no jazz concert with your old asses.Wake the f–k up!”His six song set included that included  “Hands on the Wheel,” “Gangsta,” and “Man of the Year.

Kendrick Lamar took over the stage and kept the momentum going throughout his almost hour long set.  Lamar perfoemd tracks from his firdt two albums Good Kid, M.A.A.d City and To Pimp a Butterfly, opening with “Money Trees.”  “We never quite forget where we come from,” Lamar told the audience.

Next up was some “Gin & Juice” as Snoop Dogg took the stage. Joining him on satge were guests Kurupt, Lady of Rage, Warren G and Too $hort, We were treated to “Afro Puffs,”  and “Ain’t Nuthin’ But a G Thang” , closing his set with “Drop It Like It’s Hot.”

Just before 11:00 pm the crowd was hyped for the reunion of hip-hop royalty N.W.A. Ice-Cube started off “Natural Born Killaz,” giving everyone a little hope that Dr. Dre might actually be somewhere in the house, we got a sneak peak of the upcoming biopic Straight Outta Compton.
After the performance , we heard a few words from Ice Cube. “This is my first time up in Staples Center. A lot of people thought I was done … movied out. I’ll tell you what I tell those people.” And he moved into the song “Check Yo Self.” 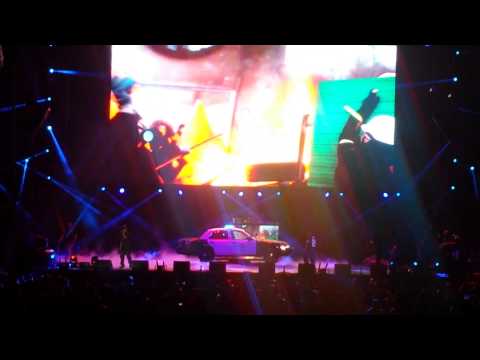 With MC Ren and DJ Yella, Ice Cube performed the classics “Straight Outta Compton,” “Gangsta Gangsta,” and “F–k Tha Police,” with photos and video as a backdrop. There was also a tribute to late member Eazy-E, with “For the Love of Money” and “Cruising Down the Street in My 64.”
Once the crowd was sure Dr.Dre wouldn’t be performing, the Staples center started clearing out, but thosae that stayed till the end got to hear Ice Cube perform “It Was a Good Day.” Yes it was.