Your Worst Nightmares Come to Life 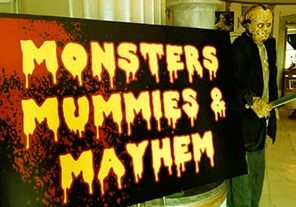 Hollywood, CA -Entering into The Hollywood Museum, located in the iconic Max Factor building, is walking into Hollywood history. With the world’s most extensive collection of Hollywood memorabilia, the museum boasts 4 exhibit floors of props and costumes from every era of Hollywood filmmaking. The museum’s newest spine-tingling exhibit of screen-used horror memorabilia is entitled, Monsters, Mummies and Mayhem: Your Worst Nightmares Come to Life. 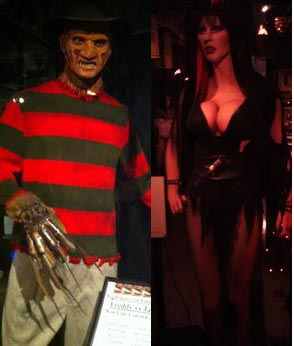 Once through the doors of this historic building, you’re shown to the basement level. Greeted by the crypt keeper himself, you descend down a darkened stairwell into the revitalized basement of the museum, into a Halloween and Horror-themed exhibition of pop culture monsters and horror movies from the classic Frankenstein to 2014’s Deliver Us from Evil, showcasing vampires, boogiemen, zombies, demons and things that go bump in the night. The exhibit features costumes and props from The Walking Dead, True Blood, new TV series The Strain, Sweeney Todd, Sleepy Hollow and so much more. Get up close and personal to Freddy Krueger, Mike Myers and Jason Voorhees. See where True Blood vampires Eric Northman and Pamela Swynford De Beaufort sleep when they’re not causing mischief in Bon Temps or walk the

actual prison hallway that Clarice Starling walked, and end up in front of Hannibal “ the Cannibal” Lecters’ cell from Silence of the Lambs. When speaking to one of the curators, I was told that there will be even more exciting items coming in over the course of the exhibit, so get in a few visits between now and November 19th, to make sure you catch all the chilling exhibit pieces. 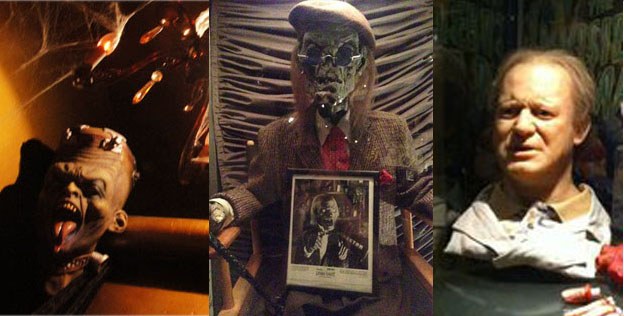 Bring your family and friends to this frightfully fabulous exhibit and don’t forget to visit all the other magnificent exhibit floors. Don’t miss out on one of the most unique salutes to horror in town. 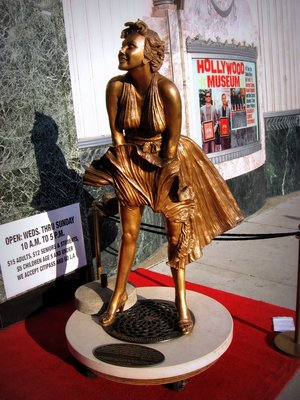 When: Monsters, Mummies and Mayhem: Your Worst Nightmares Come to Life exhibition starts October 11th and runs through November 19th

Cost: General admission $15, $12 for students and seniors; and $5 for children five and under.

Guests who bravely show off their inner ghoul and show up at The Hollywood Museum in full Halloween costume on the weekends of October 24th – October 26th and October 31st –November 2nd (10 a.m. – 5 p.m.) will receive $5 off the regular admission price.