The guests were treated to a reception in the lobby where delicious food and drink were served,  and they could also view rare photographs of Alfred Hitchcock’s movie making years,  courtesy of The Academy of Motion Pictures Arts and Sciences’ Margaret Herrick Library.  Then Jamaica Inn was previewed with a question and answer program following.

The Hollywood 360 interviewed a few of the guests that evening before the movie was screened on the red carpet.

The Hollywood 360: Why is it important to keep this classic movie alive?

Charles Cohen: It’s not only the subject matter, but it’s directed by the Master of Suspense.  You have wonderful actors… it’s Maureen O’Hara’s first film and you have Charles Laughton, the consummate professional.  You have a classic story, a Daphne du Maurier story.  This movie was Hitchcock’s last movie in England before he left to go under contract with David O. Selznick. 4K restoration doesn’t get any better than this.  So I think you’re in for a treat. 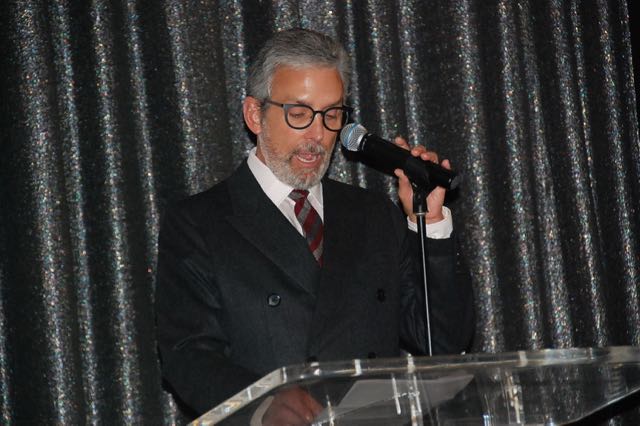 The Hollywood 360: Today’s movies uses so many special effects and the story gets lost with the big productions.

Charles Cohen:  I agree.  It’s all about what you see on the screen.  It’s not about what’s done afterwards.  Alfred Hitchcock kept working at his craft…his work not only inspires filmmakers today but this is classic film making at its best.  This is worth saving and preserving for future generations.  It’s more about the story than the technique.

The Hollywood 360:  Why is tonight so exciting for you?

Charles Cohen:  This is a preview of what will be shown on KCET Friday evening, March 24th.

The Hollywood 360:  What does it mean to both of you to be here this evening as we watch your grandfather’s movie, Jamaica Inn?

Mary Stone:  We just think it’s great that the beginnings of his career is now coming to the forefront with Charles Cohen and his company doing this along with KCET.  It is really important that these movies get out there for the public to see. 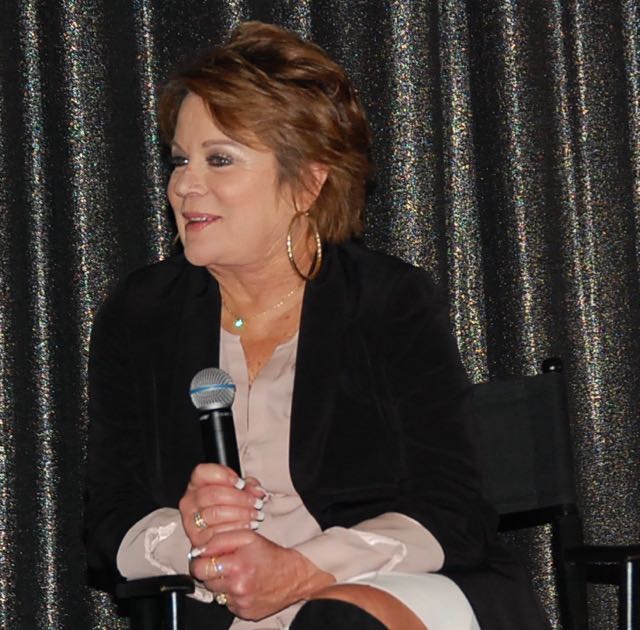 The Hollywood 360:  How was it growing up with your grandfather?

Mary Stone:  We were younger when he made most of his movies.  When he worked he was so focused on what he did and he wanted to be the best director.

Tere Carruba:  He had everything plotted out beforehand so he just went by this plan. The filming was the easiest part of it. 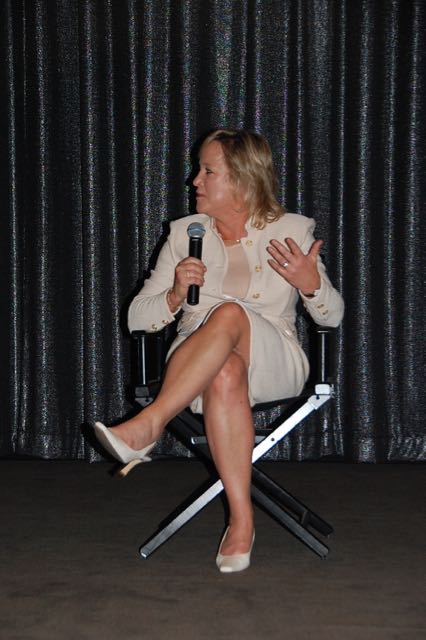 The Hollywood 360:  What were some of your memories with your grandfather that stand out for you?

Mary Stone: To us, he was a normal grandpa. Every Sunday we would go over to his house and my grandmother would cook dinner. It was so normal.  We knew he was special but it was never anything like we thought,’Oh my gosh, we’re better than anyone else.’

Tere Corruba:  He was always curious as to what each of my sisters and I were doing in our lives.  When I had my first job at McDonalds, he was fascinated with what I did when I went to my job.  He had no idea!  Our grandparents were great because they each spent time alone with us.

Mary Stone:  He did. Even though we were so young at the time, he would always take the time to explain to us how things worked.  It didn’t matter what question we asked.

The Hollywood 360:  What do you think about seeing Jamaica Inn this evening?

Norman Lloyd:  I must confess I didn’t see Jamaica Inn and I am looking forward to it.  It was the last picture Mr. Hitchcock made before he left England.  Charles Laughton was a great actor.  His style fit in very much with Hitchcock’s concepts.

The Hollywood 360:  Talk about your relationship with Alfred Hitchcock.

Norman Lloyd:  I was recommended to Hitchcock by John Houseman, who was the partner of Orsen Wells.  At that time, Hitchcock and John were working for David O. Selznick, and Hitch was developing this story of Saboteur.  He asked John one day if he knew of a very young man who could play the role of a saboteur.  Houseman was someone I knew from The Mercury with Orsen Wells,  and we all worked together.  John immediately said, ‘Norman Lloyd.’ I made an appointment to see Hitch at 8am in the morning, when I scarcely could breathe, but I made it. When I look back on it, we hit it off right there and then like ham and eggs.  I was the ham.  It was just perfect.  And Hitch put me in the movie. 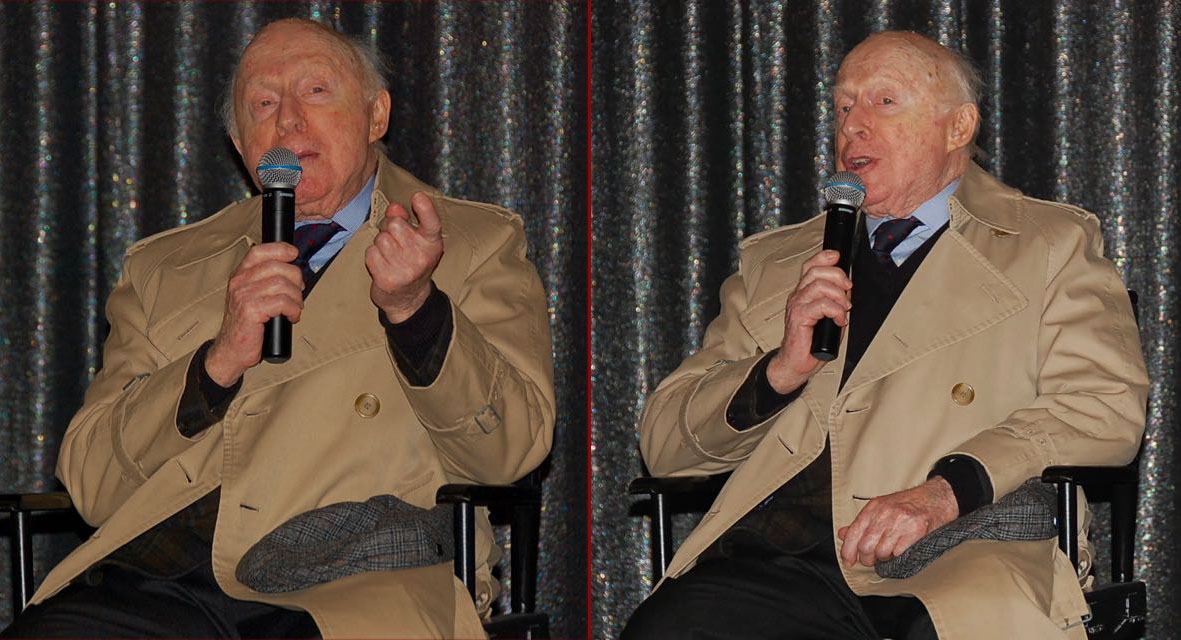 The Hollywood 360:  Talk about working with Alfred Hitchcock.

Norman Lloyd:  It was always such a joy to work with him because you had a Master, a man of great humor, great dramatic power, a Master of the whole medium.  He was one of the all-time greats and I was lucky enough to work for him. Then later on, we did the tv show which brought him great fame as an actor.  That entrance at the beginning and his persona…the man that he created for those shows…the ultimate snob.  It was Hitch having great fun.

All the guests that evening had great fun too watching the classic movie, Jamaica Inn.  Like most Hitchcock films, the director held us in suspense throughout with twists and turns in the plot. Charles Laughton commanded the screen with his epic performance as the two-faced nobleman scoundrel, while Maureen O’Hara was resplendent as the courageous female hero.  Although this was a drama, there were touches of humorous scenes that broke the tension, however, the action peaked to a crescendo of foreboding… indelible Hitchcock. 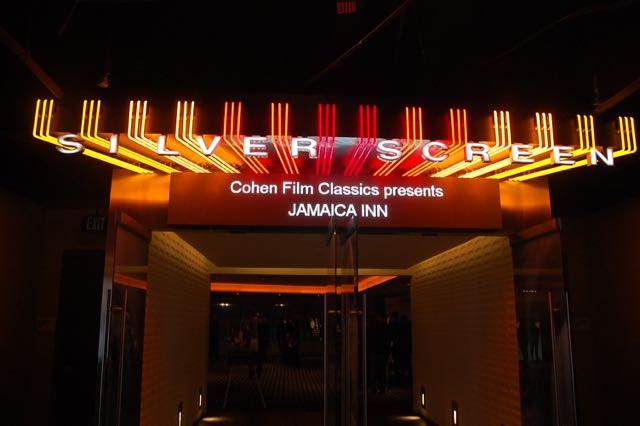 “There’s no terror in the bang, only in anticipation of it.”  Alfred Hitchcock.