“ I love what Hands 4 Hope does for the community.  They provide an after school program that’s a lot more than just helping kids with their homework.  They expose them to life, they take them on field trips, and they have people come in and inspire them and teach them things they don’t know about.  Lydia Floyd’s organization encourages their artistic talents, which we will see tonight.  It just shows how the music community has embraced Lydia Floyd’s vision because they come out in droves and perform every year,” said Pat Prescott, host of 94.7 The Wave’s morning show and host for the benefit concert this evening.

The 16th Annual Starlight Serenade Benefit Concert graced the stage of the Harmony Gold Theater on March 12th with a star-studded lineup of entertainment to raise money for the organization, Hands 4 Hope.  The guests performing tonight were: Peter White, Eloise Laws, Ronnie Laws and Jaman Laws, and Cheryl Barnes. 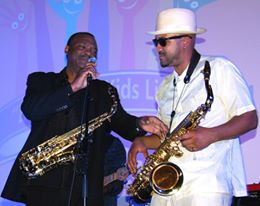 The organization founded by Lydia Floyd, delivers a musical gala every year, which gathers jazz lovers in the community with celebrities, plus amazing jazz musicians to celebrate and support the academic, athletic, artistic and social enrichment programs provided by Hands 4 Hope for at-risk youth.   Lydia Floyd, founder and Executive Director, told The Hollywood Times, “My original mission was to help single parents.  One of the major concerns for them is: ‘where are my children after school and what kind of activities can they have there?’  I discovered there weren’t many programs providing enriching activities for this population of kids.”

Musical Director for the benefit concert was Gail Jhonson.  Even though Ms. Johnson wasn’t present that evening due to other commitments, she put together a searing hot house band consisting of Wayne Linsey, piano, Tony Moore, drums, Ray Fuller, guitar, James Manning, bass, and guest Rick Parma, saxophonist.    Kicking off the night was the Hands 4 Hope youth singing, Let It Be and God Bless the Child.  The audience loved hearing these girls show off their vocal talent.

Cheryl Barnes then hit the stage displaying her siren sounding voice with lovely tones and versatile range of notes.    The band rolled out a sweet melodic orchestration of Dindi where Ms. Barnes vocals rode the romantic, sensual rhythm of melody that soon let loose to a full- blown swinging tune.  Following Ms. Barnes set was the comedian Sinbad.  He had the crowd laughing uproariously at his jokes. 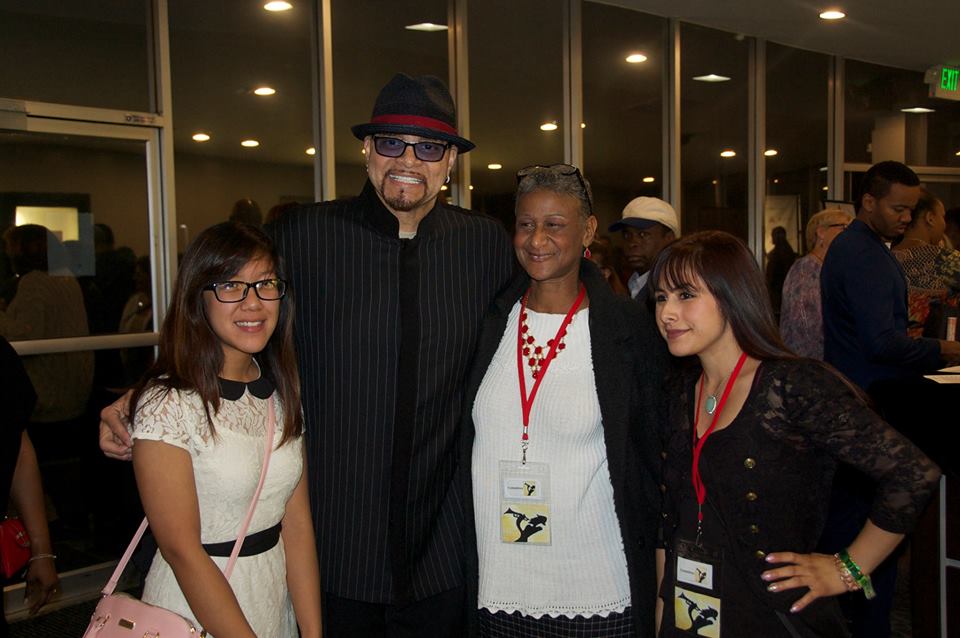 “It would have been cool to have had Social Media back in the 70 and 80’s.  No I take that back….The good thing about not having social media back then is you can lie to your children.  I don’t want them to know what I was doing when I was their age.  I can say, “When I was your age, I was studying, working on reports…”

With saxophone in hand, Jaman Laws came on to play with the band.  The song, I Can’t Help It was played flawlessly as he displayed intricate riffs of improvisation while adding a soulful touch.

At intermission Lydia Floyd talked about her organization.  She told The Hollywood 360 that Hands 4 Hope has been around since 2000 and has served over 800 students and their parents in the San Fernando Valley.  The focus has been on the critical after-school hours when parents are working.  This is when the adolescents and elementary school children can get into the most trouble and need assistance.  Right now, Hands 4 Hope is looking to hire a full time employee, as Program Assistant and funds are needed for this job.  Floyd said,  “We’re hoping to raise more funds to have another program assistant.  We need paid staff to hire because we are getting more and more children.  We have wonderful volunteers but they aren’t always available.  Our organization requires more permanent staff around when Hands 4 Hope has more and more children needing our services.”

Hands 4 Hope also assists the parents when in need.  A success story the Director shared was: ““We partner with an organization and through them we’ve been able to give funds to single parents who are ill or their children are ill.  We can pay their bills.  We just did it for a woman who has stage four cancer and is parenting a nine year old by herself.  Hands 4 Hope was able to pay some critical bills for her and that helped out so much.”

The concert continued with the animated, adroit plucking of Peter White on his pearly white guitar.   The English musician got down with bass player, James Manning as White announced they were going back to the 70’s.  Poppa Was A Rolling Stone ripped open with White’s funky groove followed by the band.  With his adorable antics, the musician jumped around like a rockin’ roll star and thoroughly entertained the crowd.  Peter White has been doing this concert for many years.  He spoke about why he keeps coming back to perform. “Hands 4 Hope is a great cause.  I’ve been doing this concert for 10 years.  Smitty Smith originally put the band together and asked me to come and play.  I love to be able to help kids.  There are a lot of kids who have single mothers and need to be set on the right road.  It’s the values that you learn in childhood that set you up for life.”

He also commented on his fun loving style of playing, “I’m trying to find my inner child.  That’s what performing is all about, letting go of your inhibitions.”

When brother and sister, Ronnie and Eloise Laws took the stage, the audience was treated to some jazz royalty.  Eloise Laws filled the auditorium with her wonderful bluesy screaming wild lament, “I can’t let myself, I can’t let myself, hurt myself no more.”  She sang the blues with intensity and soul.  Ronnie Laws contributed his superlative finesse and roaring phrases of riffs and melody.  They tore down the house with a driving, rhythmic set and got the crowd up and dancing.  Ronnie Laws told The Hollywood Times in an after concert interview, “It’s a great honor to perform with my family… my son Jaman, whom I am very proud of, and my sister Eloise.  It’s a very musical family.  Great honor and privilege to be a part of that.” 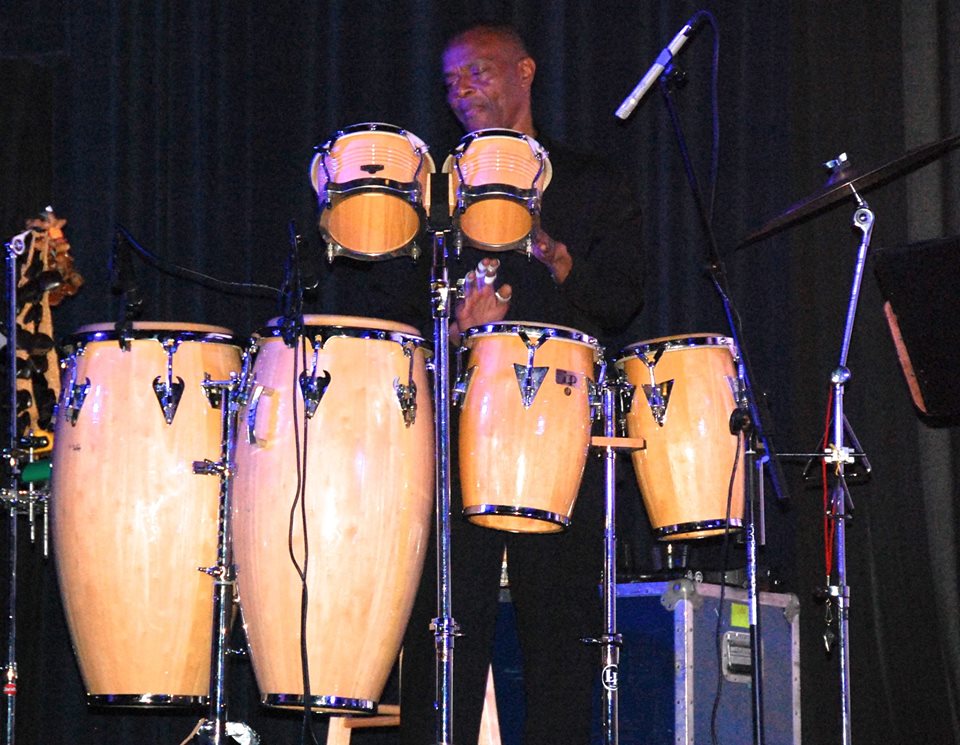 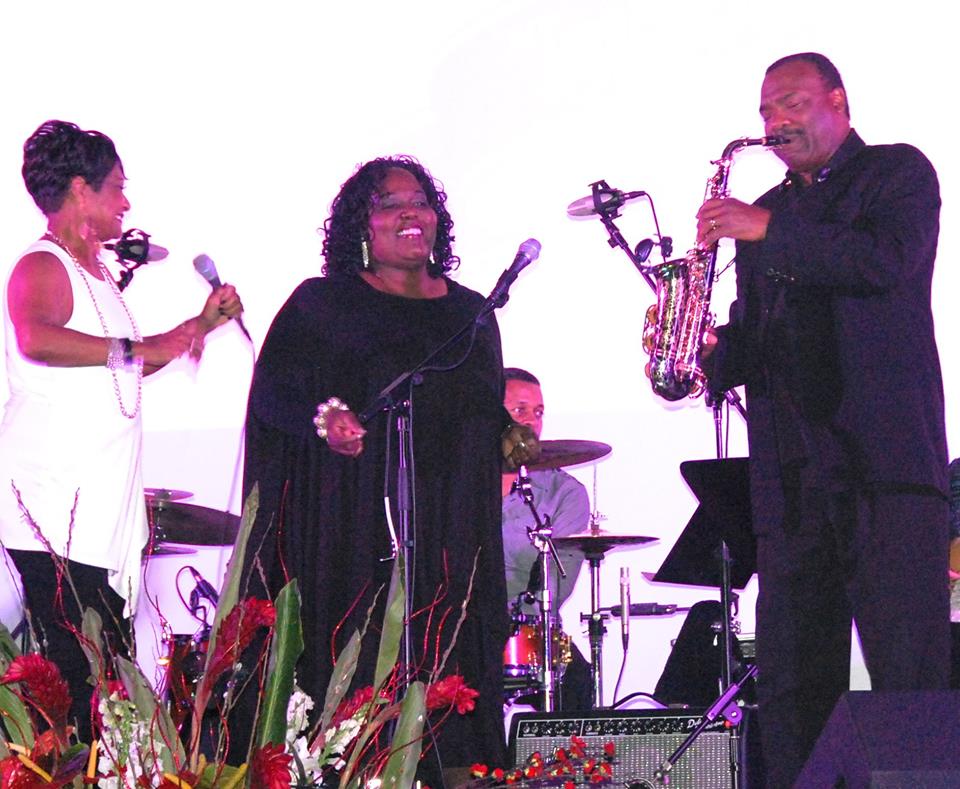 He also talked about his musical heritage as a jazz artist.  “There’s a misunderstanding of my lineage.  I grew up being mentored by some of the greatest musicians on the planet like the Jazz Crusaders, Joe Sample, Wilton Felder, Wayne Henderson, my brother, Hubert Laws, Quincy Jones…I am extremely privileged to have that experience, and growing up in that musical environment.  When you talk about straight ahead that was part of my background.  Most people aren’t aware of that.  I incorporate the straight ahead jazz playing into my performances.” 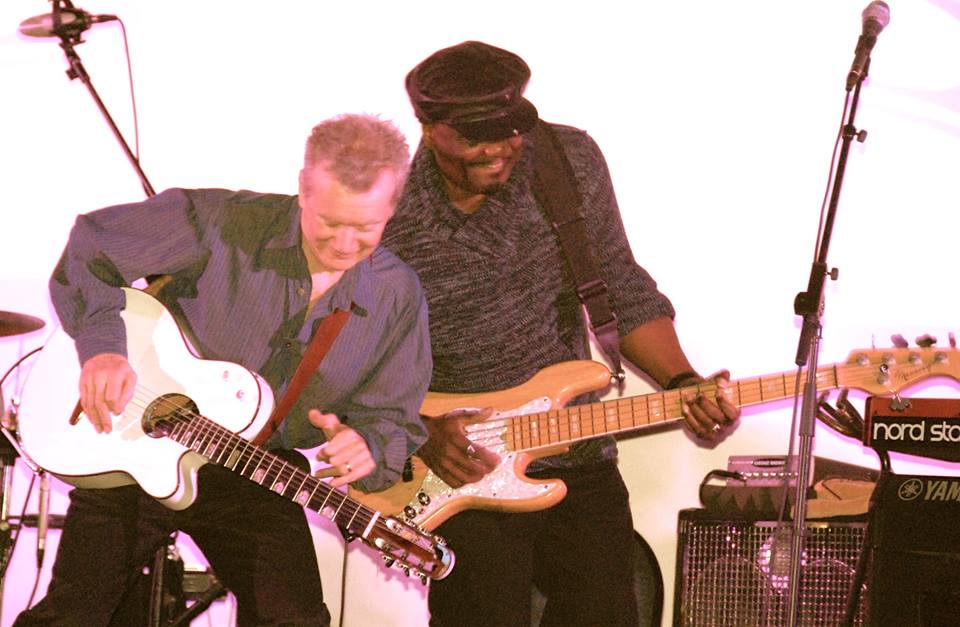 For the grand finale, all the musicians played together.  The evening ended on a celebratory, jazzy note as the whole audience danced to the music.  Jaman and Ronnie Laws stood together blowing their Saxes with fierce abandonment, and then unexpectedly Ronnie Laws took Jaman’s sax and played two at a time.  It was a remarkable moment watching father and son capture the magical feeling of love for the music, love for each other, and love for performing for such a great cause.

Pat Prescott summed up the reason why we were all there tonight, “There are always nice surprises that come along with the very talented people here tonight.  However, the kids are really the highlight   you can never over estimate the value giving a child the spotlight, because it is giving them an affirmation that what they are doing is good.”

The Upcoming Release Of New Art Books YOSHITAKA AMANO: ILLUSTRATIONS And THE ART OF CASTLE IN THE SKY