On Tuesday, July 12th, Greg Manning’s quintet entertained the crowd with music that bespoke gorgeous elegance and funky/soulful sounds, at The Festival of Art’s concert series, in Laguna Beach. The Festival of Arts’ roster of world-famous musicians and music aficionados introduce their favorite up and coming performers for the 2016 Rising Star schedule.  Two-time Grammy Award nominated saxophonist Mindi Abair introduced her longtime friend to the audience.  “I’m here to present my friend…  What you guys see are the records coming out, the photos, and the Facebook posts, but what you don’t see are the stories behind the art.”

” I’m here to put the story behind what you’re going to see tonight.”

Abair then shared a passionate and intimate account of an artist’s life as it pertained to she and Greg Manning.  “You’re going to see one of the coolest artists that is around.  I know him as my college pal.  We started at Berklee College of Music.  He’s from Switzerland and I am from Florida – couldn’t be farther apart geographically than that. After college we both went on to tour with Jonathan Butler and toured the world together.”

When it was time to have an individual career, Mindi Abair felt she needed some support and the first person she called was her friend Greg Manning.  Mindi continued telling the story, “For a lot of artists who have their stuff out in the world, it’s not easy to succeed.  It didn’t just happen over- night.  We all need help.  I needed help.   When I signed to Verve records many years ago, I didn’t have a budget, but I knew I had to come up with some songs.  I wrote a couple of things but I don’t play the keyboard very well.”  She looked at the audience and asked, “You need a friend right?”  So I called my college buddy, Greg, and said, ‘come over to my house’…this little tiny bungalow in Hollywood…’and would you play on a couple of songs to show them I got something.  I got something to say.’

Mindi Abair’s warmth and love for Greg Manning emanated throughout the crowd.

“He came over.  He played for free.  He played on my first two number one hits.  Didn’t get paid a dime but I told him, ‘I’ll get you. When I get paid, you’ll get paid.’  (pause) and he got paid.  Then when Greg made his record, he called me.  I got to play on his first number one single hit.  It’s fun to share those times when you need each other and want each other and can make music together…art together.

And that’s what I wanted you guys to know.  It’s deeper than just the photo you see on the CD cover or the number one hit you see on Billboard.  It’s stories, it’s friendships, all these guys and I have made a lot of music over the years… and I hope you, the fans understand that and listen to the music differently now.  Greg Manning is one of the best keyboardists on the planet.  Taking all that into consideration, that is probably the longest intro you’ll ever have, but the most meaningful and heartfelt.   Give it up for Greg Manning.”

The soft spoken musician revealed that he didn’t really care about music when he was growing up in Switzerland until he heard a song that changed the course of his life.  Turning to the fabulous Yamaha acoustic piano, Greg Manning danced across the keys with a few lush lyrical chords that floated over the ears, which then turned into a hip soulful rendition of Stevie Wonder’s song, Isn’t She Lovely.

When playing one of his original compositions After the Rain, we heard Manning’s articulate composing abilities.  The song started off with a gospel feel that transformed into a gorgeous set of poetic chords, then Donald Hayes blew a deep, bluesy intro.  Manning surprised the listener by pausing then pounding the keyboard with a staccato dynamic, then supported Hayes down home church playing as they built to opening the tune up for the rest of the band’s full sound.  Donald Hayes closed his eyes and felt the melody, getting into the soulfulness of the piece…and Greg Manning showed off his virtuosity by handling the acoustic piano and electronic Yamaha at the same time.

The guitar player, Darrell Crooks looked up to the heavens enjoying the mood.  Manning showed off a multitude of colors and dynamics throughout the composition that kept the listener inspired.  Darrell Crooks took to singing with his guitar, matching the the high notes with perfect pitch and funky picking.  Donald Hayes ended the number with ripping up and down the lines.  One felt like saying, “Amen,” when the song finished.

The two college buddies joined together at the end of Greg Manning’s set and rocked the house with Greg Manning’s hit song Dance With You.  Abair snuck over to where Manning was playing and they created an enchanting coupling of music and mutual respect as you watched the chemistry between the two musicians.   The audience demanded an encore and the night concluded with the Greg Manning’s quintet and Mindi Abair delivering the fun loving, Mercy, Mercy.

Greg Manning so eloquently talked about why he loved being a musician, “I don’t want to get political, but the one thing I want to say is: I am really so grateful to be a musician, because musicians early on learn that every instrument matters.  It doesn’t matter if you play the saxophone, the bass or the drums because if any of us drops out, we’re in trouble.  That’s a great gift of all music, you learn to listen and appreciate every instrument.”

Follow who will be playing at the Laguna Beach Rising stars 2016 schedule here: 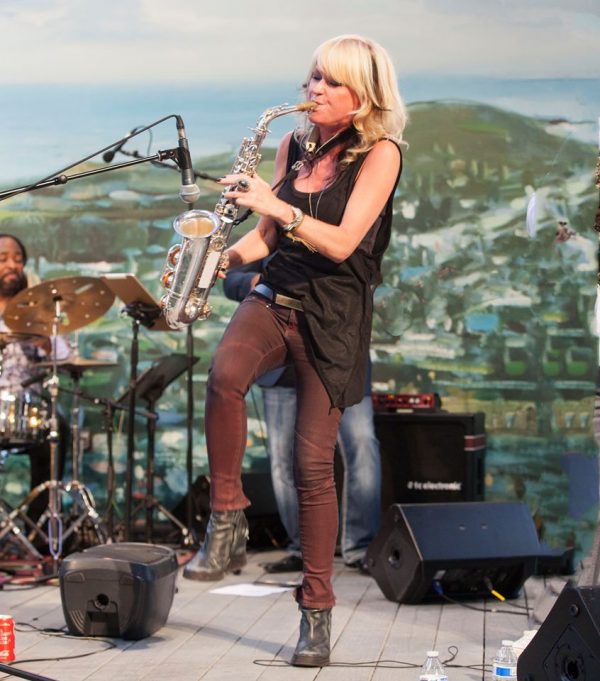 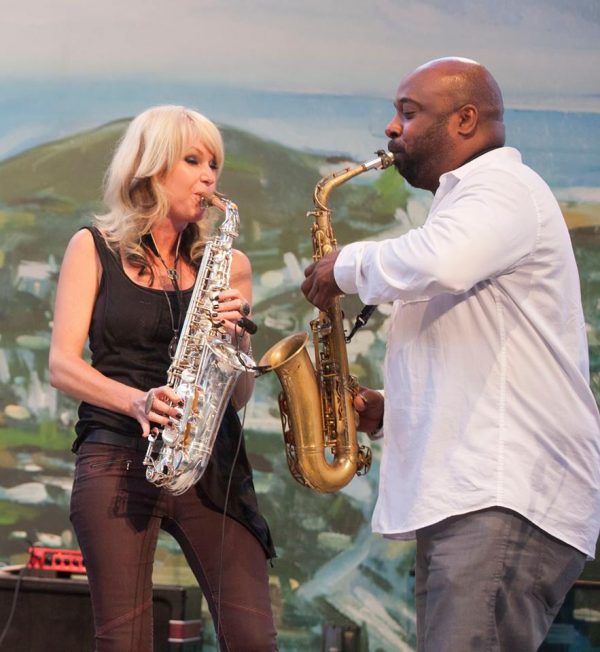 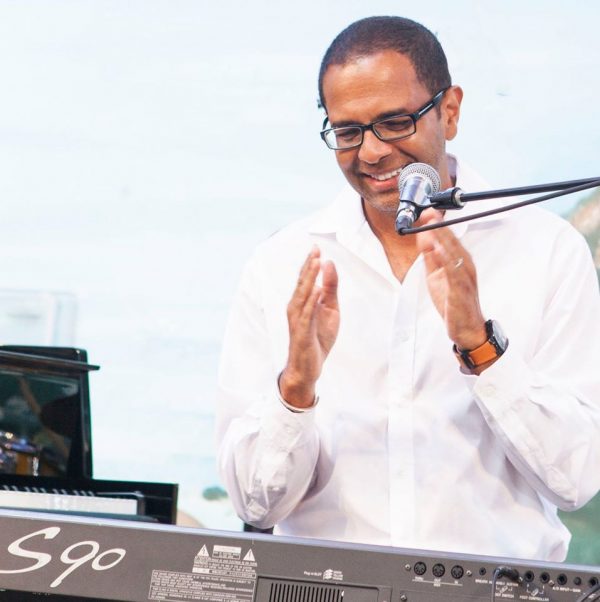 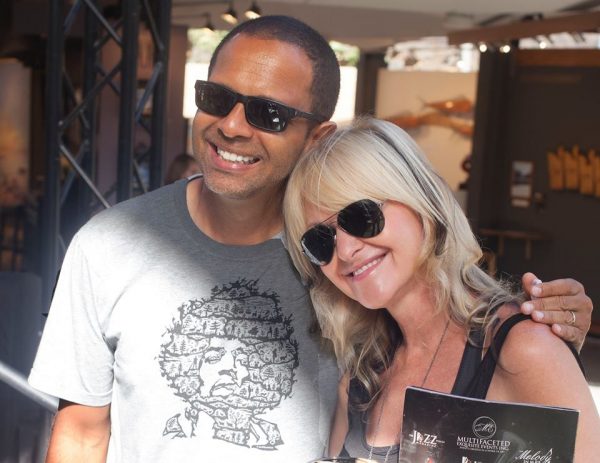 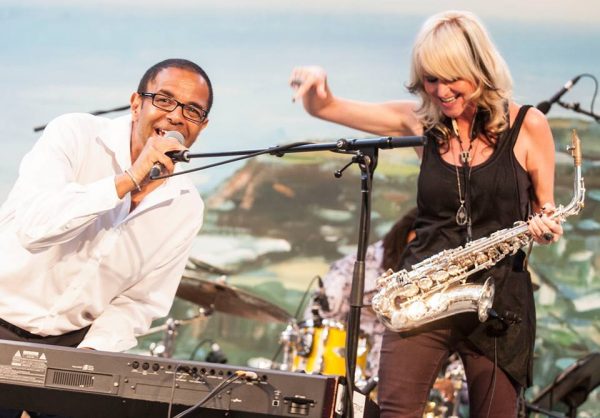 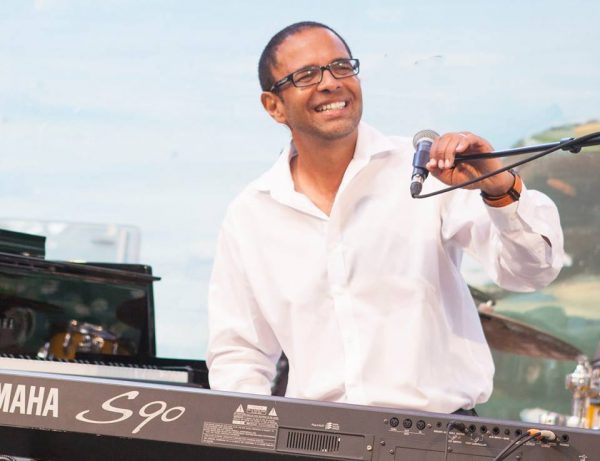 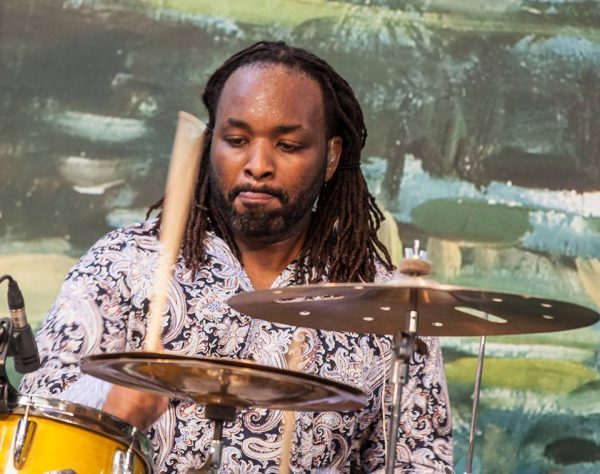 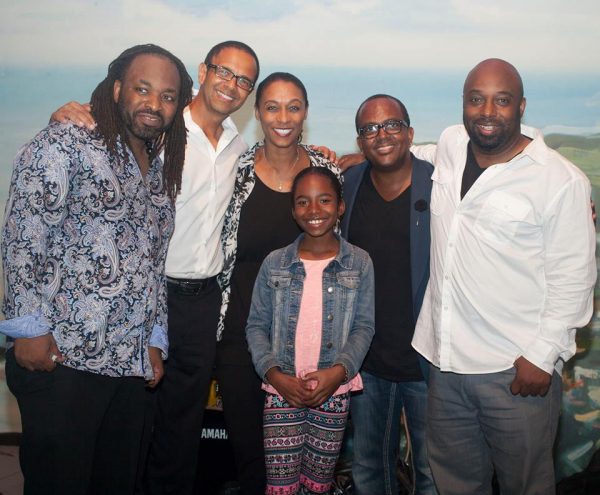 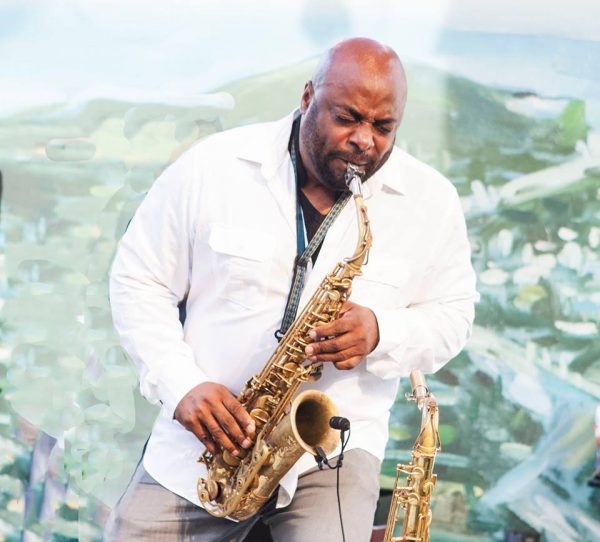 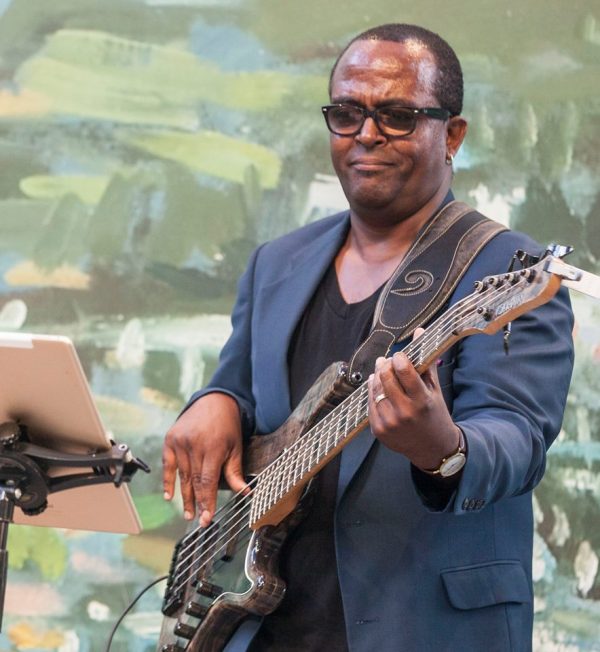 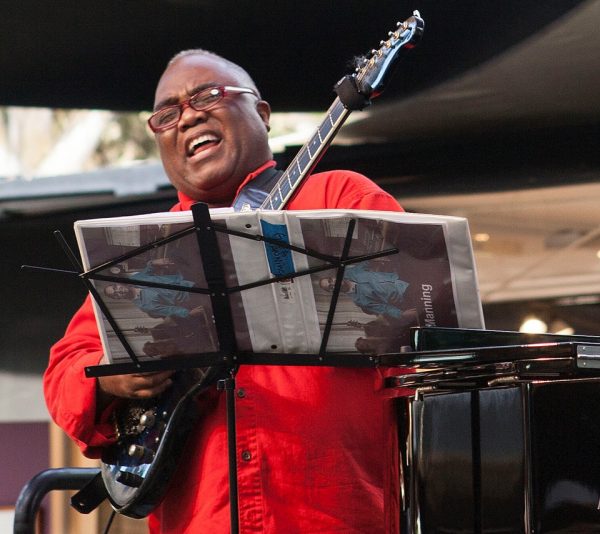 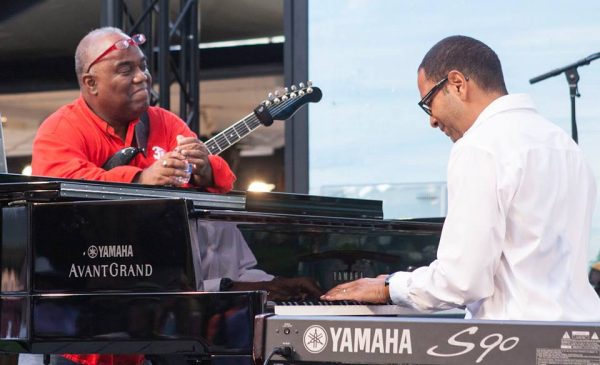 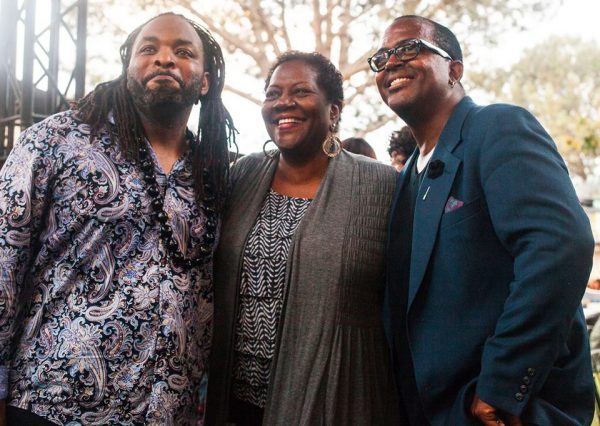 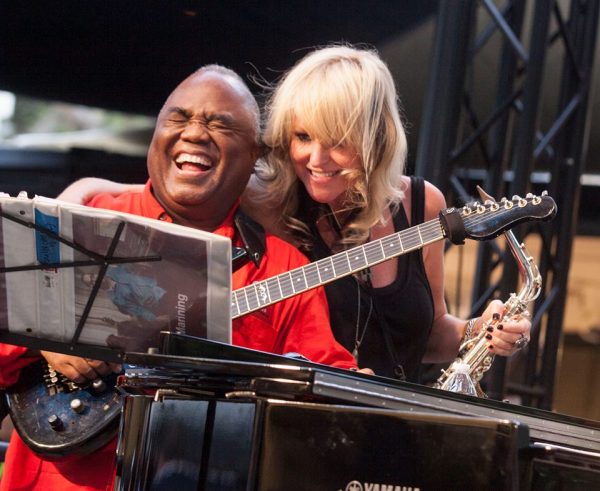 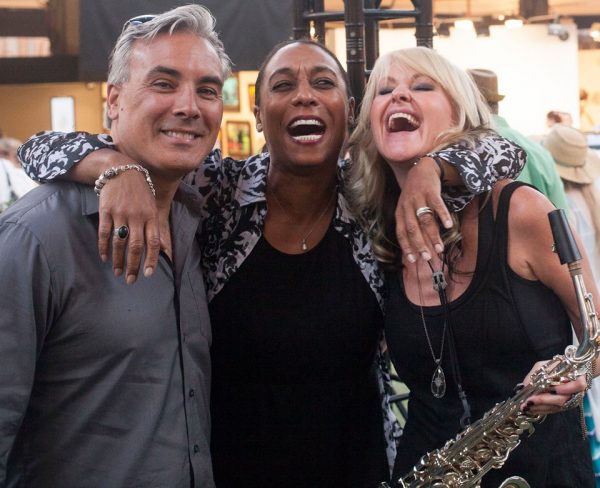 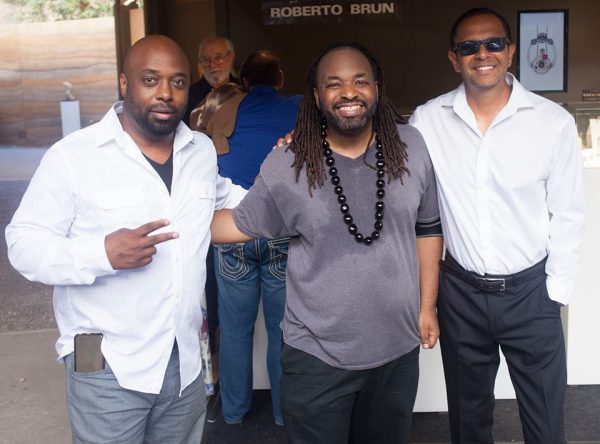 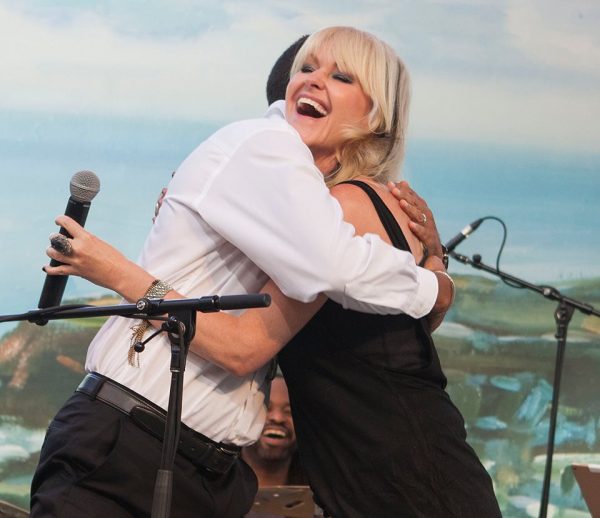