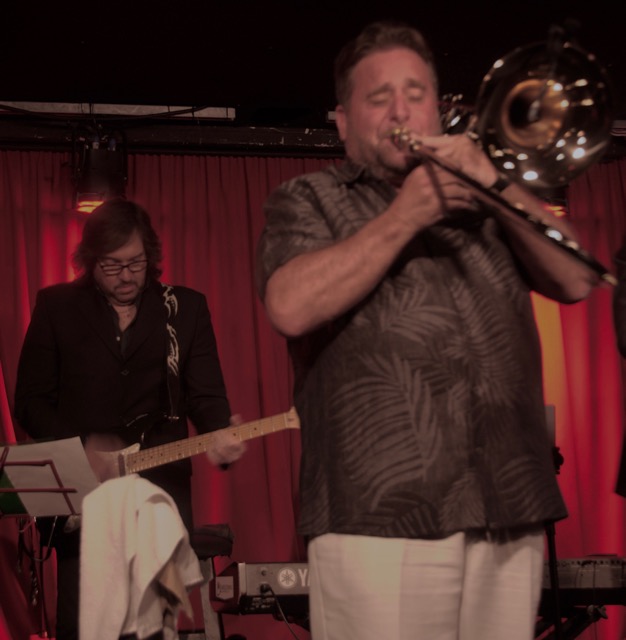 The music was flavored by some old fashioned soul and funk intermixed with refreshing upbeat arrangements that were plushly accented by the horn section, the always deep rich funky plucking of Darryl Williams Page II on bass, the deft drumming of Tony Moore, and cracker jack keyboard playing of Greg Manning. Gail Jhonson, musical director, was the consummate central force that crushed the keys while lending a feminine charm, Kevin Chokan gave an rock feel with his ripped guitar playing, Mitch Manaker, was fluid and crystal clear with the outlay of phrasing on the trumpet and Steve Nieves blew boldly on the sax whipping up a storm. 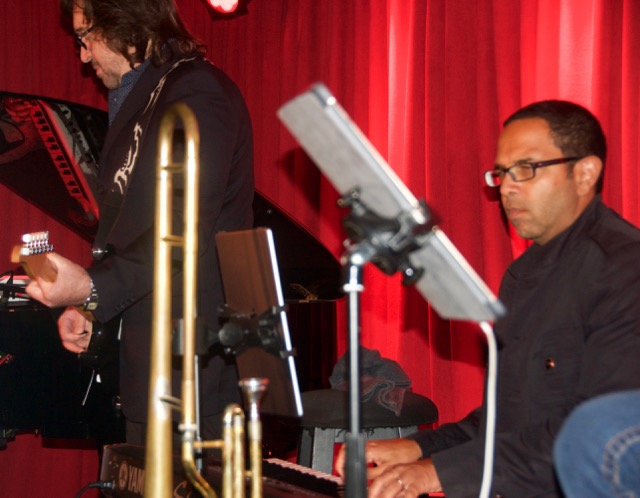 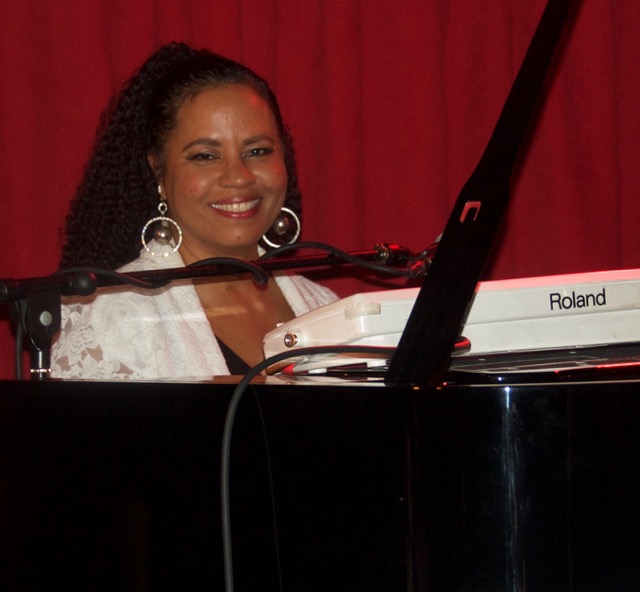 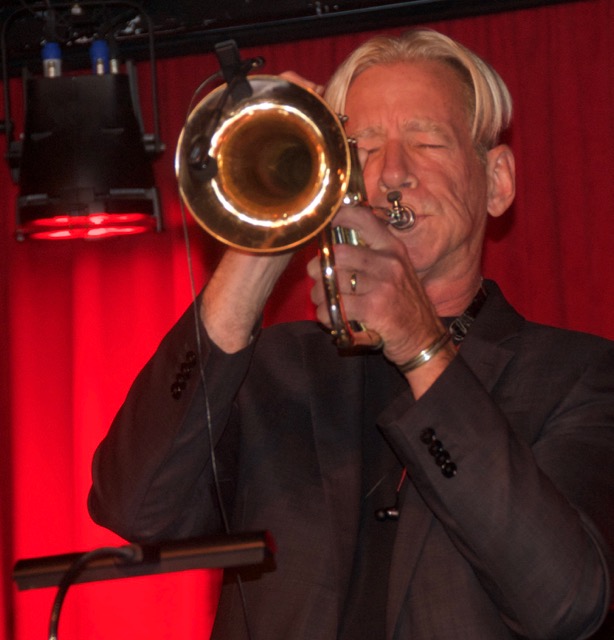 But Geoff Alpert stole the night with his expert, easy sliding on the bone with such heartfelt love. He cut loose at times, he flowed, he traded of riffs with expertise, he was playing from his soul.

Here are some standout moments during the performance.  On the song, “Don’t Ask My Neighbors,” Aanhka Neal and Tamina Khyrah-joi supplied soft, romantic vocals as the horns uplifted the smooth feel with their full blown sound.  “Zen Funk” filtered a Far East chill vibe then switched gears as Darryl Williams bopped a rhythmic popping bass solo and the rest of the band followed, speeding up into double time.  (We heard that song twice as Geoff wanted to play it again for his martial arts teacher who had missed hearing it.  “Zen Funk” sounded delightful both times!)  Lastly, Geoff Alpert poured out a torrent of emotion when he performed “Thinking About You,” which was dedicated to his mother and late wife.  He and Gail Jhonson exchanged dashing riffs at one point that exploded with an exaltation of poignancy.  It was a lovely tribute.

Geoff Alpert certainly opened all of our hearts with his new music on Thursday night.  Here’s a musician who really knows how to front a band with his deft trombone playing.

If you like more information on Geoff Alpert or buy his CD, “Open Your Heart,” please go to: https://www.facebook.com/geoffalpertmusic/ 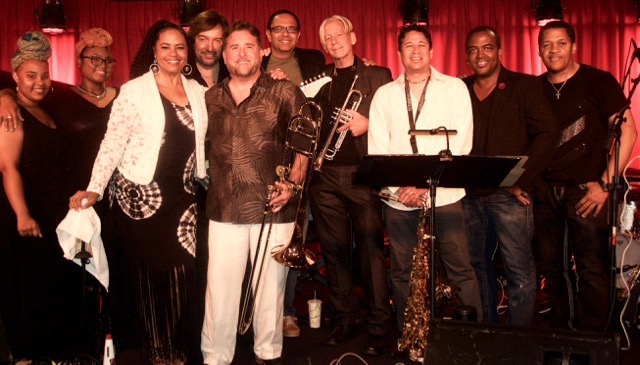