Greg O’Connor knew at very young age he wanted to be a composer.  He began playing the piano at four years of age, and he spent hours in his bedroom conducting his imaginary orchestra of stuffed animals.  Studying piano at the Bryn Mawr Conservatory of Music in Philadelphia at the age of seven, he developed his technique and skills as a musician.  “I started playing when I was four after my mother received a piano as a gift from my father. As a kid, I used to conduct my stuffed animals to The Beatles records in the attic. I would play my favorite songs that I heard on the radio by ear, trying to figure out what they were doing.”

Playing the piano and alto saxophone in middle school lit a fire in Greg. He had musical ideas percolating inside his creative mind.  By the eighth grade, he had written his first composition for his parents’ anniversary.  The composer said, “The first thing I recall writing was an instrumental piece for my parent’s 20th anniversary.  It felt like a movie score.”

Greg has composed music for over 570 television episodes, has been nominated four times for a Prime Time Emmy, and won an Emmy for the song, A Wonderful Normal Day (MadTV).  He also has applied his talents to writing scores and songs for films, commercials and recording artists of all genres of music. “My first TV scoring job was The Sunday Comics on FOX. It was a live standup comedy show shot at the Palace Theater.  The sketch segments included parodies of various films. It was one of the first sketch shows that pioneered that idea.  A year later, Ben Stiller saw something on The Sunday Comics that caught his eye, so he hired me to score The Ben Stiller Show. Two years later, one of the producers of The Ben Stiller Show became a producer for MadTV and he introduced me to the creators Adam Small and Fax Bahr.” 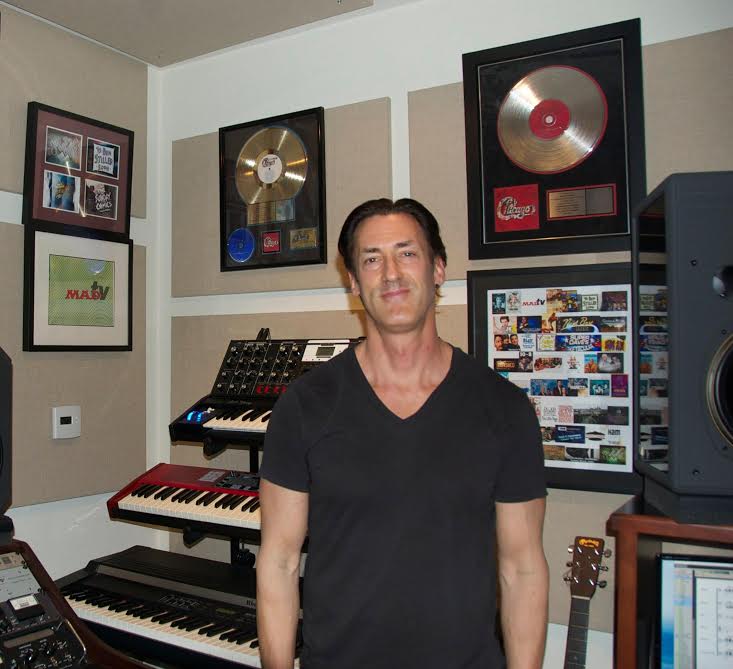 O’Connor served as the composer and songwriter for all fourteen seasons of MadTV  Composing music for comedy is an art unto itself, because of the many complicated elements involved.  The music can’t just be on the nose comedy. It must also reflect more subtle emotions.  Greg talked about some of the ways he works in this genre. “Playing into the comedy can ruin a joke. You don’t want to make anything too obvious.  If there’s a subtle way to get there, that usually works best.  Sometimes you want to play something musically that runs counter to the emotion of the scene.”  He cited an example from MadTV where they were doing a parody of the Wizard of Oz and he wanted to score a dark scene with suspense. The executive producer suggested playing the music against the suspense of the scene by making the score happy. The characters are then oblivious to the danger. O’Connor rescored the music and it worked perfectly. It was much funnier that way.

One of Greg’s long time songwriting partners is James Pankow from the band Chicago.  Together they have written two Billboard Top 20 AC Songs, The Only One and Show me A Sign, as well as the song, Here With Me from the Chicago album, Stone of Sisyphus.  The introduction to Pankow came from Rev. George C. Wiskirchen, a priest who was the head of the University of Notre Dame Jazz Department and a highly regarded music educator. He taught Chicago founding member James Pankow at Notre Dame High School in Niles, Illinois. When Wiskirchen later became the head of the Jazz Department at The University of Notre Dame, O’Connor studied under him.

“I asked Father George if he would introduce me to Jimmy.  This was the beginning of a wonderful collaboration.”

Interestingly, the album Stone of Sisyphus was a bit controversial for Chicago because they wanted to write and play more experimental music. Due to creative differences, Warner Bros. refused to release it.  Greg talked about the historical context of the song Here With Me. “This song went through many incarnations.   At that time, Chicago was in a state of reinvention after having been pigeon holed into being a mainstream pop ballad band throughout the 80s. The song started out as a mainstream ballad. Then we decided it should be more experimental so we tried to think outside the box. Jimmy brought in Robert Lamm to help write the lyrics. We tried to use different orchestrations and interesting chord changes to stretch outside the traditional boundaries. There is a classical style instrumental interlude in the song as well. Jimmy and I were writing from our hearts, as was the rest of the band at that time. The album was finally released 15 years after the recording. There is always a common thread writing for Chicago. The horns are like another vocal in the band. It is important to leave space in the vocal melodies for the horns.”

Currently, Greg is scoring a few interesting projects. He is the composer for the virtual reality film series, Defrost produced by Tanna Frederick and directed/written/produced by Randal Kleiser. Greg wrote all the opening songs for the new hit ABC summer series Greatest Hits produced by Grammy Awards producer Ken Ehrlich, and he is composing all the music again for a reboot of MadTV on the CW, which premieres July 26th.  He also collaborated with Mitch Grassi and Scott Hoying of the group Pentatonix to write the theme song for the new television series, Gay Skit Happens on Logo TV. During awards season, Greg was the Musical Director for the Art Directors Guild Awards. 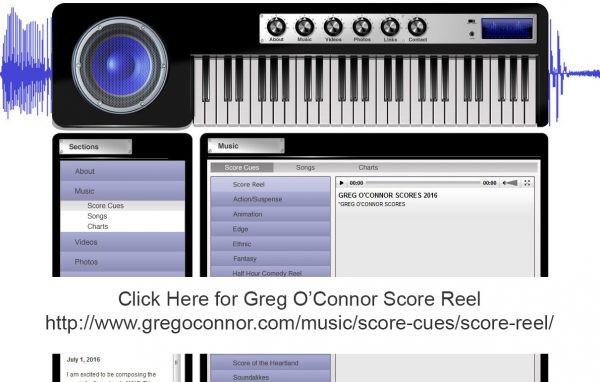 I had heard the score to Defrost last summer as they previewed the virtual reality movie at Director, Randal Kleiser’s house.  Here’s what I wrote: I watched Defrost twice, first for the story, second to hear the musical score.  As I sat in my swivel chair I did feel isolated because my senses were totally concentrated on my immersion into the story. Someone had bumped into me momentarily and that human contact immediately tapped into how vulnerable my body was floating in a space where I couldn’t protect myself without sight.  The eerie sensation of being rolled through corridors overcame me because I was now in the mindset of Joan Garrison seeing and hearing life again for the first time. I heard the unnerving soft breathing sounds the musical score subtly infused. Then the suspense is heightened because Joan gets to see what she looks like for the first time and the music is brilliantly layered by a heartbeat pumping fast then slips beat by beat into a quiet acceptance of her dilemma. The doctor tells Joan to go to sleep and the screen shuts down by being sucked into a void of darkness. Scary!

When I interviewed Greg about what he was attempting to do with the score to Defrost, he said, “Randal and I felt that the musical drama should be played from the point of view of what was going on inside Joan’s head. She was trying to put all the pieces of her memories back together after having been in a coma for thirty years. There were vulnerable moments, subtle support moments when her daughter makes an intimate connection with her, and fearful emotions when her family leaves as she is taken back to the doctor.” 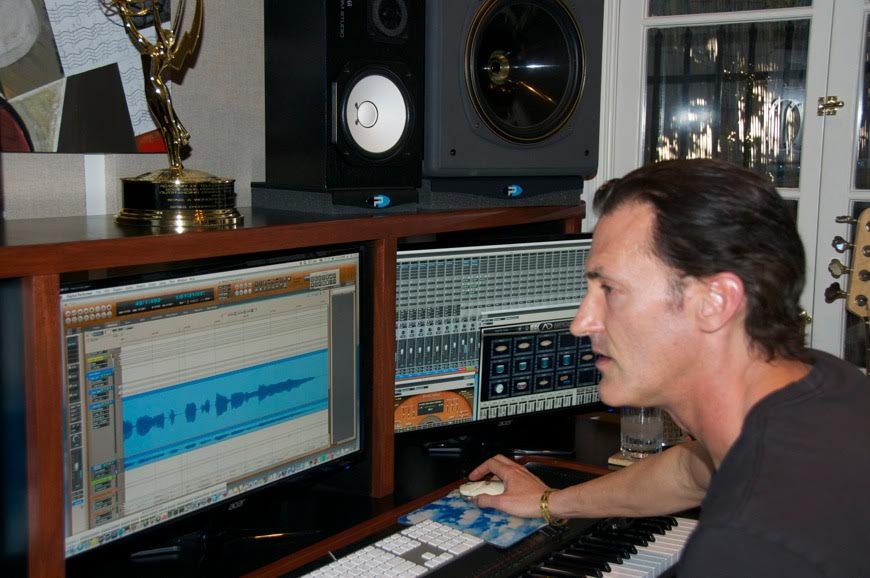 Greg O’Connor has scored big in the world of composing and songwriting. His philosophy for writing in many different genres is simple, “Music is an additional character in the story. My job, first and foremost, is to enhance or lift the emotion on screen and to add a layer to the story telling without getting in the way.  For me musically, I am a melody guy. I have always loved the scores of John Williams, Dave Grusin, Jerry Goldsmith and Alan Silvestri. I believe there are always ways to reinvent the traditional score and make it fresh and new again. Combining electronic elements with traditional instrumentation and orchestration is always exciting. The possibilities are endless.”