San Miguel Perez is referred to as “El Tresero Moderno” (The Modern Tresero) in his home country, Cuba. He’s considered one of the best tres and guitar players in Cuba, having won Cubadisco Awards in 2011 and 2014 for Best Tresero and Best Traditional Cuban Music. 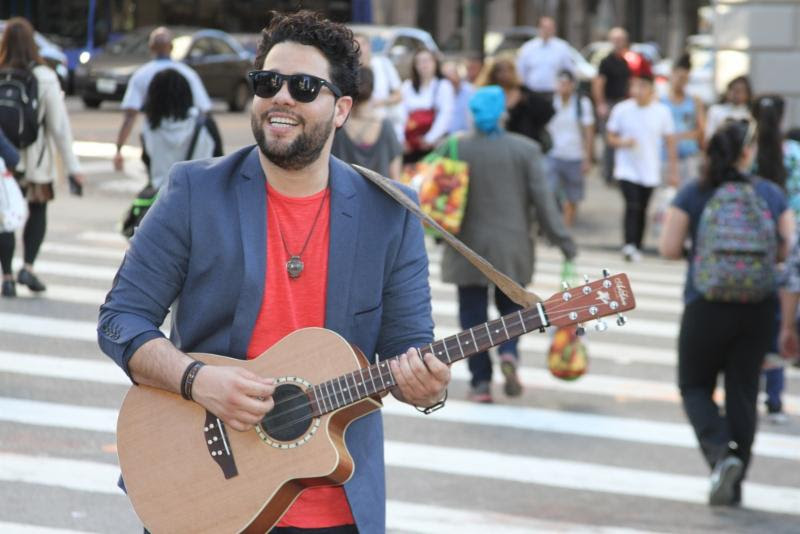 He jumped onto the map during his time as an integral band member for Adalberto Alvarez y Su Son (the “gentleman of Son music”) and Jóvenes Clásicos del Son, Soneros de Verdad, and the new generation of the legendary Buena Vista Social Club. He also played a part in the GRAMMY nominated production 100 Sones of Edesio Alejandro.

In the Spring, San Miguel Perez brings us a new album: UN POQUITO DE AMOR EVERYDAY with a single of the same name featuring a Spanish/English collaboration with Colin Hay that Perez says, “promotes uniting cultures, affinities, music and gives everyone a little happiness every day.”. For Perez, the song provided him a space for more melodic experimentation. “I always wanted to mix my Cuban roots with a rock/pop sound. I was lucky enough to be able to work with Colin Hay who immediately related to the messaging of the song and just naturally wanted to collaborate in the creation of the melody and the chorus, with the help of Cecilia Noël.” Hay says that as soon as he heard the song idea, he “found it full of innocence and infectious melody. The chorus simply popped into my head.” And the natural attraction to the song extended into the message, which Hay describes as ‘extremely meaningful’.