As Linita Masters and I were leaving NAMM one night this past January, we heard a band playing on the street that caught both of our keen listening ears.  We stopped and observed.  To our delight, the music was sophisticated, flavorful with a jazzy twist, yet rocked and ran deep with hints of a soulful beat.

The lead singer’s voice flexed powerful and sonorous.  When he put the trumpet to his mouth blowing riffs like Freddie Hubbard, I was hooked.  Their name: DenManTau.

On April 21st, DenManTau performed at The Hotel Café in Hollywood. DenManTau hails from Germany and they exude the distinct qualities of busking (which means an Artist who performs on the streets, which is very common in Europe.) Many of their fans have come to know them this way in Los Angeles, and they came out in droves to hear DenManTau live at Hotel Cafe Los Angeles. 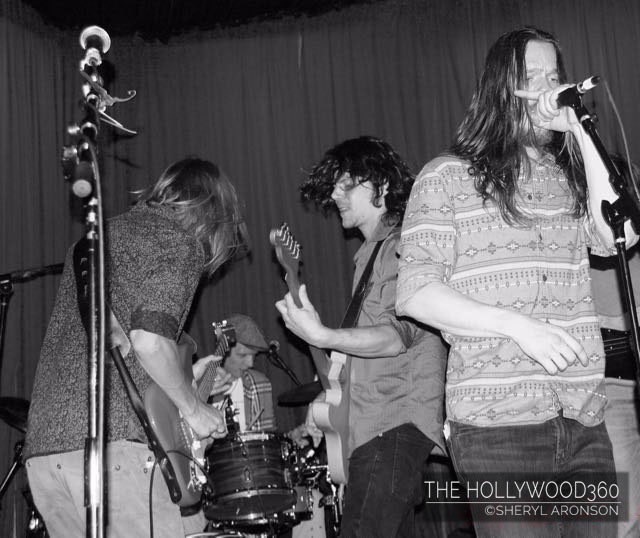 If you love a unique blend of jazzy/supersonic rock’n’roll/with hints of Led Zeplin, The Red Hot Chile Peppers/ Freddie Hubbard/ a tad of straight ahead jazz/alternative rock with great lyrics and very hip rhythms and vocals… that describes  DenManTau!!!!  You will dance, rock out, get down, and have your heart captured by this exotic blend of music. While jamming, each musician’s long, gorgeous locks of hair fly wildly about their faces creating quite a spectacle.

You can catch DenManTau’s last performance in LA before they take off for their European tour on May 2nd.  This Friday night, April 28th, DenManTau will play in Brentwood where everyone can party with the band.   All monies are going to their Indiegogo Fund Me Campaign for their newest CD, https://igg.me/at/dmtdarklight.

I talked with the guitar player, Jonas Jones after their performance on Friday night.  Here’s our interview.

The Hollywood 360:  You are doing an Indiegogo Fund Me campaign for your newest CD release.

Jonas Jones:  We are doing this for our new album, Dark Light which is pretty much the product of us living in the States making music on the streets and traveling around.  We are coming from a different country and we put our experiences into this album.  We are inspired by everything we see.  Dark Light is the concept of coming to the city and experiencing the beauty and the beast.

The Hollywood 360:  Your band has gotten a lot of exposure from playing on the streets.

Jonas Jones:  A lot of our audience tonight are people who heard us on the streets.  From there though, we met Producers, got in the studio and recorded our music.  Dark Light is our 4th CD.  It will be seven songs.  This time it will be a crowd funding campaign.

The Hollywood 360:  Let’s hear more about your campaign.

Jonas Jones:  This time we want to give back to the people in need on the street because we experienced so much while we were writing our songs and playing on the streets of LA.  Dark Light talks about the dark part of life, that there are so many people in need and are hungry, homeless.  We are going to take a part of the crowd funding money and bake our self-made German bread that is very healthy.  We used to eat it a lot when our money was tight.  It’s very cost effective to make and we used to live on it.  So we already started the charity part of our campaign to bake the bread for the homeless and people can follow us doing this.  The more money we make, the more bread we can bake and hand out to the people in need.  I just heard that LA has one of the highest homeless populations.  It’s time to raise awareness. 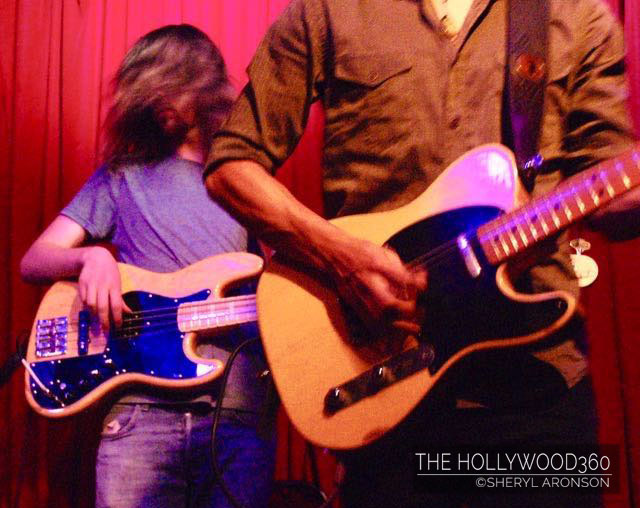 The Hollywood 360:  DenManTau has gone through some very interesting times since you’ve come to the United States from Germany.

Jonas Jones:  Yes.  Dark Light is our expression of seeing the good side and the bad side of this city.  We love this city very much.  We’ve been able to build a big network and go and hop from one party to the next playing our music.

The Hollywood 360:  When are you leaving for your European tour?

Jonas Jones:  We leave on the 2nd of May to Germany for a 4-month trip.  We haven’t been there for three years because we’ve been establishing a reputation here.  We plan on releasing the CD after the crowd funding is done.  We are going to play shows in Hamburg, Kern, Berlin and smaller cities in Germany and then we are going to play in France, Belgium, Italy and Austria.

The Hollywood 360:  Talk about DenManTau’s sound.  It is such a mixture of genres.

Jonas Jones:  A lot of people hear the influence of the Red Hot Chili Peppers but also Led Zeplin… we are merging a lot of music.  We like electronic music.  The more unconventional, the better.  We grew up with Pink Floyd, we listened to funk and rock.  Over time,  we have also listened to Radio Head and more experimental music…but then we have a time when we only listen to Jazz.  You make your own kind of music.  When I write a song, I think about the lyric and message I want to say, I don’t think about what it will sound like at first.  I think about what is serving the song or message I am trying to convey. I also like Nick Drake and his guitar picking so I bring that into my playing,

The Hollywood 360:  I’ve noticed that in Europe you see so many street musicians play who are professional.

Jonas Jones: When we were in Australia we also played a lot on the streets.  It is called busking, or street performing.  It doesn’t just pertain to musicians performing,  it means anyone on the streets selling their wares.  Just performing on the streets for a donation.  It is a British term.

The Hollywood 360:  Anything else you would like to say?

Jonas Jones:  The most important thing for us is everything is connected to the Dark Light campaign.  Because we’re leaving on May 2nd, we are going to have a big, last show in Brentwood on April 28th.  You can contact us on our Facebook site, or Twitter, Instagram.  The tickets will be $30.00 and you will get the CD, food, you get to be with us for our first time video release.  All ticket sales go into our crowd funding.  And you can eat our bread there as well.  Your money will also go to our bread feeding charity campaign.  It will be our last show in LA for a long time.

We still have lots of songs we need to finish recording here in LA, so we will be back in September.

You are guaranteed a superb night of music and fun on April 28th.  Come join DenManTau’s Party Celebration and wish them Bon Voyage. 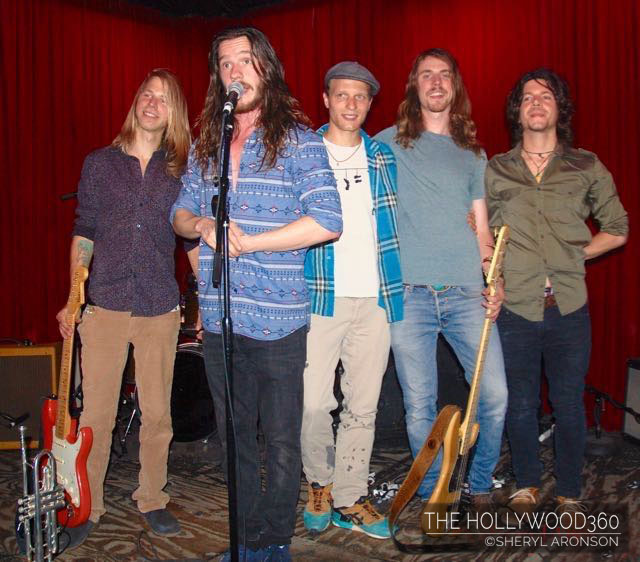