Population – 77,344.  Everywhere one turns, a scene is being filmed.  Members of the community are coming out in droves to be part of the street scenes, volunteering their homes and places of business for locations. Most importantly, the people are contributing their financial support, so the series can be produced.

Here is the city of Camden’s motto:

In a Dream, I Saw a City Invincible.

No doubt, the creative team that has being working diligently everyday, shooting the series…believes in this vision for their city.

“It’s time that the city of Camden, New Jersey gets some exposure for the positive things that the people have produced. Camden has been overlooked for far too long. This city was once home to industrial powerhouses like RCA and Campbell Soup. Walt Whitman penned some of his most iconic works in his modest home on Mickle Blvd. in the city’s downtown section. So many great people have come from the city of Camden. There are so many amazing stories that need to be told. The hot new TV series Chase Street, will open the doors and expose some of the wonderful, untouched talent that the city has to offer.” -Nate Banks Jr., CHASE STREET Series Executive Producer

The Creator/Executive Producer of Chase Street, Denny Brown,  has been documenting the production’s venture on Facebook through his Twitter campaign: #TheCamdenRenaissance, #TheyMakeCamdenGreat.

“There was a particular vision that was clear in my mind when I sat down to create CHASE STREET. The intent of that vision was to make the untapped talent that exist in the residents of Camden the beneficiaries of the success that this wonderful story would imminently produce.

When I see the faces of the beautiful residents of OUR BELOVED CITY, I see a bounty of ultra-creative souls, all possessing an array of gifts that are uniquely all their own. The CHASE STREET production is extremely blessed to be there for the harvest; as will the rest of the world.” -Denny Brown, CHASE STREET Series, Creator/ Executive Producer

Another prominent figure in the community is Benny Mateo.  He has lived in Camden his whole life and created his own record label. After 15 years of successfully running his record label, Mateo founded Interstate Media Group, LLC with the goal of developing content for film and television.  Chase Street is Interstate Media Group’s first foray into television production.

“My belief in the talent of the people in Camden can never be questioned. I’ve always had a passion to give all of them a platform to showcase their talent. When you have that type of fire burning inside of you, eventually you have to do more than talk about it. You have to be willing to go all in to make your vision for the city come to life. My CHASE STREET team has done just that. We’re going above and beyond to bring an amazing story to the world. Take my word for it: Camden’s talent is going to be a force in the entertainment industry.” -Benny Mateo,-CHASE STREET Series, Executive Producer

The Producer Director of Chase Street,  Thomas Freeman, Jr., described the intent of the story for the television series.

“Chase Street represents the people who make up Camden, NJ and how everyone is on a chase. The drug dealers chase the money, the cops chase the dealers, the politicians chase the power and most residents chase a regular life.” -Thomas Freeman,CHASE STREET Series, Producer / Director

“Chase Street is a much needed platform to display the overwhelming talent coming out of Camden, NJ. It’s my pleasure to be the captain that’s directing this visual vessel. Thanks to the producers for trusting me with your prestigious political crime/drama tv series.” -Derrick Hammond, CHASE STREET Series, Director

Lastly, Robert E. Johnson, CEO of Soul Records,  has been participating in this great effort to bring Chase Street into the mainstream market .  Not only is Chase Street about Camden, but it is also about the rest of the cities in America, because they all have a Chase Street.

“As the CEO of Soul Records and Mighty Works Media, it has been a great honor to be called by the Chase Street Production Staff to bring my acting and judicial skills to the screen as the Judge in the Chase Street Television series. Camden NJ is a city that once made everything from a pen to a battleship. Now it is the city that is producing the most amazing and interesting political crime drama television series ever televised.”

“It is also amazing how everyone in the city and outside of the city have become anxious and willing participants in the Chase Street television project – whether that means bringing the acting skills to the screen with well-known and popular actors and actresses, or whether with people who have jumped on board providing funding to get this unbelievable project up and running until its completion. With every one’s support… when this project is completed… Camden and America can surely say:” United We Stand.”

The result is Chase Street, a Political Crime Drama, depicting the chase for power in Camden, NJ, one of America’s poorest and most dangerous cities—a world populated with the colorful, the dangerous, the desperate and the innocent. 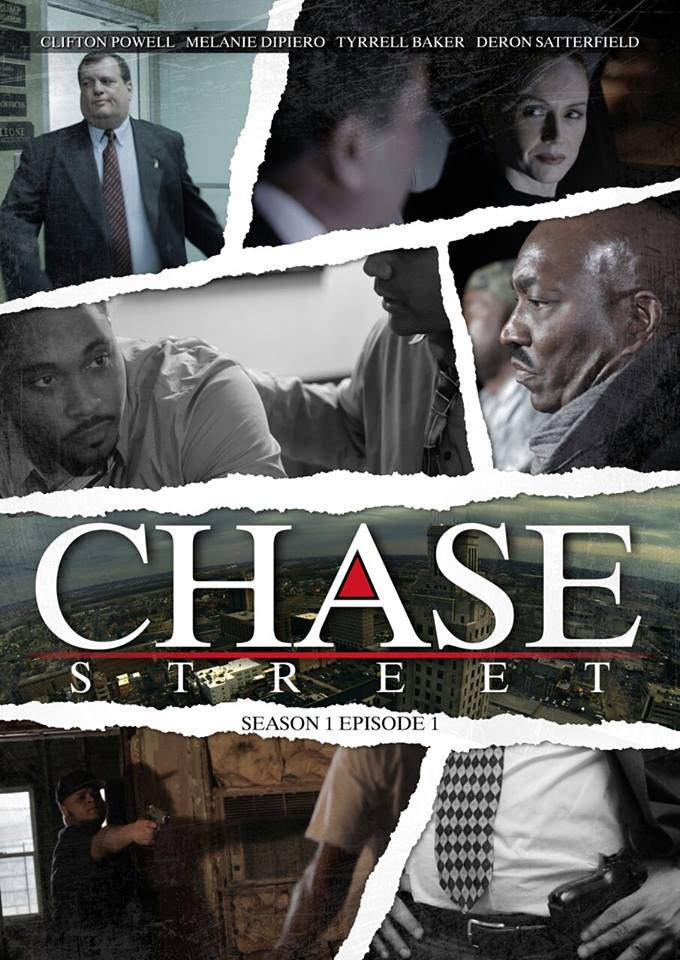 The production team of Chase Street is now bringing their funding campaign forward to all of you who have read this article.  The first episode has been shot by the funding of the citizens of Camden, New Jersey.  The team is getting ready to edit the film and hold a red carpet premiere at the Loew’s Theatre in Cherry Hill, NJ within the next few months.  Chase Street brings Hollywood to Jersey.  Get on board and be a part of this fabulous adventure.

You can donate whatever amount you’re able.  No amount is too small.  Please go to: http://www.watchchasestreet.com/#!donate/zaaf6

To find out about all the exciting news regarding Chase Street Series go to: