Broadway Stars Step Up to Benefit Victims of Orlando Shooting

Broadway’s best and brightest will join forces for a charitable recording of the Burt Bacharach and Hal David song “What the World Needs Now Is Love” to benefit the victims of the Orlando shooting massacre at Pulse nightclub. The single will be produced by Broadway Records, Seth Rudetsky, and James Wesley, the digital download of the single will be available beginning June 20 and will soon after be available on iTunes. 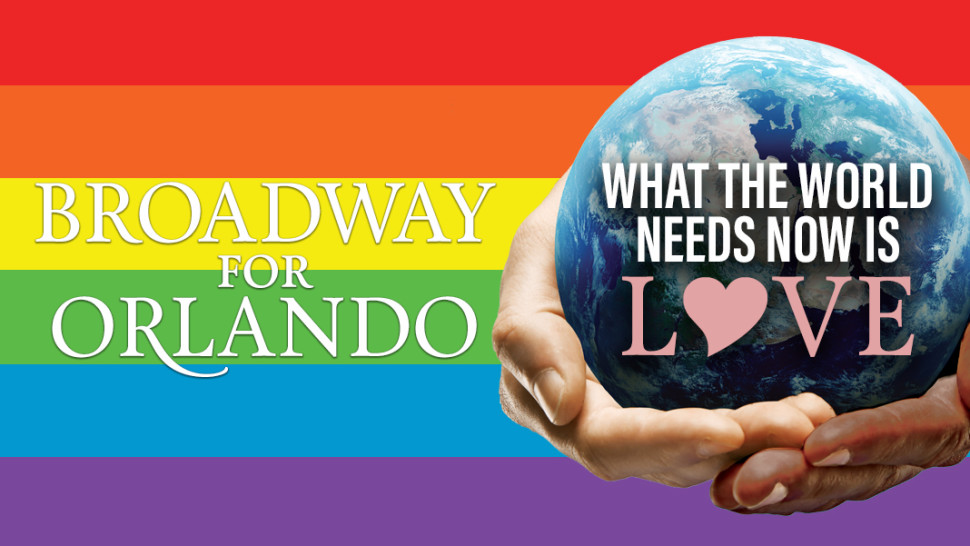 “The Broadway community was so terribly shaken and devastated by the horrific tragedy in Orlando. Everyone wanted to do something as quickly as possible that would truly make a difference. On Monday, my husband James woke me up at 7:30 AM and suggested we rally our friends and colleagues to do a ‘We Are the World’ type recording and raise money for the victims and their families. We started making calls and suddenly we had tons of theatre actors along with an orchestra and the services of a fully-staffed recording studio, all willing to donating their time and talent. Our community of artists has banded together as we always do to show we can end this cycle of violence and intolerance. Love WILL prevail!”- statement from Seth Rudetsky

“What the World Needs Now Is Love” (music by Burt Bacharach and lyrics by Hal David) is executive-produced by Rudetsky, Wesley and Dean, and produced by Michael J. Moritz Jr. and Michael Croiter. Music direction is by Rudetsky, Steve Marzullo, and Marc Shaiman, orchestrations are by Cameron Moncur, and vocal arrangements are by Rudetsky. Marzullo will conduct the 25-piece orchestra.

100% of the proceeds will go to the LGBT Center of Central Florida.

Summer Fun with John Lloyd Young at Feinstein's/54 Below NYC