FIRST-EVER JAPANESE MALE TO BE CHOSEN FOR THE COVER IN THE MAGAZINE’S HISTORY. 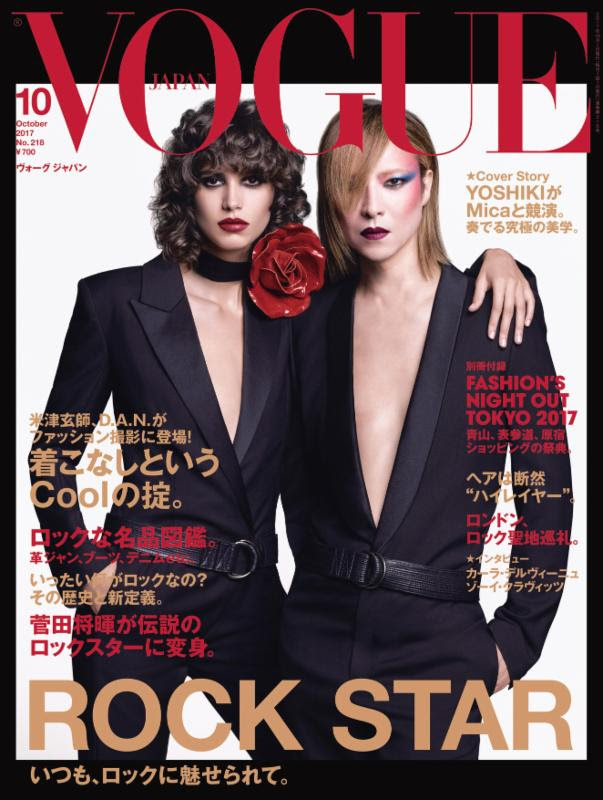 YOSHIKI’s cover shoot was directed by fashion photography duo Luigi & Iango. Made up of Italian Luigi Murenu and Swiss Iango Henzi, the pair are now among the world’s top creators, having produced numerous magazine covers for VANITY FAIR and i-D, as well as famous campaign visuals for the likes of Dior, Tom Ford Beauty, Versace Jeans and Cartier. Joining YOSHIKI on the cover is Argentine super model Mica Arganaraz, who got her big break when she was nominated as the solo model for the Prada campaign in 2014. Mica has walked the runway for high-fashion brands such as Louis Vuitton, Miu Miu and Stella McCartney.

YOSHIKI is in the worldwide spotlight now, following successful live shows this year at New York’s Carnegie Hall (classical piano solo concert) and London‘s Wembley SSE Arena (X Japan). Even while battling post-op rehabilitation, YOSHIKI has achieved the distinction of becoming the first Japanese male to be the “face” of VOGUE JAPAN. In the October issue, YOSHIKI reveals the spirit of rock, and the story will have everyone waiting to see what challenge is next for the music icon. 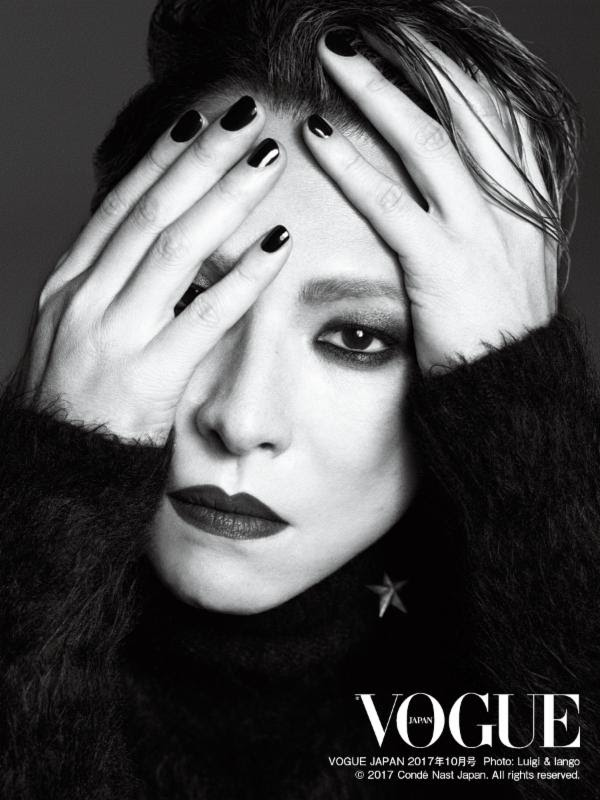 The award-winning X JAPAN music documentary film WE ARE X is gathering acclaim from fans and critics alike in the U.S. Europe and Asia with even moreinternational theatrical premieres to be announced various countries around the world throughout the fall. YOSHIKI is currently in the studio completing X JAPAN’sfirst album in over 21 years, now set for release in 2018.

WE ARE X film via Magnolia Home Entertainment and Hulu: 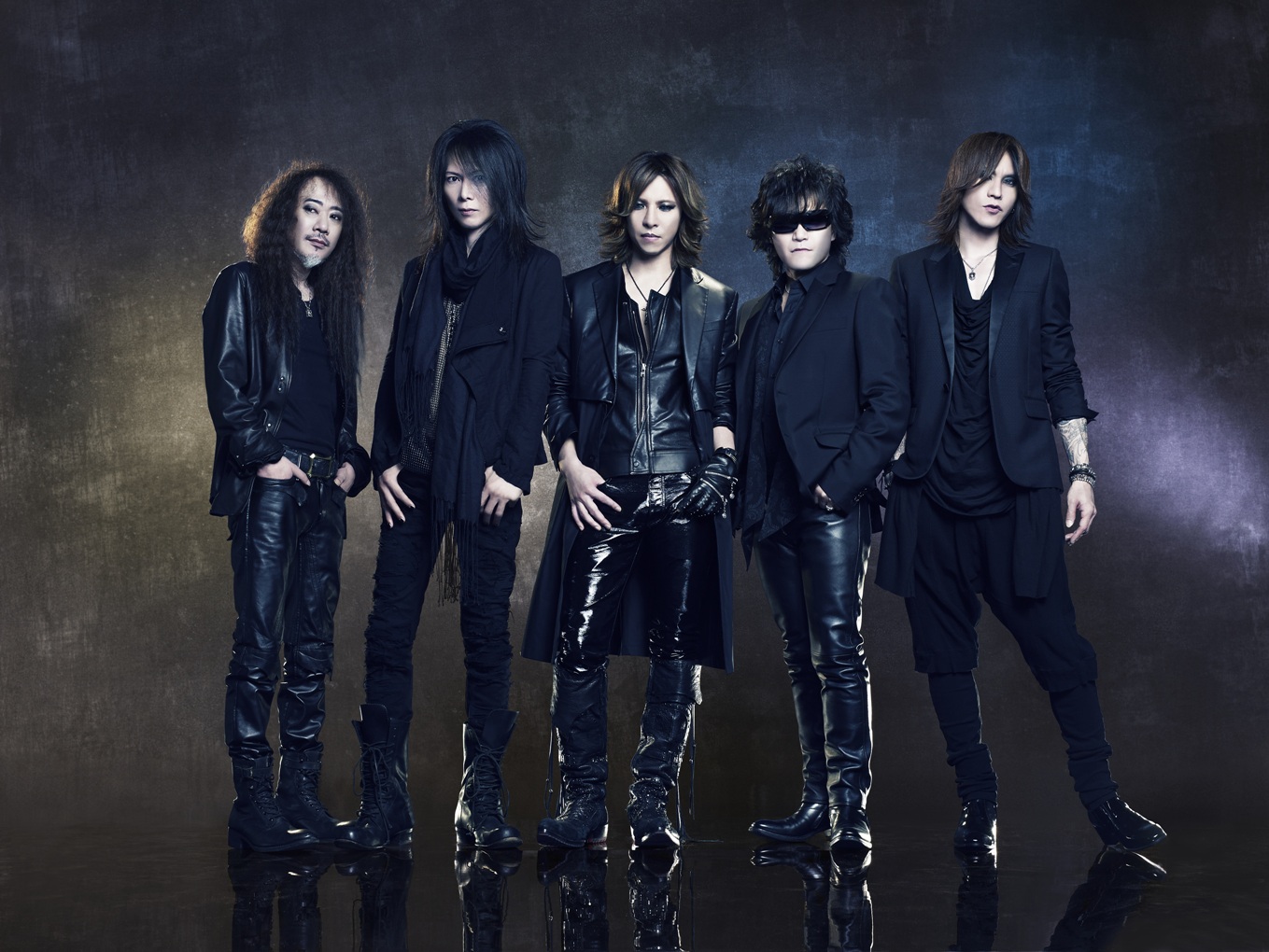 WE ARE X film soundtrack out now via Sony Music’s Legacy Recordings: