Hard Rock band Year of the Locust- YOTL have released the highly anticipated video for their latest single titled “Sunrise”  on http://puregrainaudio.com/. The band is currently on tour with Starset and Palisades. The tour kicked off on January 28th in Charlotte, NC at The Underground and will conclude on March 16th in Columbus, OH. 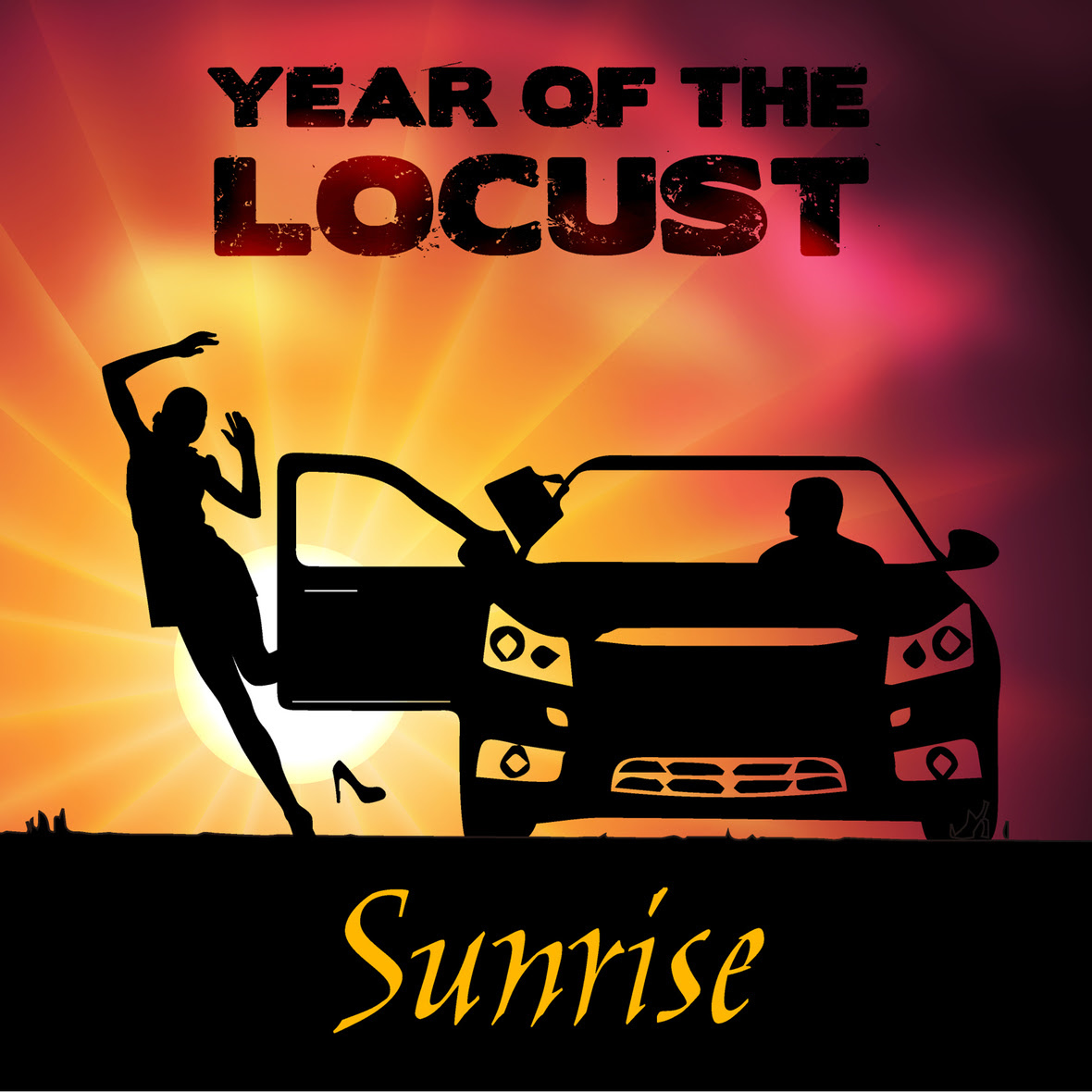 On producing the band’s latest single “Sunrise”, Brian Bond says, “Most songs usually take anywhere from a day to a few weeks to write, but on very rare occasions, magic happens and one just appears. That’s exactly what happened with “Sunrise”. After wrapping up a long day of writing and jamming on other songs, Scotty picked up an acoustic and started strumming and singing an idea that he had. Immediately everyone’s ears perked up and before you knew it all the amps were fired back up. Everyone threw out ideas that all somehow managed to work together perfectly and in less than an hour “Sunrise” was done. Magic like that rarely happens, but even rarer is working with a band that knows when something incredible has shown up and regardless of how tired and exhausted they may be, still takes full advantage of the situation.”

Scotty Mac, vocalist of YOTL, adds, “The lyrics and melodies hit me like a ton of bricks… When a song is written and you are locked into a melody from the very start.. That’s like a Polaroid picture. Moment captured; lighting strikes… And the smell of the burnt soil is undeniable. It sticks with you.”

The video was produced and directed by Steve Sage Productions. Steve Sage said, “Working with Y.O.T.L. was an amazing experience. The guys are professionals on and off the stage. They brought my team and I a treatment and we created something beyond their expectations. This video and the next are going to kick major ass.”

YEAR OF THE LOCUST Rise Up Official Video:

Year of the Locust is a motley collection of personalities from the American Northeast. Hailing from NYC, Washington Dc, and West “By God” Virginia, the band’s sound has come into its own under the watchful eye of producer/guitarist Brain Bonds.

“I remember going to see them at The Masquerade in Atlanta. In the moments before YOTL hit the stage I (and everyone else) heard some sort of guttural gang chant erupt from the backstage area. It really grabbed everyone’s attention. The tenacity they brought to their show and the way they commanded the stage was reminiscent of the arena bands I enjoyed as a kid. That type of power is a unique thing, and I knew I wanted to know more about them.” says Brian Bonds.

What he had heard was the band’s pre-show huddle. A ritual Year of the Locust uses to clear their minds of the day, put aside the rest of the world, and prepare for the show.

In early 2017, after his departure from Florida Georgia Line, Brian toured with Tantric alongside Y.O.T.L. The band would forge a friendship with Brian that would ultimately lead to him producing ‘Rock. Sex. God. Machine.’ later that year, and yielding the single, “Sunrise.”

The “MOVIN” ON” music video made from tour footage in 2017 alongside Puddle of Mudd, Saving Abel, Tantric and Saliva while traveling across America:

In December of 2017 Brian would spend a week in the Catskill Mountains of NY with the band. It was the first time YOTL had been together to create as an entire group. Brian brought them together not only as a family but into something that reflected their collective, eclectic tastes.

They held “church” every morning. With Brian leading an open forum to catch the “vibes” of the group and bring that energy to the 12- 16 hours of brutal, rock and roll boot camp that would follow. They shared things about their goals, dreams, secrets; truly solidifying them as family. And ultimately Brian would open his doors to the band in Nashville where he would produce the new E.P.

Of course no studio session is without its share of antics and this one was no different. Between the cases of beer, pounds of coffee, bottles of liquor, a T-Rex and a Jigsaw doll things got weird. Things also got magical. Y.O.T.L. set out to create something that was uniquely authentic, and represented their very broad spectrum of musical backgrounds. A six headed musical monster was born.

Having shared the stage with some musical behemoth’s in recent years, such as Saliva, Tantric, Saving Abel, and Puddle of Mudd, the band feels as though its search for identity has been (temporarily) quenched. Eager to reveal the new beast to the world, the band will have their chance as they kickoff 2018 with a 36 city tour alongside Starset. Add to that a new single/music video release for “Sunrise” and “The Swarm” is set for domination in 2018. 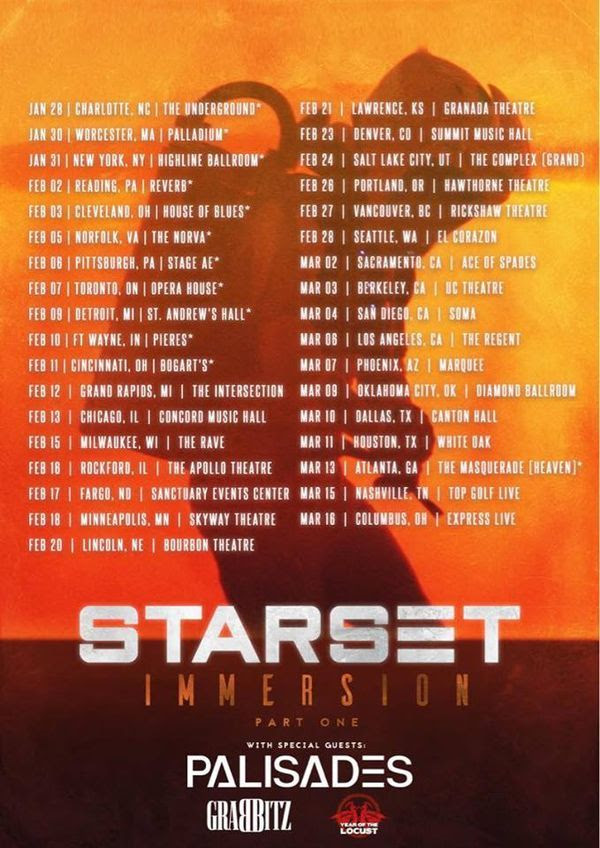 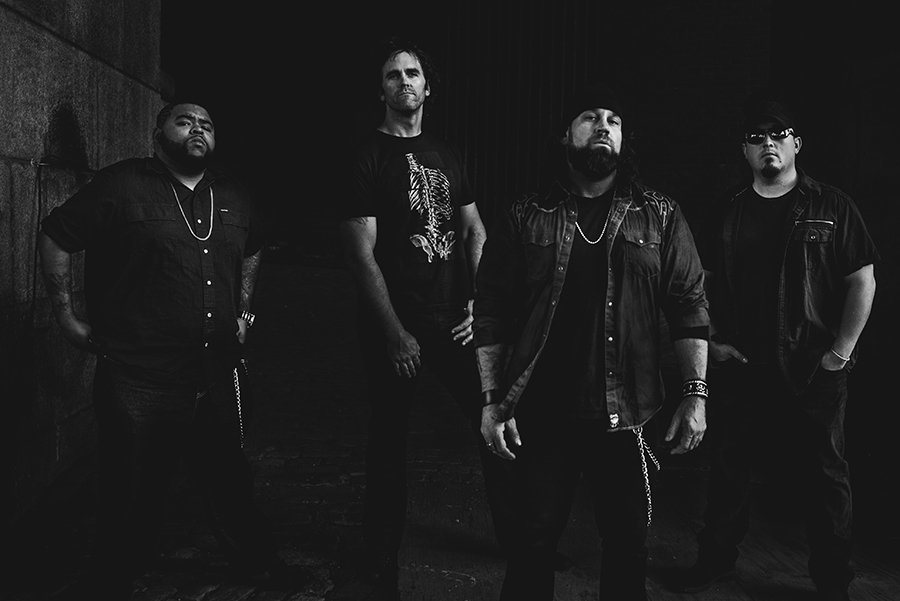