Varèse Sarabande will release the TIMELESS – Original Television Soundtrack digitally on April 13, and on CD May 4, 2018. The album features original music composed by Robert Duncan (S.W.A.T., CASTLE). Lead actress Abigail Spencer’s rendition of “You Made Me Love You” is a special album-only bonus track. 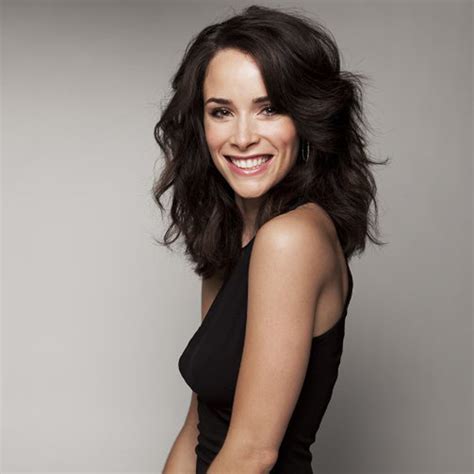 “Timeless is a composer’s dream gig,” said Duncan. “One week it’s exploring dark and chilling timbres for the Salem witch trials, next it’s finding the right melody to express the thrill of humankind’s first steps on the moon. What could be better?”

From Eric Kripke (Revolution, Supernatural), Shawn Ryan (The Shield), John Fox and John Davis (The Blacklist), comes this thrilling action-adventure series.  In season 1, a mysterious criminal, Flynn (Goran Visnjic), steals a secret state-of-the-art time machine, intent on destroying America as we know it by changing the past. Our only hope is an unexpected team: Lucy (Abigail Spencer), a history professor; Wyatt (Matt Lanter), a soldier; and Rufus (Malcolm Barrett), a scientist, who must use the machine’s prototype to travel back in time to critical events. While they must make every effort not to affect the past themselves, they must also stay one step ahead of this dangerous fugitive.

“When showrunners Shawn and Eric approached me about finding a musical tone for this story, they already knew they wanted the score to have both classic and modern sensibilities,” said Duncan. “Embracing melody and thematic motifs and going for all the musical elements that have thrilled movie-goers for generations, but also bringing something fresh to the mix with some unusual textures and electronics.”

Season 2 of the thrilling action-adventure series TIMELESS picks up right where we left off with our heroes. We continue to race throughout history with our beloved team – Rufus, Wyatt, and Lucy – in an attempt to prevent the destruction of the world as we all know it. This season they’ll find an unlikely ally in their quest to ruin Rittenhouse, a deadly organization with plans to change history and reshape reality – even though Lucy’s family has been a part of Rittenhouse for centuries. Still making every effort not to affect the past themselves, they will visit the years 1692, 1917, 1941, 1981 and more. We’ll be introduced to the likes of Marie Curie, Hedy Lamarr, William Randolph Hearst and a multitude of other influential people throughout history.

“One thing remains consistent: at the heart of Timeless is the characters themselves, their relationships and the fear and wonder they experience as they step across dimensions,” Duncan stated. “From Wyatt and Lucy’s delicate piano love theme to the sinister snaking melody of Rittenhouse, the show has a collection of recurring themes that permutate alongside the now-malleable timeline of history. As far as size and scope, the score is called upon to swing for the fences, as each week the show is undoubtedly reliving a pivotal moment in history.”

NBC presents TIMELESS currently airing Sundays at 10/9c on NBC. Varèse Sarabande will release the TIMELESS – Original Television Soundtrack digitally on April 13, and on CD May 4, 2018.

Emmy-award-nominated composer Robert Duncan is always on the hunt for sounds with personality.   On any given day, he is tinkering away from within his studio searching through his trove of musical oddities, global instruments, deconstructed pianos and industrial salvage, metal brushes, a hot rod exhaust pipe, a fire extinguisher, and many other odds and ends to find something that can add a fresh sonic identity to a score. He was honored by the Television Academy with a fourth Emmy nomination in 2016 for Outstanding Original Main Title Theme Music for his work on Whispers for Amblin Television. Most recently his work can be heard on the NBC time-traveling series Timeless and the CBS action series S.W.A.T.

In 2013, Duncan scored the Sony/ABC series The Last Resort, a sweeping action thriller about the crew of a U.S. nuclear submarine who become fugitives after refusing to fire their nuclear missiles.  In creating the show’s musical palette, Duncan boarded a decommissioned Cold War era submarine in San Diego with his engineer and recorded experimental sounds to utilize within the score.  He earned his third Emmy nomination for Outstanding Music Composition for a Series (Original Dramatic Score) for his work on the series.

Born and raised in Toronto, Canada, Duncan grew up in a musical family and composed his first piece when he was a sixth-grader at the Claude Watson School of the Performing Arts.  In an experimental music class, the 11-year-old Robert was encouraged to take apart and explore a piano in order to make new sounds.  He studied pipe-organ and trumpet before earning a degree in music composition from York University.  After graduating, he apprenticed for five years with two composers and participated in the ASCAP Film Scoring Workshop.

Shortly after moving to California, Duncan was hired as series composer on the enduring fan-favorite hit series, Buffy the Vampire Slayer (FOX/UPN).  Subsequently, he composed music for Tru Calling (FOX), The Unit (FOX/CBS), Into the Blue 2: The Reef (MGM), Lie to Me (FOX), The Gates, (ABC), Terriers (FX), Chicago Code (FOX), The Family (ABC), Shattered (Lionsgate), The Entitled (Anchor Bay), Spark (Open Road) and others.  Fluent across genres, Duncan’s work has been performed by a diverse range of artists from Smashing Pumpkins front-man Billy Corgan to Erich Kunzel and the Cincinnati Pops.

Founded in 1978, Varèse Sarabande is the most prolific producer of film music in the world, releasing the highest quality soundtracks from the world’s greatest composers. From current box office hits and top television series to the classics of Hollywood’s Golden Age, Varèse Sarabande’s catalog includes albums from practically every composer in every era, covering all of film history; from Bernard Herrmann, Alex North and Jerry Goldsmith to Alexandre Desplat, Michael Giacchino, and Brian Tyler.