The Urban Renewal Project performed two outrageous sets of superb music that were absolutely unique and refreshing at the Torrance Cultural Arts Cabaret Series on January 7th.  As I wrote in my previous article about this band … The 13- piece big band (they go as high as 15 pieces) offered a mixture of jazz/hip-hop/R&B/alternative avant-garde music that blared with originality. These guys have chops galore!!! 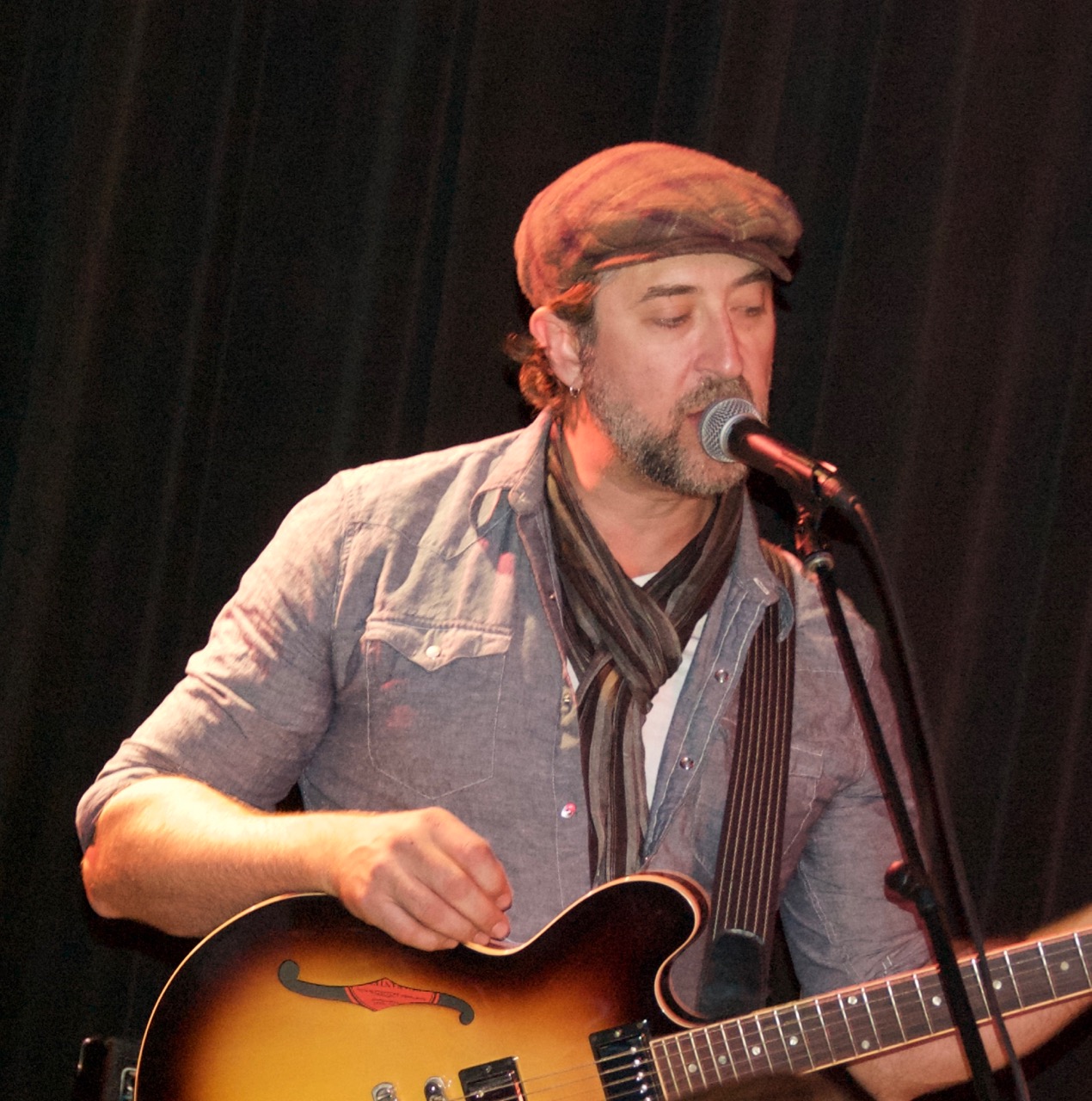 R.W. Enoch, the founder/leader of The Urban Renewal Project commented in our Facebook Live interview, “We play a mixture of soul, jazz, hip-hop and popular music. I always wanted to put a big band together and make this music more accessible to my peers.”

On this particular night, The Urban Renewal Project was making their music accessible to another kind of audience which consisted mostly of Senior Citizens. The mixture of jazz, soul, and hip hop definitely appealed to everyone as there were loud applause and cheers after the songs were played. 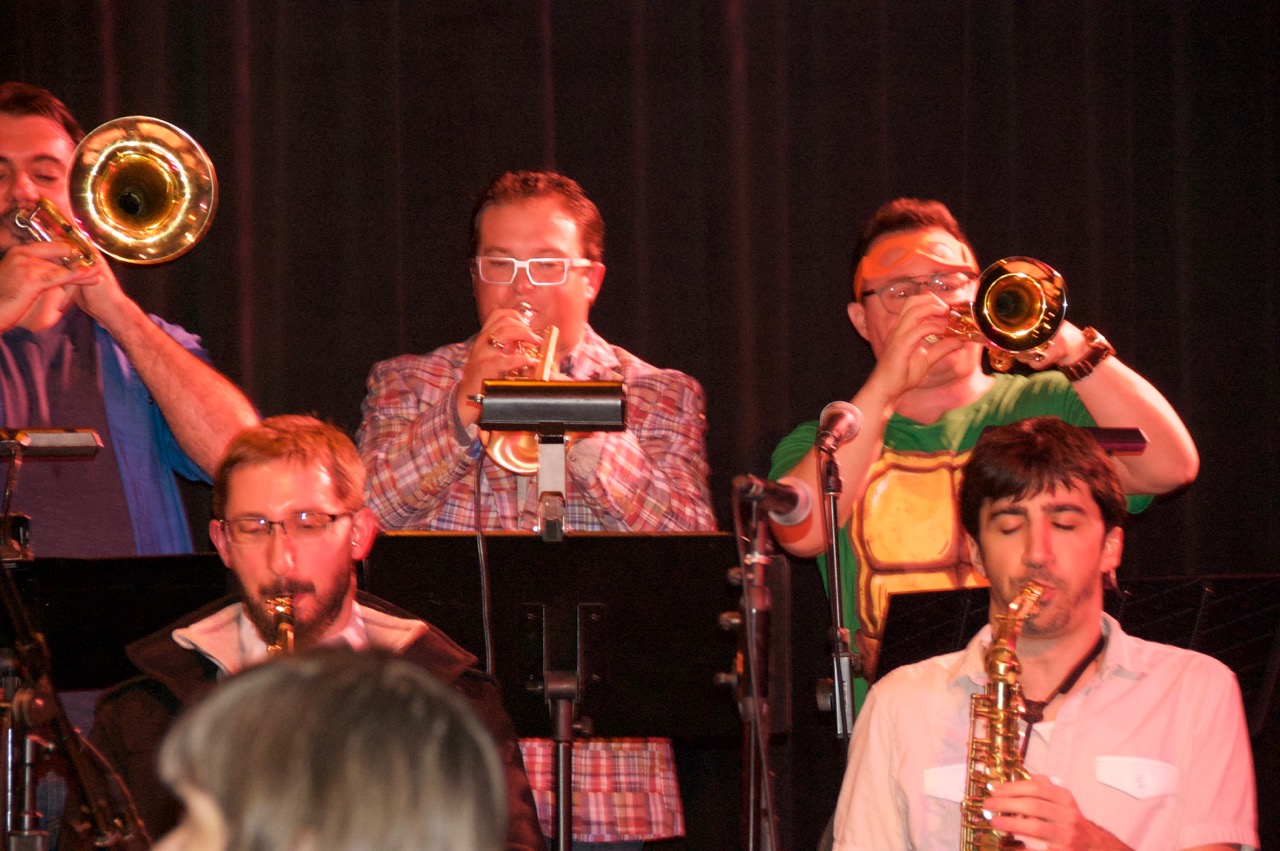 The group began their first set with a tune off their new album, 21st Century Ghost called “Another Day.”   Seven horns ( two trombones, two trumpets, and three saxes) bellowed out the catchy phrase that repeated throughout setting up a funky/jazzy tone.  The drummer kept the snappy beat and Alex Nester, the vocalist, rocked in strong and bluesy.  In complete sync swinging left to right, the trombones and trumpets mirrored big bands of the past with their hip movements.  Then the tune bounced into a hip hop flow as MC/Rapper, Elmer Demond recited his lyrics.

On “Don’t Ask Y” there was a cool conversation going back and forth between the guitarist, Tim Friedlander’s deep mellow voice and Elmer Demond’s smooth rapping style.  The heavy rhythm was maintained by the bass and drums while the horn section flexed their muscles resounding with elements of Blood, Sweat & Tears bright colorful tones.  The audience was asked to clap along on the song, “Armour Love” as the bass got down funky, the horns blared, and Brian Clements played a ripping solo on sax.

The second set roared open as the band featured Calvin Martin in a 5- minute drum solo where he pounded the skins with every fiber of his being. Layers of rhythm rolled out of his sticks that went forward, backward, sideways and around again.  It was breath taking.  Then he set up the beat for the Urban Renewal Project to play “Redshift” which swung like an old fashioned big band.  We heard seven more compositions before the night came to a close. 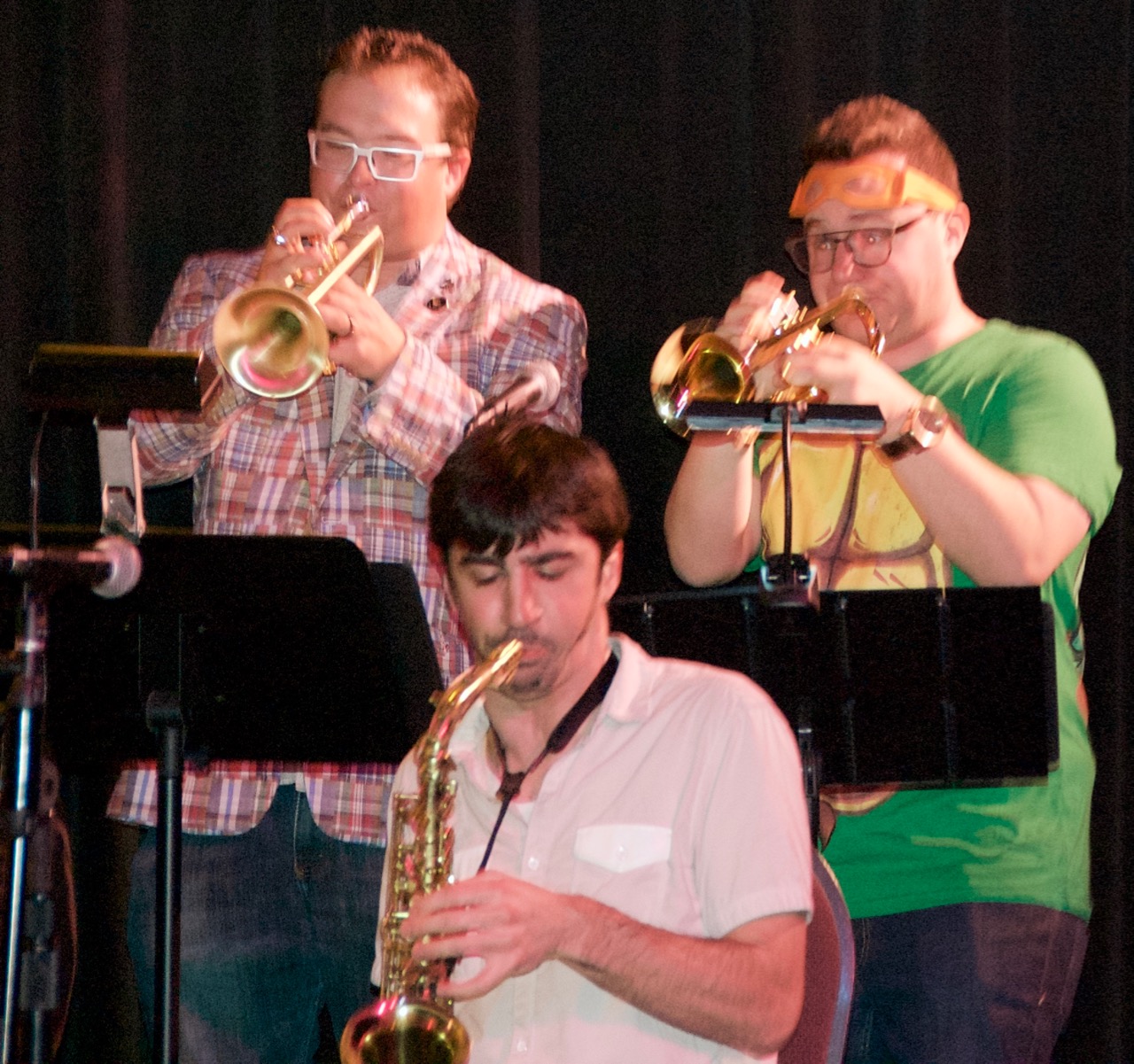 In the month of March, the Urban Renewal Project will head to the Jakarta Jazz Festival then tour the United States.  Their newest album, 21st Century Ghost was released September 15th, 2017.  Singles from the release have garnered national press and radio attention.