The Goblins Are Coming To Hollywood! Sci-Fi Comedy Neil Stryker and the Tyrant of Time set to CLOSE Hollyshorts Film Festival 2016

Sci-Fi Comedy Neil Stryker and the Tyrant of Time — Ep. 29 — The Goblin Forest is an official selection at the Hollyshorts Film Festival and is set to CLOSE the festival in PRIMETIME on August 20th, 2016 with guest stars Walter Koenig (Chekov from Star Trek) and stars Rob Taylor, Nic Costa, , Mat Zak, Traben Pleasant, Michael Friedrichs. 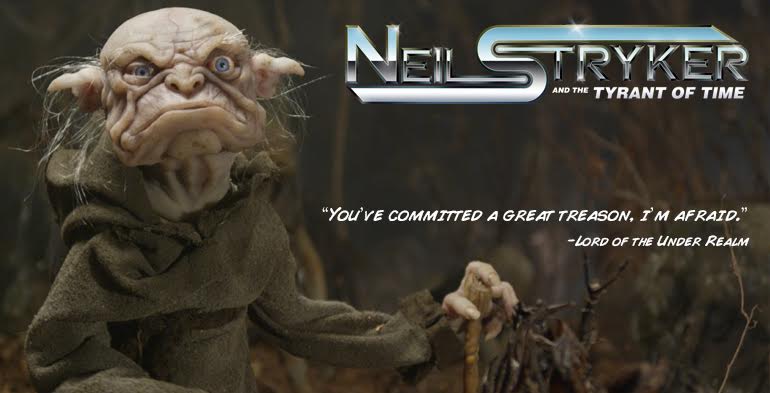 It is the year 2095, and the world’s most dangerous secret agent and his team are in pursuit of a time-traveling scientist that has led them to a forest deep in the bowels of the villain’s fortress where a time barrier filled with goblins awaits.. Culminating in over two years of planning, designing and execution, Neil Stryker and the Tyrant of Time — Ep. 29 — The Goblin Forest, features a 4,000 square-foot, man-made forest and creatures that hark back to the days of Labyrinth and The Dark Crystal that even Jim Henson would be proud of.

The scene is part of a larger feature franchise Neil Stryker and the Tyrant of Time  (“NSTOT”) but is screening at Hollyshorts as a 16-minute television pilot. The production is a 1980s throwback where every set, every effect, every puppet was crafted by Portland, OR artists. The film guest stars David Ogden Stiers (“M.A.S.H.”/”Stargate Atlantis”/”Beauty and the Beast”) and Walter Koenig (“Star Trek”/”Babylon Five”).

Get your tickets today.