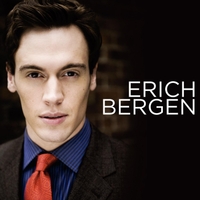 I was recently assigned to cover none other than the always fun and hilariously entertaining Erich Bergen, coming off the success of Bergen’s sold out concert at the Birdland in Manhattan. I am so looking forward to Bergen repeating that success in his three upcoming Southern California shows. We caught up with former Jersey Boy Bergen on his recent return to Los Angeles. With the news out that Bergen will be performing two shows in Hollywood – Thursday & Friday, May 21 & 22 at 8:30 pm, and one in San Diego at “Martinis Above Fourth” Monday, May 18, at 8 pm, Bergen’s West Coast fan base couldn’t be more excited or happier!

Chris Isaacson Presents had this to say about Bergen’s upcoming performances: “Erich Bergen, best known for his performance as Bob Gaudio in the Clint Eastwood film “Jersey Boys,” and the current hit CBS drama “Madam Secretary,” will bring his dry wit and smooth vocals to the stage at Catalina Bar & Grill in Hollywood, featuring songs from his stage and screen career, and material from his two EP releases; his self titled debut, and the recent “Never Give Up.” With musical direction by Michael Orland (American Idol), Bergen recently debuted this new solo concert to sold-out audiences at the world famous Birdland in Manhattan.”

Bergen took a moment to answer some questions about his upcoming Los Angeles and San Diego shows, Madam Secretary, and his feelings on his recent performance at the White House.

Utter disbelief. It was so, completely unexpected. It’s like, if you’re in a big movie that starts to get awards buzz, you are waiting for, and expecting the nominations to come. Or if you’re on Broadway in a big, hit show, you can’t sleep the night before the Tony nominations come out. But there is nothing to prepare you for being invited to sing for the First Family at The White House. It’s just so out of thin air. John Lloyd Young called me to tell me directly. He was playing it very cool; I don’t know how he did that because I was just over the moon.

I didn’t find out until we were already filming that I had been Gaudio’s personal choice. It was already enough being cast as a lead in Clint Eastwood’s new film by Clint himself. Then to find out Gaudio picked me as well…it was a lot to take in.

Honestly, I like doing great material. It doesn’t matter what medium it’s in. I think it’s really hard to beat the thrill of being on stage with hundreds, if not thousands of people’s eyes on you. That raw, live, in the moment energy is addicting. With that said, you can tell so many kinds of stories on screen that you can’t tell on stage. In TV especially, you can watch characters grow over time, which I love.

Neither, it came as a standard pilot season audition.

I doubt it. Clint really is about the “final” version of a film being the “final” version. We’ve grown accustomed to “director’s cuts” and “extended versions” and things like that, but those are really just marketing tricks by the studios to keep selling products. Which, as a fan, I’m all about – I want to see that extra footage from the movie as well! But I also understand Clint’s feelings and I totally respect them. His “director’s cut” was the final cut you saw in theaters.

I just look for great songs, real songs, songs that feel like standards. It doesn’t really matter what kind of song it is – if I like it, and it’s a good song, I should be able to mold it to my style. I’ve taken apart and re-done songs by everyone from Sinatra to Metallica to Britney Spears.

Nope. That was a one-time only thing. I can’t say that we won’t all get together for another special performance of some kind, but there will be no touring or “gigs.”

Yes, I was almost coming there this summer, but the dates just didn’t work out with my schedule. I will be coming there soon though! I love it there.

In Los Angeles, I’ll have a 10 piece band behind me, just like I did in New York. It’s a big, fun party with some incredible music played by incredible musicians. I promise you, you’ll love these songs. I’m doing music from my albums, some brand new tunes that you haven’t heard yet, some fun covers, and of course a few Jersey Boys tunes.

The show in San Diego is totally different. It’s just me and Michael Orland at the piano. Lots of different songs. I’ll be telling some really fun stories about the various projects I’ve worked on. Very casual and off the cuff, I can’t wait for it!

We can’t wait either Erich!! Thank you for your time, look forward to the shows!

Where: Catalina Bar and Grill

Tickets: $25-50, VIP Seating Available including Front Row Seats & Signed Poster. (Save $5 when you purchase before May 15). Box Office (866) 468-3399 or online at TicketWeb.com orChrisIsaacsonPresents.com

Where: Martinis Above Fourth