The 31st Annual Long Beach Jazz Festival presented a sterling lineup of Artists this past weekend beginning the evening of August 10th and running through August 12th.  The diversity of music genres satisfied the fans as they were treated to straight ahead jazz, smooth jazz, R&B, and Latin jazz. 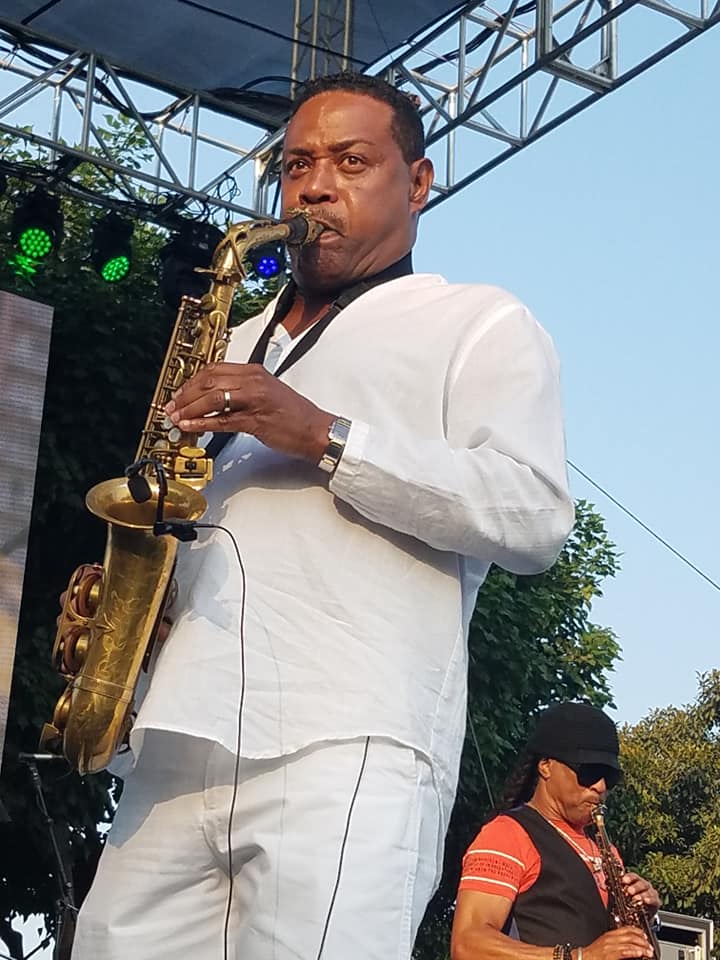 Marion Meadows and Kim Waters kicked off Long Beach Jazz Festival on Friday night, August 10th at the Rainbow Pavilion in Long Beach with their searing sax playing. Each musician complimented the others style. Meadows ripped up the soprano sax with riveting riffs and Waters countered by plunging, deep phrasing. They provided the perfect dynamic to spark the crowd. 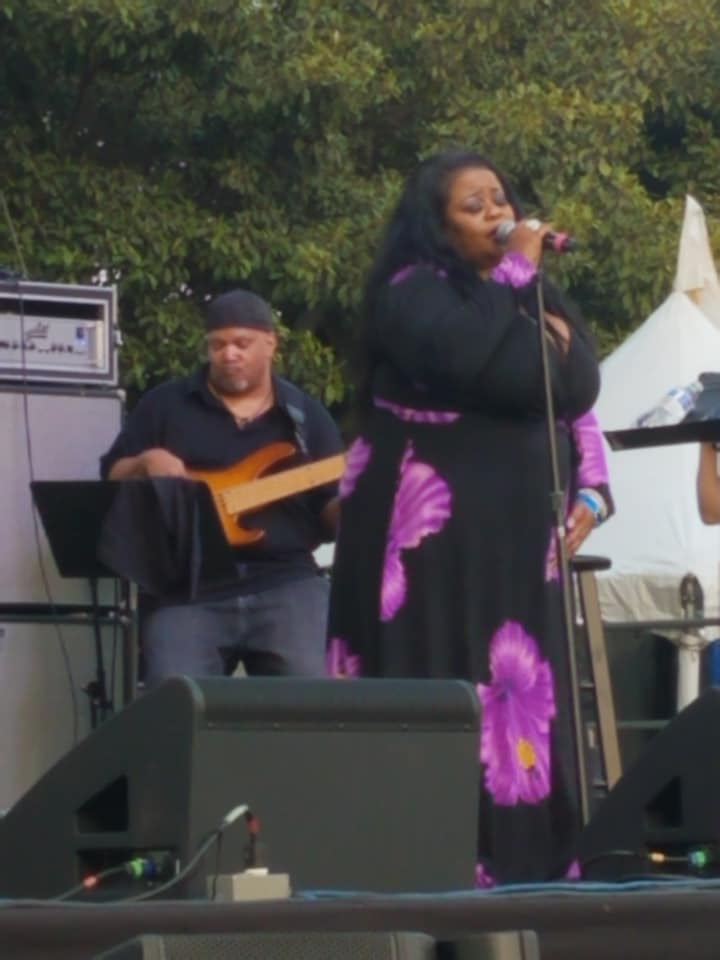 The gorgeous Maysa Leak followed. Her rich, rounded voice was stunning as it wrapped around the audience’s listening ears. Maysa easily switched off from belting out skillful scatting as well as soulful, gripping lyrics. Her performance was mesmerizing.

Shutting out the night was Jonathan Butler who took the crowd to church. Butler consistently delivered a lovely package of deft guitar licks and lyrical, soulful vocals that enriched one’s soul. He poured out his heart to the audience and they responded enthusiastically.

Day I of the Long Beach Jazz Festival was simply superb. The evening was hosted by Pat Prescott, 94.7The Wave and Pat Harvey, CBS, Channel 2 News.

Nick Smith, jazz pianist, welcomed in Day II of Long Beach Jazz Festival. This musician tickled the keys with lightning fast chops as he switched off between the acoustic grand piano and electronic keyboards. His band gave a tight performance that was refreshing as they set the mood for some straight ahead jazz. 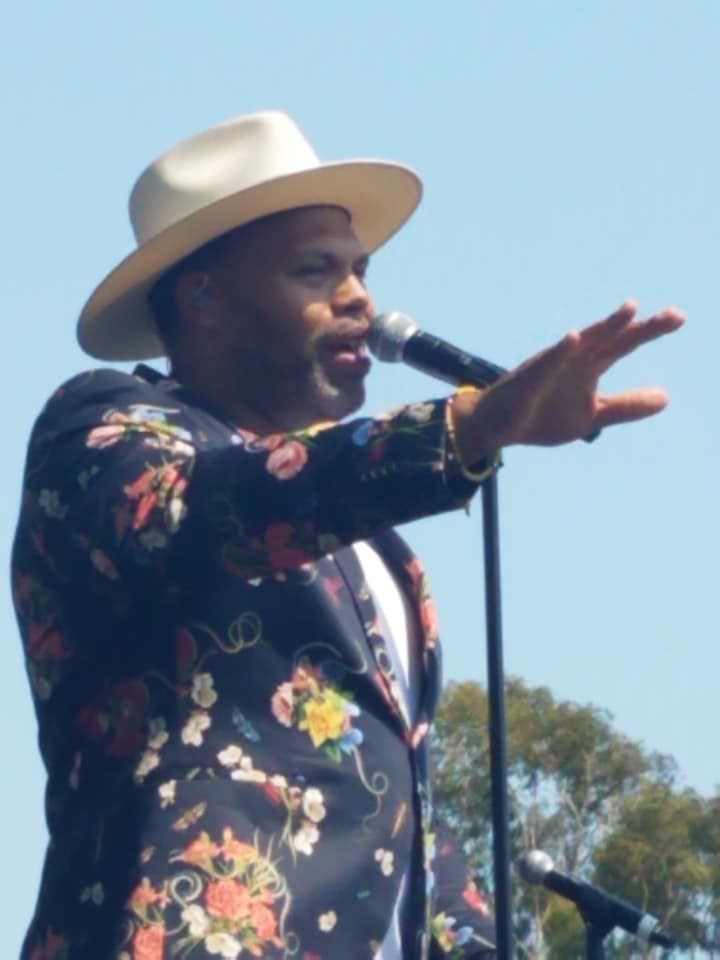 Following Nick Smith was the fabulously talented Eric Roberson who crooned many of his original hit songs. Roberson held the audience captivated with his dramatic presentation of lyrical storytelling. 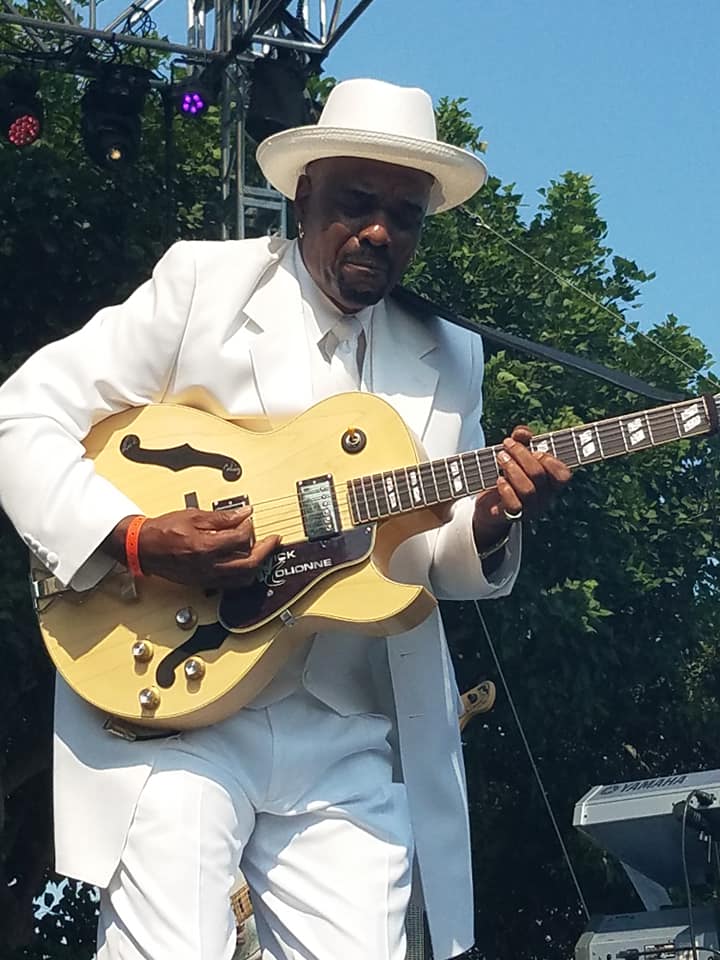 Donned in an all white suit, hat and shoes, Nick Colionne swept us away with electric- charged guitar playing overlaid by deep, sultry vocals. Colionne shimmied into the crowd with his guitar and rallied the audience to get up and party. Everyone loved Nick Colionne ‘s dazzling charm.

Keeping the soulful feeling going were the delectable combo of Chante Moore, Everette Harp, and Doc Powell. Chante Moore looked spectacular in a shimmery gold top over white fitted jeans – her voice was golden too.  She hit super high notes with ease while captivating the crowd with her passionate vocals.  Everette  Harp’s solid blowing chops bellowed out of the sax as he ran riff after riff. Doc Powell laid down blazing guitar playing.

The legendary Poncho Sanchez placed his unique seal of Latin Jazz upon the audience’s listening ears. With his hot salsa sound, Poncho got people up to dance.  Ending the evening was the innovative Marcus Miller. Miller’s cool hip groove enveloped the fans by his crazy good plucking and slapping the bass strings. The sax and trumpet players rippled their improvisational phrases creating a magical atmosphere. Day II of the Long Beach Jazz Festival closed strongly.

The last day of the Long Beach Jazz Festival was glorious.  First up was Brian Simpson on keys teaming up with Jazmin Ghent on sax.  They dished out a spunky set of music.  Simpson was the quintessential keyboardist displaying superb jazz chops mixed with funk and soul.  Jazmin Ghent, although tiny in size, blew like a  giant filling the airwaves with blazing riffs that displayed strength and dexterity.  The pairing of Simpson and Ghent worked very well. 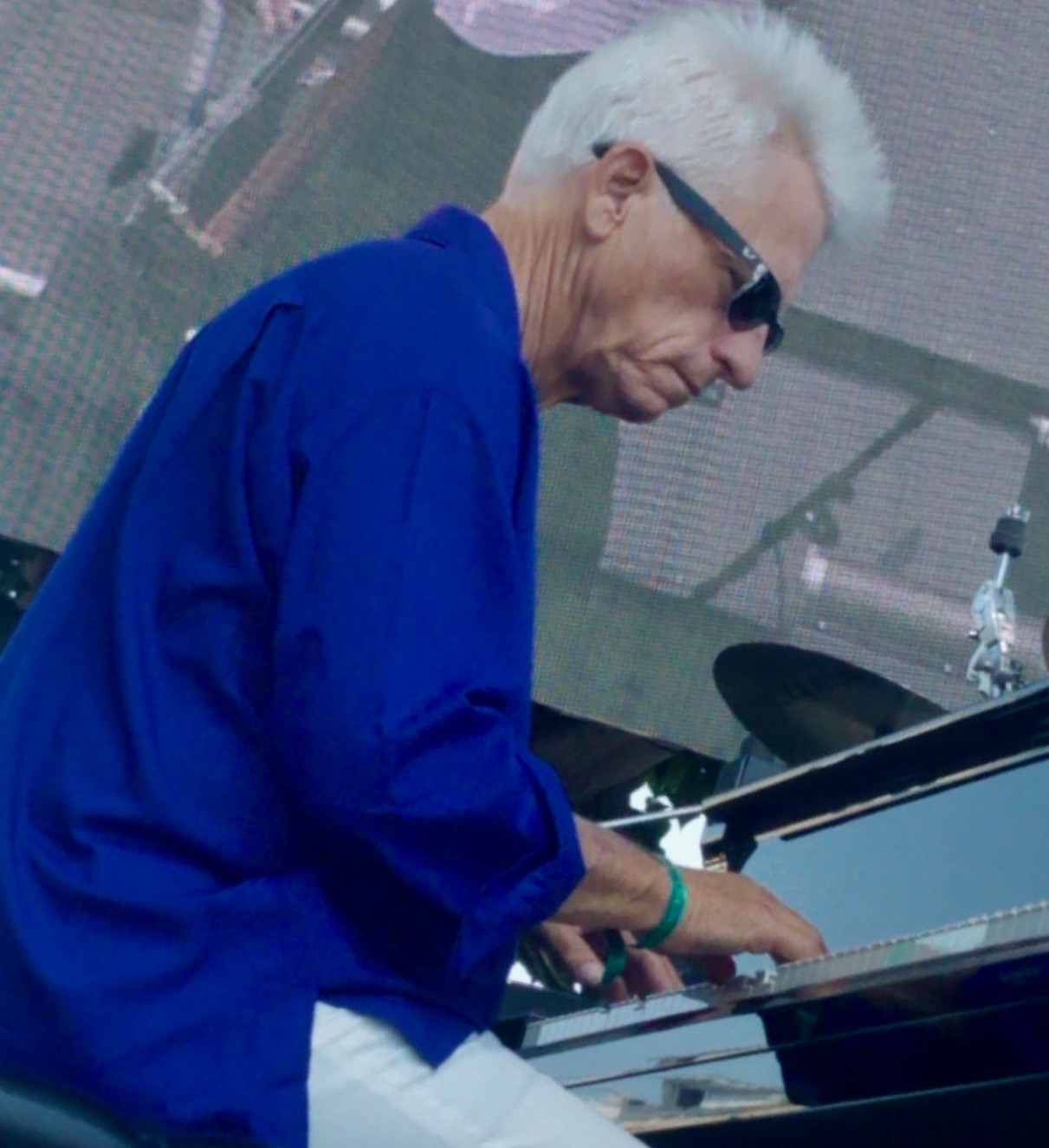 Then the audience was given the gift of an acoustic set with masters David Benoit on the Yamaha Grand piano and Marc Antoine on acoustic guitar.  The musical conversation between the two artists reflected their brilliant intellect of fine tuned technique on their respective instrument. 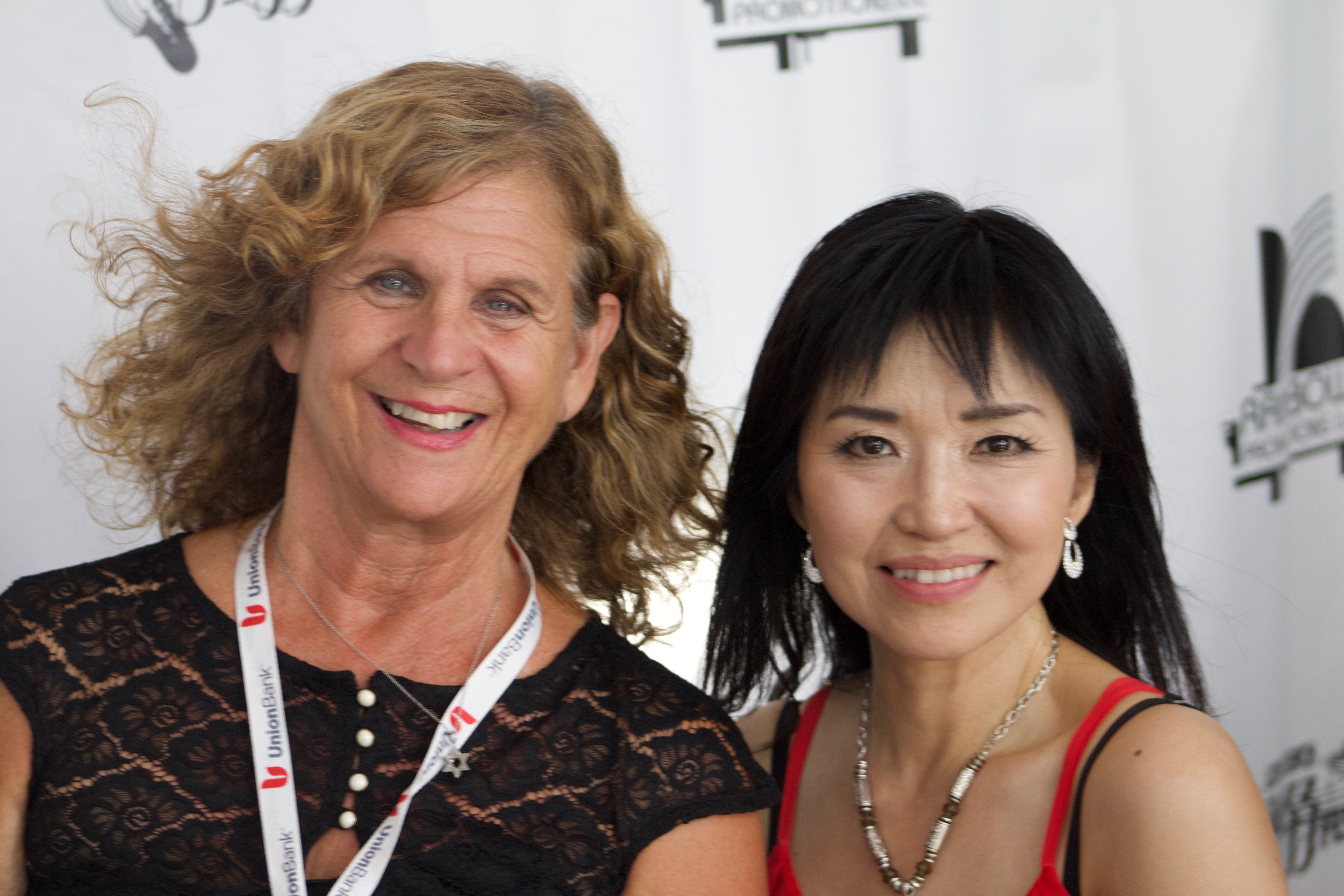 Following this act was the elegant Keiko Matsui who sent the crowd on a illuminating mystical journey. She delivered tunes from her latest CD, Journey to the Heart.  Bent over the Yamaha Grand piano with a singular intensity, she poured out layer upon layer of textures and dynamics on the keys mesmerizing everyone.  Keiko also spiced up the air waves with a Latin flavor.

Kirk Whalum spoke eloquently on stage right before he played his provocative composition called “Triage” which was a commentary about gun violence:

“Sometimes you wonder why those jazz musicians get all red in the face as they are playing and digging deeper into their soul because they are searching inside themselves for a resolution – some level of understanding or what’s going on – improvising deep in their souls… we are going to do a little bit of that today.”

Then Kirk Whalum and his band with guest musician Katisse Buckingham blew the audience away by digging deep into their souls with a masterful rendering of the composition. The passion and searing journeying down into the sorrowful world where gun violence is now a common occurrence … blew out of Whalum’s riffs on the sax. Katisse blew sharp yet sensual phrases on the flute then broke into a poignant spoken word rap. Simply a stunning performance – enriching and probing all of our psyches. 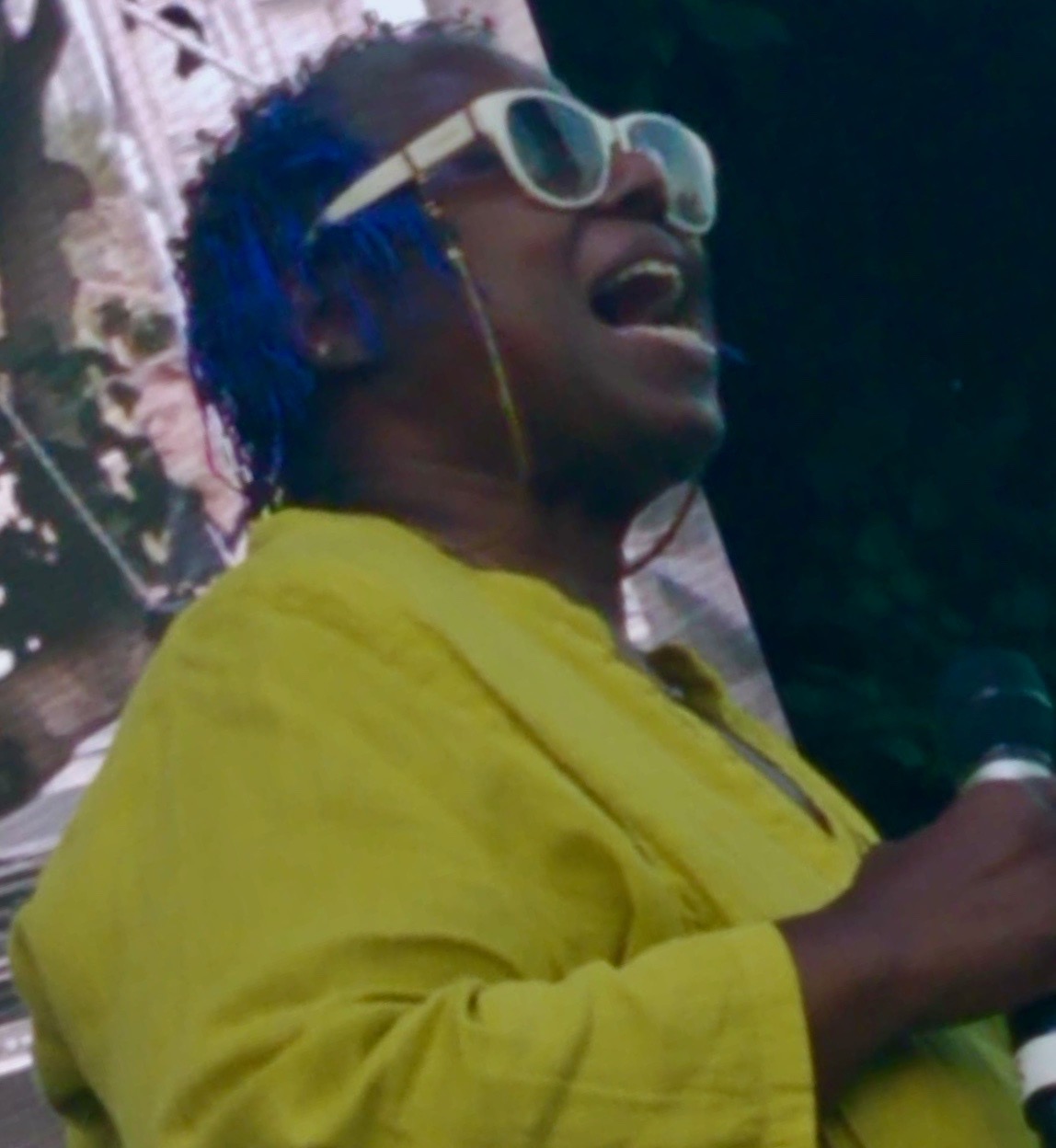 Randy Crawford’s performance was enchanting.  No frills, bells, or whistles – the legendary singer simply offered us her pure, heavenly voice that she released with ease.  We heard the songs from our adolescence like “Street Life,” Rio De Janeiro,” and “Cajun Moon.”  The crowd kept crying out for more and Crawford seemed surprised how much everyone loved her.

Stanley Clarke was the grand finale and he roared like a lion on his electric and acoustic basses.  The kinetic energy radiating off of Clarke’s phenomenal hand movements plucking and slamming the bass strings defied the imagination.  He led a group of younger artists who exemplified Clarke’s innovative and provocative style of jazz fusion.

In my interview with Stanley Clarke, he summered up why jazz has survived throughout our society and the importance of its generational history.

“The one thing that is stable and doesn’t change is human beings passing down to another generation of human beings their knowledge and wisdom.  We do it, because you can never count on the stability of any jazz genre or format, but what you can count on is human beings having an interest of passing it down to the younger artists coming up.  When I was younger I played with Art Blakey, Stan Getz, Pharaoh Saunders.  They did a great job of passing down to me as an 18year old their experiences and I am still passing that down to the younger musicians I come in contact with.”

For thirty-one years the Long Beach Jazz Festival has honored the music we call jazz by passing it down every year to the fans that love to come out and hear live music.

For more information, go to: http://longbeachjazzfestival.com

Snoop Dogg Makes Theatrical Debut in "Redeption of a Dogg"