The 100th Episode of “The Walking Dead”

The highly anticipated season eight premiere of the #1 show in all of television among adults 18-49, AMC’s “The Walking Dead,” launches Sunday, October 22nd at 9:00 p.m. ET/PT.  On the 100th episode, “Mercy,” Rick and his group, along with the Kingdom and Hilltop, have banded together to bring the fight to Negan and the Saviors.

Last year, Rick Grimes and his group of survivors were confronted with their deadliest challenge yet.  With the comfort of Alexandria, they let their guard down, only to be reminded how brutal the world they live in can be. The introduction of Negan and the Saviors broke our group.

This year, Rick brings “All Out War” to Negan and his forces.  The Saviors are larger, better-equipped, and ruthless — but Rick and the unified communities are fighting for the promise of a brighter future.  The battle lines are drawn as they launch into a kinetic, action-packed offensive. 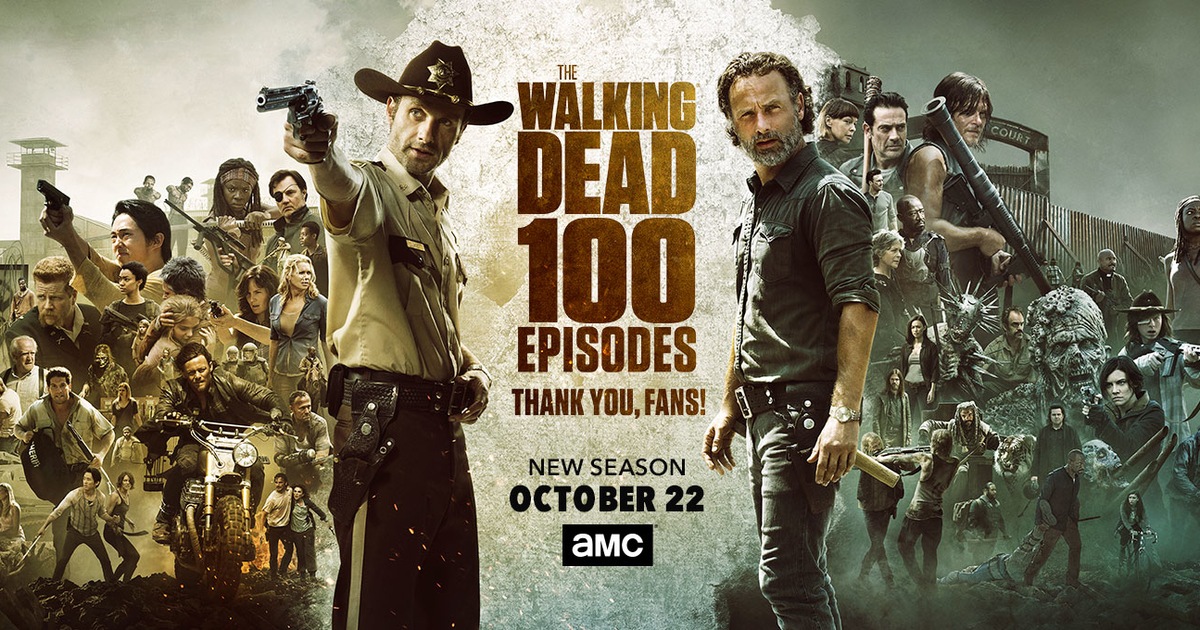 Following the 100th episode/season eight premiere of “The Walking Dead,” beginning at 10:07 p.m.ET/PT, viewers can catch a special two-hour edition of the live after-show, “Talking Dead,” hosted by Chris Hardwick. This extended edition will broadcast from The Greek Theatre in Los Angeles and feature the cast and producers from “The Walking Dead,” along with surprise guests.

WHY YOUR INTUITION ISN'T YOUR PERSONAL CHEAT SHEET.