High-powered cast of talented, accomplished actors and actresses brought to life and captivated the audience at Theater 40 in the Reuben Cordova Theater in Beverly Hills , during a recent performance on November 19 of Sherlock Holmes and The Case of The Jersey Lilly. Written by Katie Forgette, directed by Jules  Aaron and produced by David Hunt Stafford, this play, which mixes mystery,  suspense, intrigue, humor, intelligence and exciting verbal wordplay, is based on the series of Sherlock Holmes stories written by Arthur Conan Doyle. The complicated plot has several layers to it. The play unfolded in a compelling and surprising way, that truly provided a “nothing is as it seems” on the surface as the provocative secrets were revealed slowly and dramatically realized, as the tension mounted. 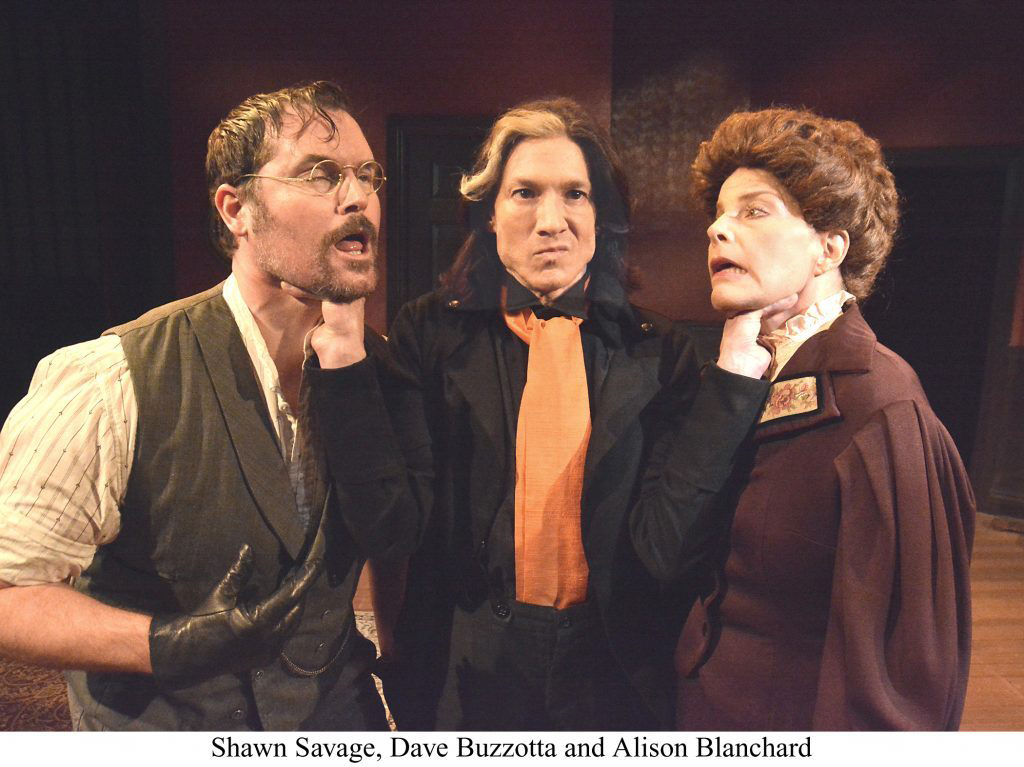 The setting is London 1894. England’s greatest actress and national Lillie Langtry is the target of a blackmail in a sex scandal that threatens to bring the British monarchy. The perpetrator of this extortion is Professor Moriarty. Three men team up and attempt to thwart the foul misdeed: Sherlock Holmes, his friend, John H. Watson, M.D.; and the playwright, Oscar Wilde. The sparse staging with a few customized props were time-period appropriate and set the mood as did the Victorian-inspired costuming that helped transport the audience to not-so merrily old England. 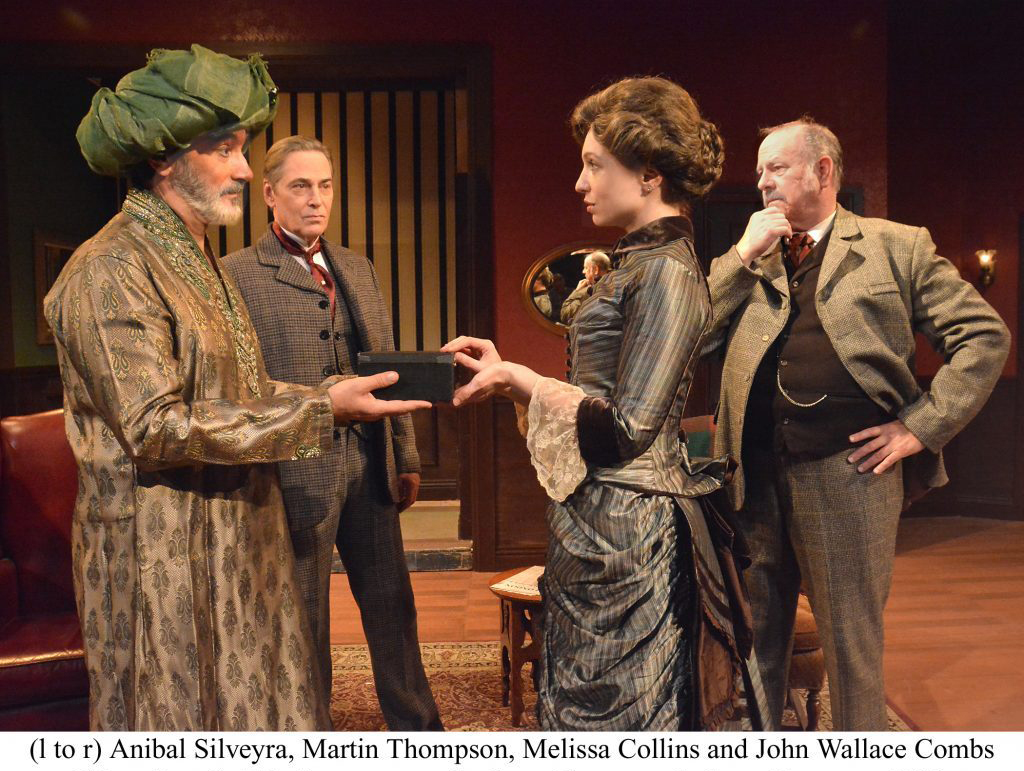 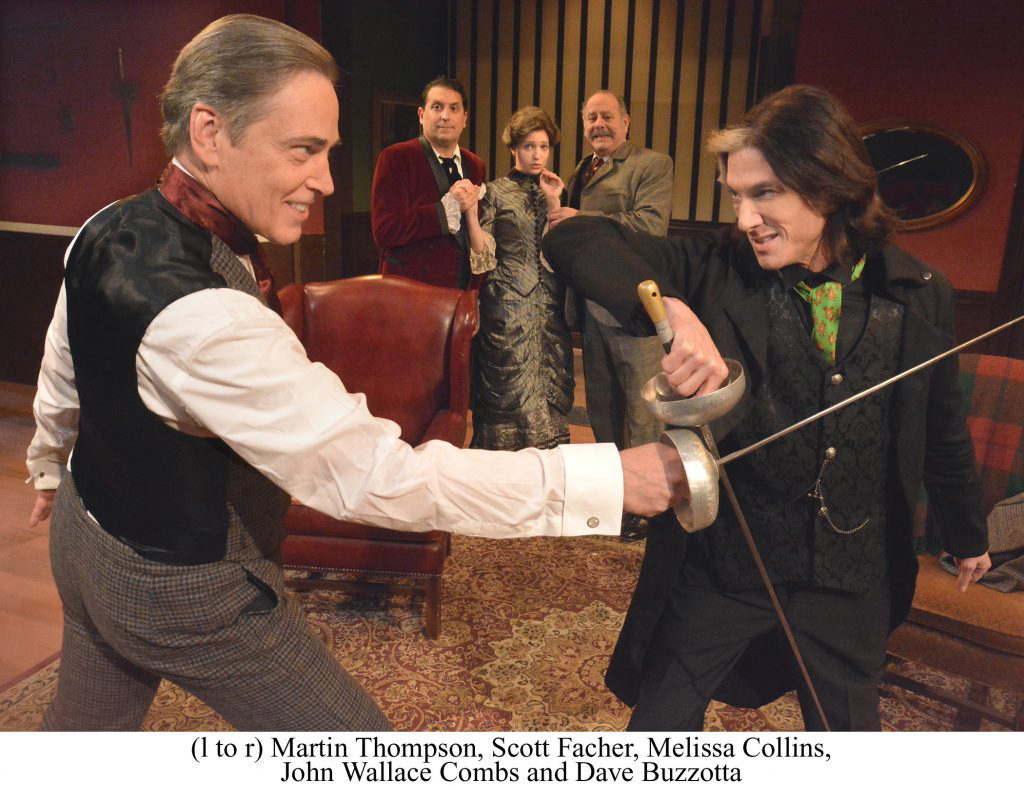 Martin Thompson, who portrayed Sherlock Holmes, whose theatrical pedigree is quite esteemed and renowned as a Sherlock Holmes actor among his many other acting credits on stage, TV and film, was brilliant in this play and bared a striking to acclaimed and respected actor Christopher Plummer. John Wallace Combs who played John H. Watson was a terrific counterpart to Sherlock Holmes, as Professor Moriarty, Dave Buzzotta infused his character with a menacing and sinister edge. Melissa Collins gave a multi-faceted performance as Lillie Langtry, whose character grew in scope and depth as the play progressed. Scott Facher’s Oscar Wilde was a spot-on performance bringing knowingness to the role and situations revolving around him,  radiating a sense of lightness and glib nonchalance. Like the best character actresses, Alison Blanchard owned and commanded the stage playing fascinating dual roles with such distinction as Irma Tory/McGlynn in which she was both servant/handmaiden to Lillie Langtry simultaneously plotted against her in cahoots with Professor Moriarty and the believable but dim-witted nihilistic henchman Smythe,  delivered with a curious boyish vulnerability by Shawn Savage. 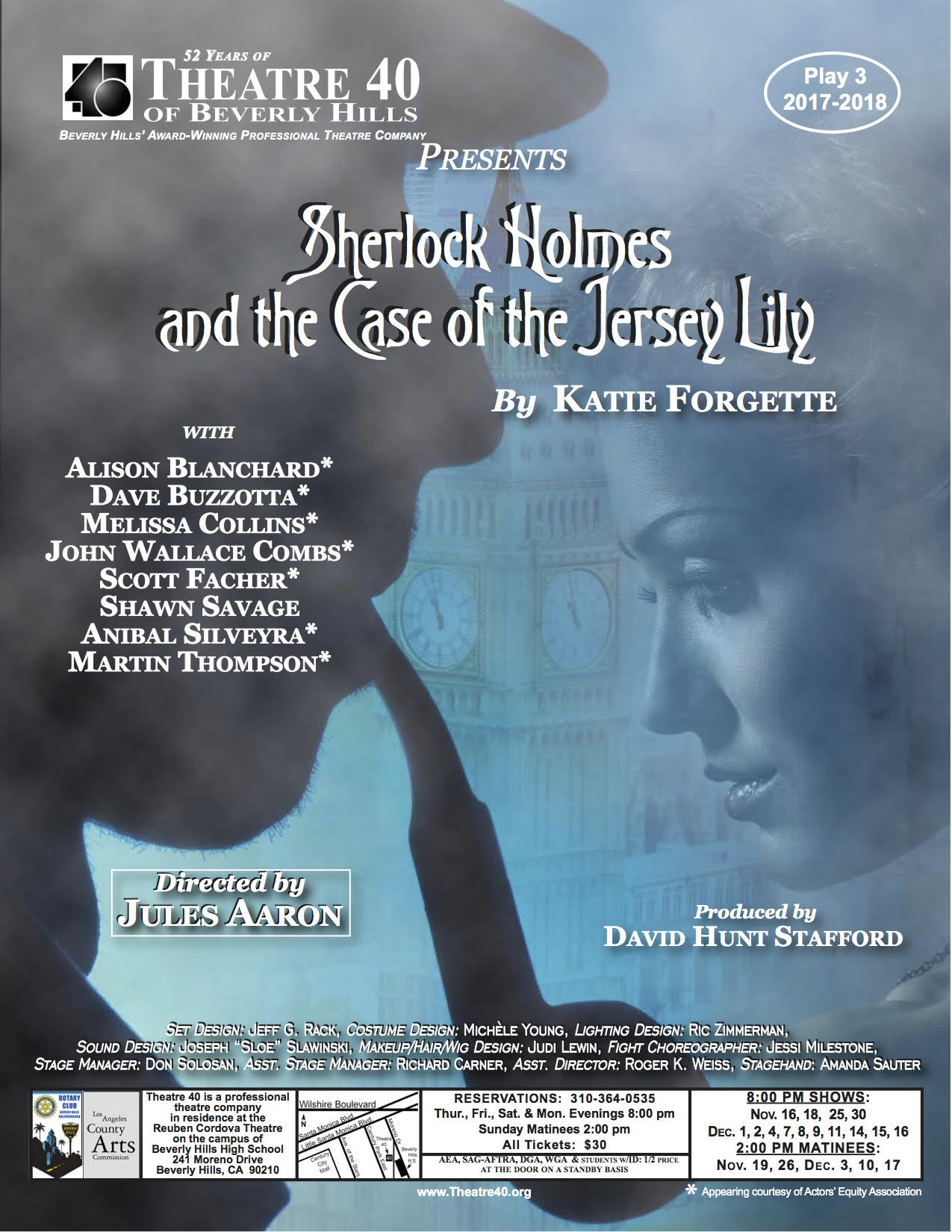