This years show was hosted by the hilarious Melissa Peterman from Young Sheldon with “Live from the Red Carpet.” Host Frankie Grande. It was a very Glamourous, fun night.

The show itself was very well directed by Erick Weiss of Honey Sweet Creative.

“It was great to run into my beautiful friend Kate Linder who presented that night… We will be presenting an award together on Saturday at The Harolds… & great to also see super celebrity photographer Billy Bennight covering the red carpet.”

Doug Jones was presented with the inaugural The Chair Award presented by Sonequa Martin-Green.

TELEVISION SPECIAL, ONE HOUR OR MORE LIVE PROGRAM SERIES OR MOVIE FOR TELEVISION: 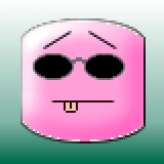