Guests will include immortal, iconic Godfather of Punk Iggy Pop, legendary GRAMMY®-winning producer Don Was, and host Scott Goldman, Vice President of the GRAMMY Foundation. In addition, fellow Michigan native Dean Fertita (Queens Of The Stone Age, the Dead Weather) will be the guest artist. Fertita will perform with Pop for the first time since backing him on his acclaimed Post Pop Depression album and tour.

Iggy Pop burst out of Detroit as Iggy Stooge on the Stooges’ eponymous 1969 debut—an album that forever altered the face and course of rock music as the blueprint of punk rock. The Stooges inspired generations who would celebrate the album’s influence —and in many cases, cover its songs including “No Fun” (Sex Pistols) and “I Wanna Be Your Dog” (Nirvana, David Bowie, Joan Jett And The Blackhearts, Sonic Youth, and more). Fun House, the Stooges’ 1970 sophomore album, was the first to feature the singer credited as Iggy Pop. It took the primal proto-punk of the first album into bold avant-garde avenues, and has been cited as an influential album by the likes of Jack White, Nick Cave, and the late Joey Ramone. Raw Power was released in 1973 under the moniker of Iggy And The Stooges, marking Pop’s first collaboration with Bowie, who co-produced the album. Hailed as the favorite album of Nirvana’s Kurt Cobain, Raw Power established Pop, along with Bowie and Lou Reed, as part of a “holy trinity”—with the album standing with Bowie’s Ziggy Stardust and Reed’s Transformer as heralding an exciting new era for rock and roll.

Pop emerged as a solo artist with two masterpieces released in 1977: The Idiot and Lust For Life, both recorded in Berlin with Bowie, during the same incredibly prolific period that yielded such Bowie classics as “Low” (which features Pop on backing vocals) and “Heroes.” Pop’s first two albums feature some of the most incredible songs of his catalogue, from The Idiot’s “China Girl” and “Sister Midnight,” both co-written with and later reinterpreted by Bowie, to Lust For Life’s timeless title track, “The Passenger,” and “Tonight” (the latter also re-recorded by Bowie). From the title themes of cult-classic films Repo Man and Something Wild through improbable hit LPs Brick By Brick and Blah Blah Blah, Stooges reunions and a 2010 induction into the Rock and Roll Hall of Fame, Pop’s presence and influence over the decades have been constant and inestimable. He has been hailed as “the last of the one-of-a-kinds” by Joshua Homme of Queens Of The Stone Age, co-creator of Pop’s most recent solo album, 2016’s Post Pop Depression. The album is widely regaled as one of Pop’s finest works—proving the eternal relevance and unrelenting impact of the only member of the Rock and Roll Hall of Fame to also hold the title of Godfather of Punk.

Don Was is one of music’s most significant artists and executives, excelling in multiple roles and serving as one of the industry’s beacons for integrity and forward thinking. During this period of rapid evolution in the worldwide music business, Was remains committed to music as an art form and its importance to contemporary culture. As the president of Blue Note Records since 2011, Was is both the company’s leader and an ambassador for its music, charged with bringing the label’s 21st century jazz artists and its expanding palette of contemporary musicians to larger audiences. Was is also caretaker for Blue Note’s singular and historic catalogue of music, and is burnishing the label’s 75-year-plus legacy by overseeing ongoing and extensive reissue campaigns that serve audiences in both the analog and digital realms. 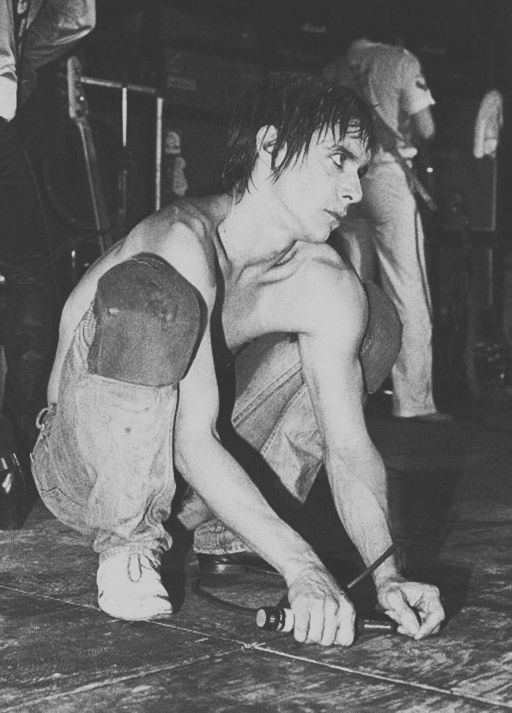 As an in-demand, highly acclaimed, and commercially successful producer, Was has been honored with GRAMMY Awards® for his production work in each of the past three decades: in 1989 for producing Bonnie Raitt’s breakthrough classic Nick Of Time; in 1994 as Producer Of The Year, Non-Classical for his work with artists ranging from the Rolling Stones to Willie Nelson to Roy Orbison; and in 2009 for his production work on Ziggy Marley’s Best Musical Album For Children, Family Time. The artists Was has produced in this decade alone are a testament to his talents as a producer spanning a broad array of music genres: Lucinda Williams (Blessed), John Mayer (his two most recent studio albums, Born And Raised and Paradise Valley), Aaron Neville (My True Story, co-produced with Keith Richards), French superstar Johnny Hallyday (Rester Vivant), and Neil Diamond (Melody Road). Albums produced by Was have achieved dozens of multi-platinum, platinum, and gold certifications, and have sold more than 80 million copies worldwide. He was awarded his first Emmy as musical director for The Recording Academy® and CBS Television special “The Beatles: The Night That Changed America — A GRAMMY Salute,” celebrating the 50th anniversary of the group’s first appearance on “The Ed Sullivan Show.” He produced the Rolling Stones forthcoming album, Blue & Lonesome, along with the Glimmer Twins (Mick Jagger and Keith Richards), marking the latest work in more than 20 years of collaboration with the band. 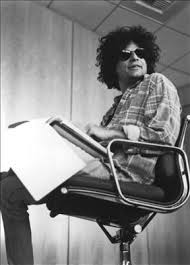 Was first became known to music audiences as founding member of Was (Not Was), which he formed with childhood friend David Was (Weiss) in suburban Detroit. Throughout the 1980s and early 1990s, Was (Not Was) released four studio albums of their unique blend of soul, funk, R&B, rock, and dance music combined with satiric and unusual lyrics.

TICKETS: Tickets for this event are $35 per person and available here.

About The GRAMMY Foundation:
The GRAMMY Foundation was established in 1988 to cultivate the understanding, appreciation, and advancement of the contribution of recorded music to American culture. The Foundation accomplishes this mission through programs and activities that engage the music industry and cultural community as well as the general public. The Foundation works in partnership year-round with its founder, The Recording Academy, to bring national attention to important issues such as the value and impact of music and arts education and the urgency of preserving our rich cultural heritage. In recognition of the significant role of teachers in shaping their students’ musical experiences, The Recording Academy and the GRAMMY Foundation partnered to present their first Music Educator AwardTM in 2014. Open to current U.S. music teachers in kindergarten through college, the fourth annual Music Educator Award will be given out during GRAMMY Week 2017 and nominations are being accepted for the 2018 cycle. For more information about the Foundation, please visit www.grammyfoundation.org. For breaking news and exclusive content, please “like” GRAMMY in the Schools on Facebook, follow the GRAMMY Foundation on Twitter (@GRAMMYFdn) and join us on Instagram (@GRAMMYFdn).