Lisa Loeb’s Amazon Original family album, Feel What U Feel was nominated for a GRAMMY Award on November 28. The announcement comes on the heels of two other Lisa Loeb musical releases with Amazon Music this year, including October’s Lullaby Girl.

This is Loeb’s second GRAMMY Award nomination; her first was for her hit song “Stay (I Missed You)” in 1995. Additionally, Bob Clearmountain also received a GRAMMY nomination as engineer of the Lisa Loeb and Nine Stories album Firecracker (1997).

Feel What U Feel is one of five albums nominated in the Best Children’s Album category, and all of the 2018 nominees are listed now at www.grammy.com. The 60th GRAMMY Awards will be celebrated at New York’s Madison Square Garden on Sunday, January 28. The children’s album award winner will be announced that day during the Premiere Ceremony, prior to the national telecast on CBS. Additionally, Lisa Loeb will join other nominees for a public concert at Symphony Space, on Saturday, January 27, with ticket sales benefiting a children’s music education charity. Details about the concert will be announced in December. 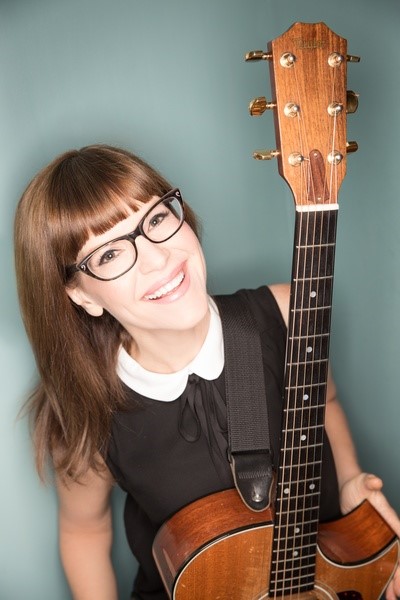 Feel What U Feel is one of several Amazon Original releases for kids and families. See the growing collection of content at: www.amazon.com/familymusic.

Over the past year, Feel What U Feel also received some of the top awards for family media: Parents’ Choice, NAPPA, Family Choice and the American Library Association. Also with Amazon Music, Loeb has released Nursery Rhyme Parade! and Lullaby Girl, as well as the soundtrack to the Amazon Prime Original animated series, “If You Give a Mouse a Cookie.”

“I feel so proud and excited to be nominated for a GRAMMY Award, along with my fellow nominees in this category,” says Loeb. “Last year, I sat down with my co-producer Rich Jacques, to make my second album for Amazon Music, and we decided that we wanted to create something for the entire family – not just for kids or just for grownups. I was inspired by classic children’s music from the 1960s and 70s. I got to work with some of my favorite collaborators including Ed, Renee and Kyler, who help me make music that honors our feelings and helps folks notice the details of everyday life, remember that the small moments are special, and that offers a safe place for encouragement and acknowledgment. I also want to thank everyone at Amazon Music for supporting the creation of independent music.”

For a full Lisa Loeb bio, go to this link, and for more information about Lisa Loeb and her upcoming tour dates, please visit www.lisaloeb.com  and follow @LisaLoeb on social media.