In GOODNIGHT, GRACIE a mother gets hacked to pieces by her latest lover, Billy, while her devout child daughter, Gracie, fights to escape the same fate.

Inspired by the director’s real life divorce of his parents, GOODNIGHT, GRACIE proclaims the thematic resonance of “blind faith leads to death” through the power of horror clichés and suspenseful storytelling.

All the religious knowledge poor Gracie’s (Caige Coulter) seemed to possess, was
not enough. After seeing Stepdaddy (Courtney Gains) in an uncompromising
murderous pose Gracie flees but realizes he is in gruesome pursuit.

What was impressive was how Gracie was able to turn to the bible verse that
seemed to fit the moment flawlessly, and a moment it was! That flitting pause when
Gracie came out from under the covers and rebuked the evil that was upon her,
viewers thought really? Our faces, twisted in awe and disbelief, was the exact
moment Gracie was “no more”. Stepdaddy got the girl, from behind.

After seeing mama (Zoë Simpson Dean) inside out, and stepdaddy so bedraggled I
don’t think Gracie would want to go on. Gracie was on her way out either way,
mentally or in pieces. Fortunately for her, The light was the best option. I could
hear her now, confronting God, stomping her foot and screaming, “you lied to me! I prayed, read my bible, had my Jesus flashlight on and you still let
me get mangled!”
Then God answering her back,
“My child, you should have run!”

The producer Stellan Kendrick, accomplished his goal in his sensational horror
short. Blind faith does lead to death. 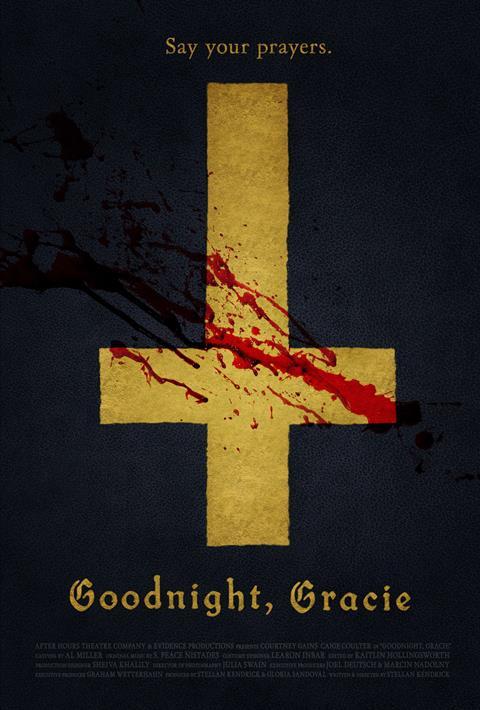 To find out more about GOODNIGHT, GRACIE, the filmmaker and the upcoming screenings, please check the following links:

WILL & GRACE' at Tribeca TV Festival