Frank Graves is a talented, soulful rhythm and blues singer who has been at his craft for many years.  When he sings the Blues, you believe his delivery, you feel the grit and rawness of emotion.

Frank Graves commented on why he sings the Blues.   “The Blues is your everyday life.  When you are just talking with somebody having a regular conversation, you will find the blues there.  They are talking about what went wrong in their relationship, what went wrong in their life.   That’s what the Blues is all about.  When you sing, you get a chance to talk about all the things people have been through.  There’s always something going on with somebody.”

The main foundation for his career has been the twenty years plus he spent in the military, first in the Army, then Navy and lastly the Air Force.  It was in the Air Force that he became the lead vocalist for 562nd Air National Guard Band of the South West. 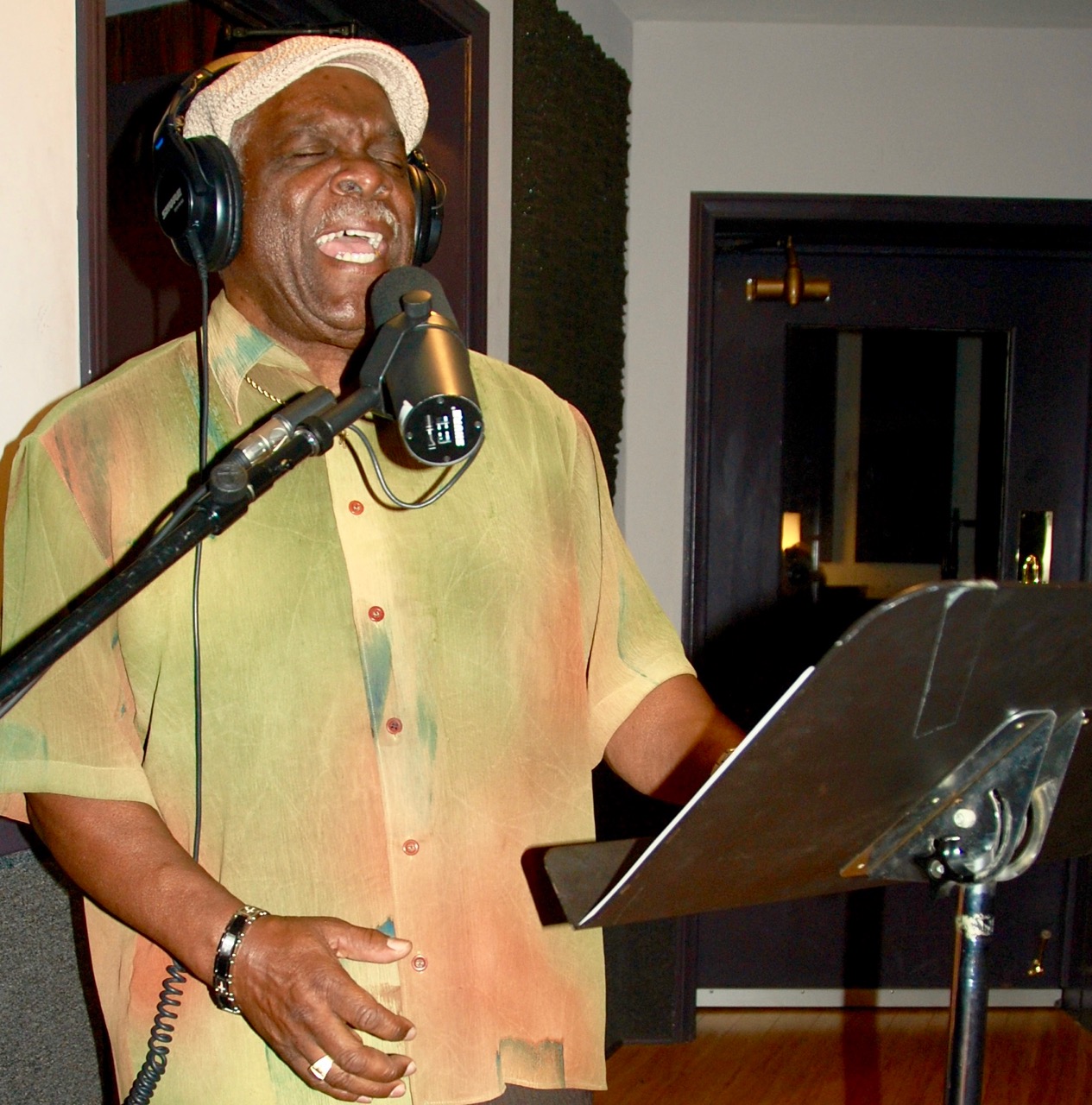 “They had heard my album and the 562nd called me up and asked me to audition.   They hired me on the spot after I sang two songs.   I performed with them for the remaining 12 years I spent in the military.  We played for big functions and traveled all through the USA and Europe.”

Recently, Frank Graves has been the main featured artist for the Palmdale Playhouse where he has been doing a Blues and Motown Revue Show.  He has been a resident of the Antelope Valley and has also been a member of the Agape Community Church in Lancaster, CA as a bass player.

In April, Frank Graves went to the studio and recorded his EP, “A Change Is Gonna Come,” and two other songs, “Stormy Monday Blues” and “Down Home Blues.”

On September 23rd, The Palmdale Playhouse will be welcoming Frank Graves and his Motown Revue Band back for a stellar concert.  The musicians accompanying him will be Ron Roseboro/bass, who has played for Motown and the Delphonics, Roman Johnson, (Grammy Award Winning) keyboardist who has played for Stevie Wonder, Michael Hands, keyboardist for the late Curtis Mayfield, Lexner Stephen, guitar player from France, Roger Morse, percussionist, Donn Bynum, sax player for Boosty Collin, and Raymond Johnson, drummer.

Some fabulous news regarding the show!   For a disabled Military Veteran, Frank Graves is giving away 6 tickets so the Vet, his wife and family can come out and enjoy the classic sounds of yesterday.  The title of this performance is “My Girl.”

So reserve the date, September 23rd, and join Frank Graves at the Palmdale Playhouse for his “Motown Revue.”  Bring all your friends, it’s going to an evening to remember.

“Once again you will be able to hear the music that you have been waiting on that will be performed with soul,” Frank Graves.