On July 27th, Greg Adams’s East Bay Soul brought the powerhouse of polished, proficient, popping good funk with the crisp efficiency of 5 horns, keys, guitar, drums, and percussion to Bogies.  Adams’s ability to construct a canopy of colossal sound from the horns inter-fused with hip, soulful rhythms is his prime signature.

First coming on to the music scene as a co-founder/composer/arranger/musician with Tower of Power, Greg Adams has created quite a resume in the music world.  This Grammy and Emmy nominated musician has six solo albums, and 14 recordings with Tower of Power.  Greg Adams has also performed and arranged for countless artists such as Rod Stewart, Luther Vandross, Chicago, Wilson Pickett, Bonnie Raitt,  The Rolling Stones and many more. 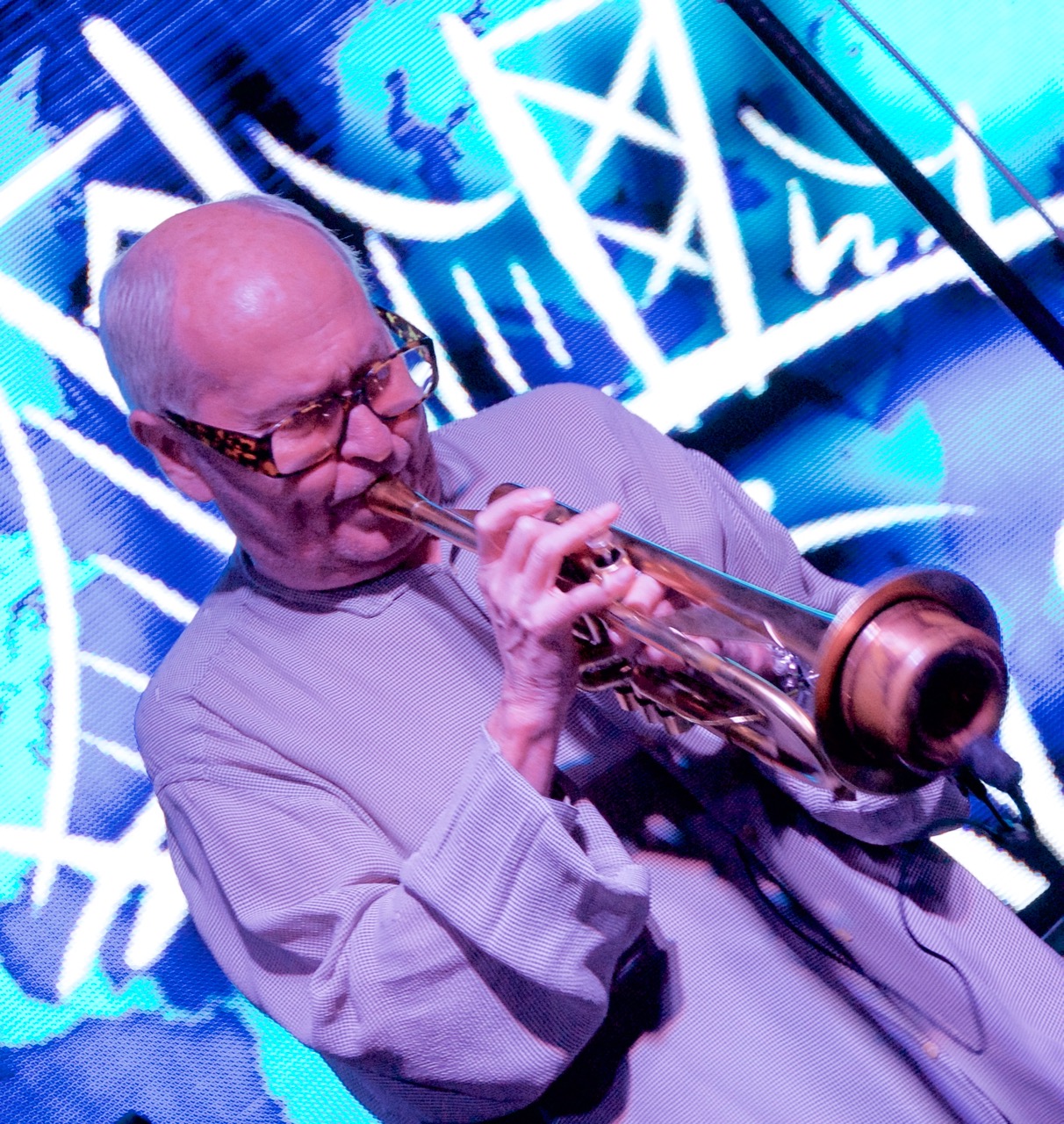 As a player, Adams has become known for his muted trumpet style. As a composer, he continuously mixes smooth jazz with R&B rhythms plus adds a sexy feel to his compositions.  Last night was no exception.

Beginning the set with “Brassalicious ” the band blew big and hearty showing off their stuff. Greg Vail, tore up some crazy good licks on his sax. On the song “Palmilla” we heard a lovely intro on keys by Nick Milo which was followed by Greg Adams caressing tones on the trumpet. The song rode smoothly along with the fullness of the horns, then Kay-Ta Matsuno burnished the airwaves with his electrifying chops on the guitar.

Next, Darryl Fitzgerald Walker let loose his sexy, soulful vocals on “What’s Going On,” as Greg Adams on trumpet, Greg Vail on sax, and Johnnie Bamont on Bari sax traded off scorching solos. There was a soft bluesy undertone to “To Catch a Thief” as Adams propelled his horn with a sleek feel of fluidity. Soon after,  Nick Milo clobbered the keys with some furious fingering of notes. The first set ended with a romping melody, “Jump, Shout and Hollar,” where the audience got to hear Greg Vail’s freak-in fabulous rip roaring licks and hollering on the sax.   The rest of the band exchanged riffs of volcanic magnitude.  Darryl Fitzgerald Walker contributed his raw down home bluesy vocals, which whipped up the crowd into a frenzy of funky fun.

Set II, began with “Little Black Dress,” and there was a wild and crazy guitar solo by Kay-Ta Matsuno, whose long black locks fell over his face while he shredded the strings. We heard some romantic, dreamy, samba rhythms with the lush layering of horns on “One Night in Rio,” that opened up to Nick Milo playing a ferocious riptide solo.  East Bay Soul was then jet rocketed off into high gear as the song ended with the storming horn section. 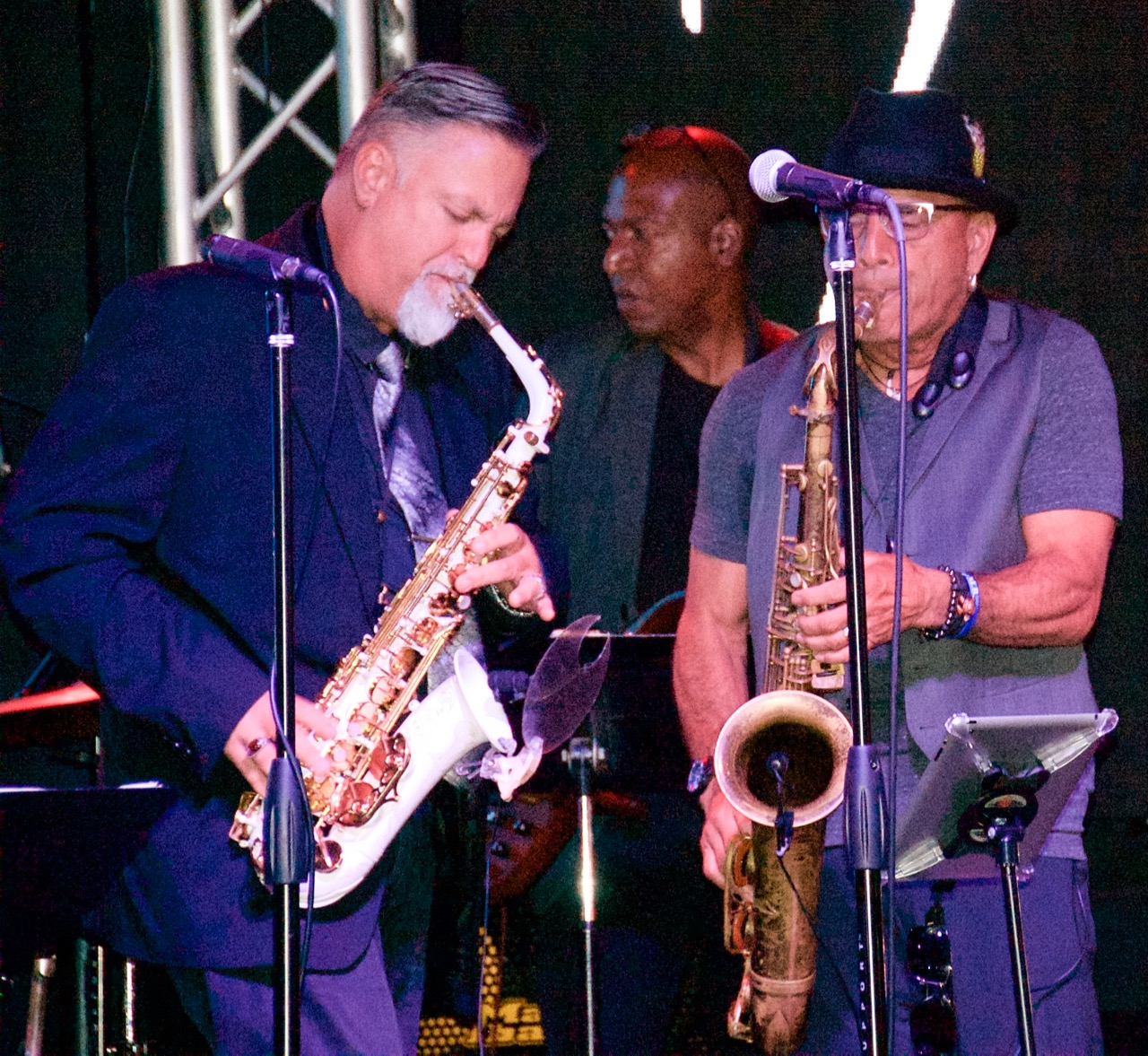 The evening concluded with Greg Adam’s brilliant arrangement of the Beatles, “Come Together” which roared with punctuated rhythms and funky foot tapping beats.  No wonder Greg Adams calls his players, “True Funk Soldiers!”

The Queen Mary’s Dark Harbor Unveils the Spirit of CHEF