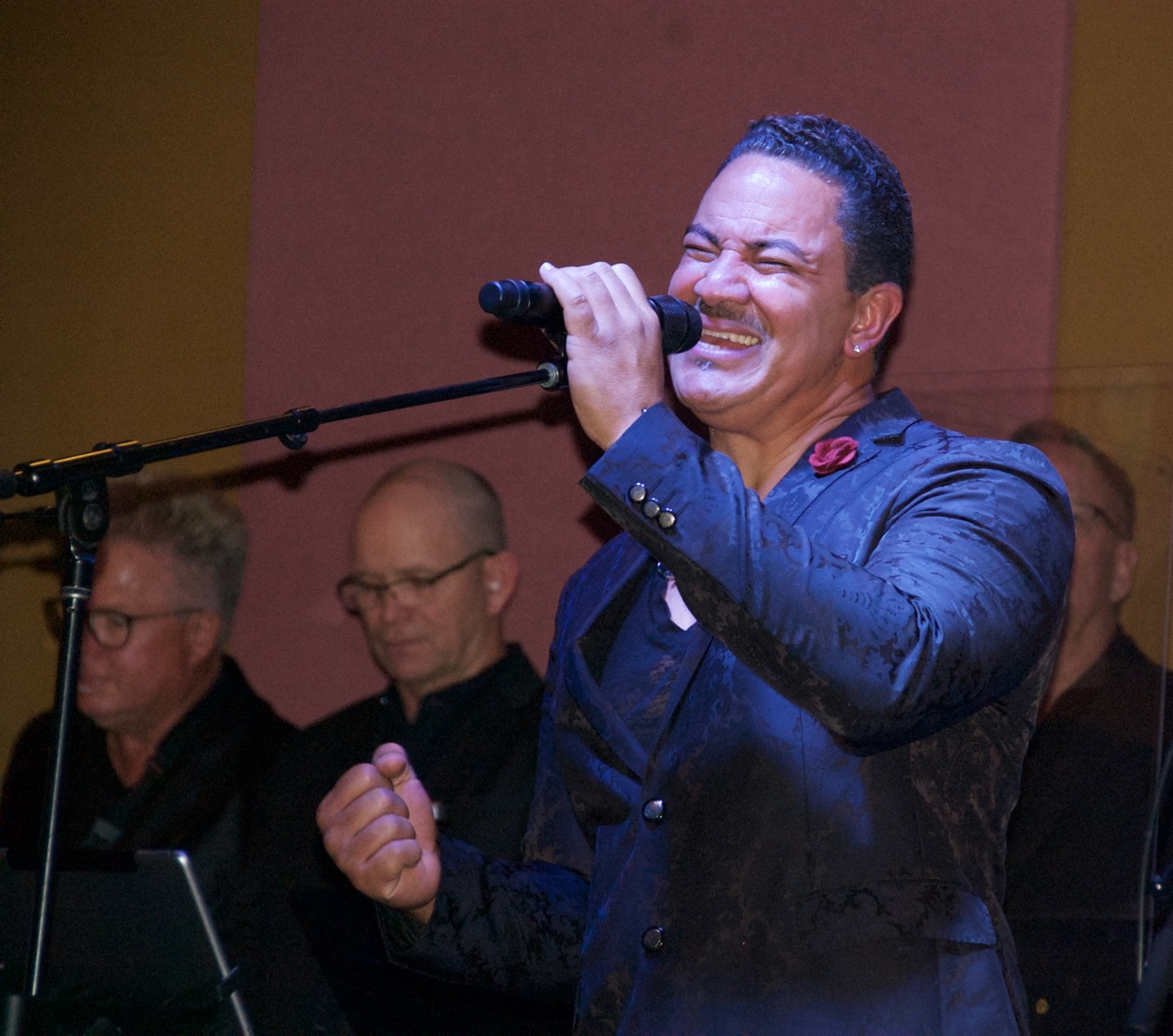 “I wanted to create a show that pays homage to Al Jarreau and showcases the incredible songs he released over the years.  The reason why I decided to do this is…  since my time in the military stationed in Germany, 1984, Al Jarreau was one of the most important influences in my musical career,”  Darryl Walker commented.

The set had a great send off with Walker breaking into the energetic and upbeat song, “Get My Boogie Down,” with adept scatting, accompanied by the powerful horns.  Rolling into the 3rd memorable tune, “We’re In This Together,” there was a distinct sax solo from Michael Carnahan which boosted the melody; then Darryl sliced the melody with skillful scatting elongating the phrasing at the end. 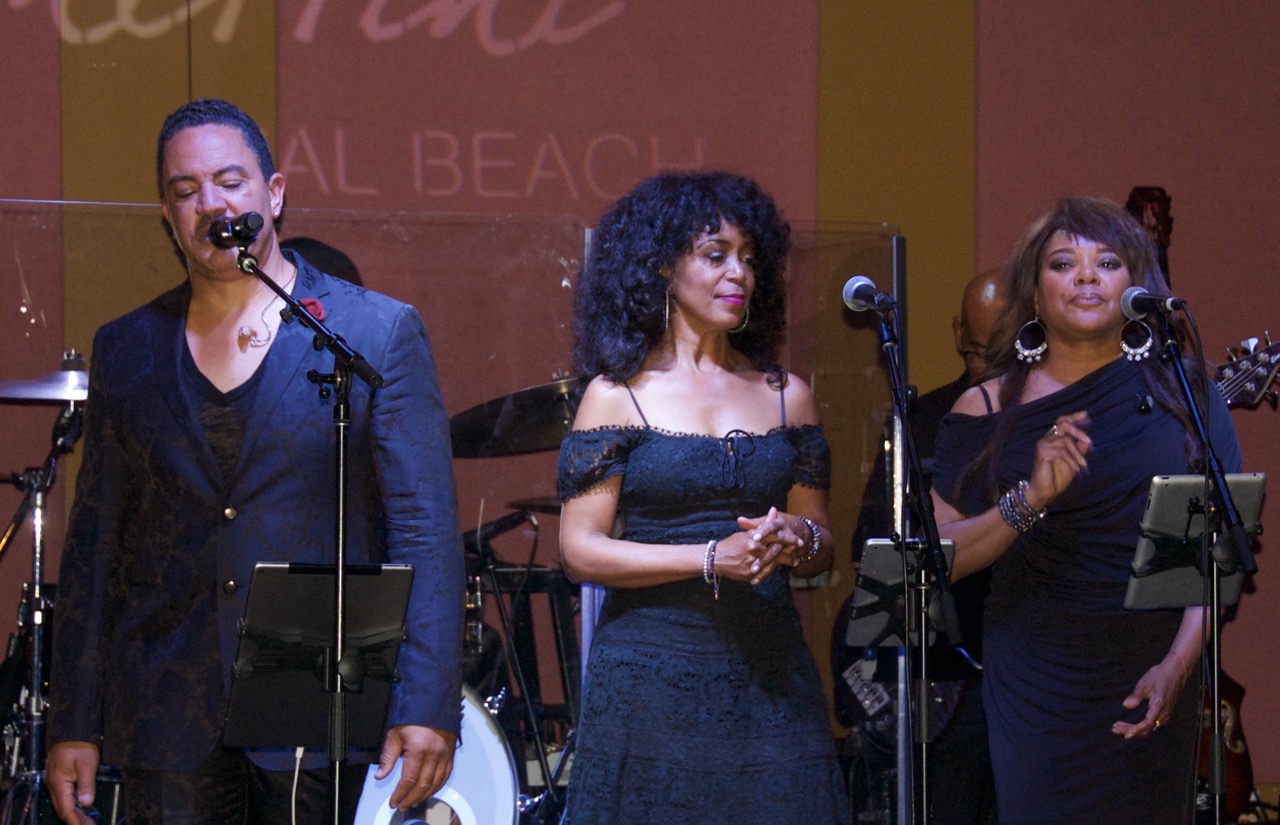 Darryl revealed how he emulated Al Jarreau’s vocal abilities.  “Al Jarreau’s approach to scatting and being a virtual instrument with his voice gave me so much inspiration.  His technical aspects were impeccable and also his approach to the emotion that he put into the songs.”

Tackling the snappy complex rhythmic melody of, “Spain,” Darryl Walker displayed perfect pitch, popping and holding the notes with masterful control, then interlacing a lovely pause, before he completed the last lyrical phrasing.

“When it comes to these songs, I’m going to do them pretty much to form.  I’m not one who believes that people should put too much of their own personality in someone else’s music, especially when the person has passed on.  You have to honor the music.  Doing it well is the first thing you have to do.  Secondly, is to keep the continuity together and don’t make it about you too much. I want to pay tribute and show respect to their work.”

The ultimate moment of the evening was when the vocalist gave a transcendent performance of “Sophisticated Lady.”  One was transported to another dimension of Darryl Walker’s talent…bold and sublimely expressive, Darryl’s voice sparkled, peeling off colorful dynamics, rolling, pausing, capturing the unparalleled magic that Mr. Al Jarreau had given to so many fans. 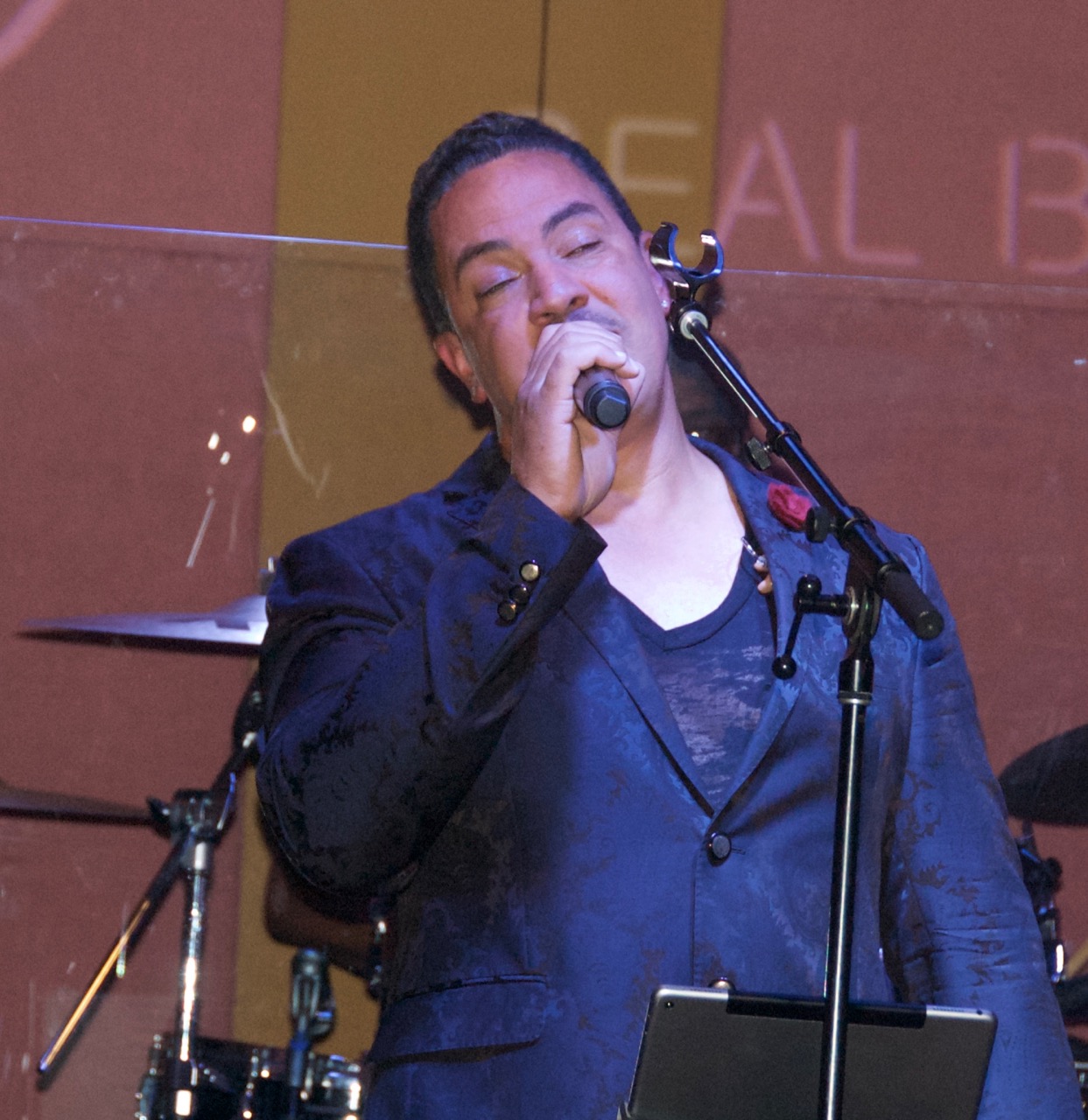 “Al Jarreau’s lyrics were amazing.  He had a history of writing interesting and clever lyrics.  He was one of a kind.”  Walker concluded.

For more information regarding Darryl Walker go to: