The film made its world premiere at the 2016 Berlinale, where it was greeted with largely positive reviews. Screen Daily’s David D’Arcy praised the film’s “humour of clever restraint” and called lead actress Fatima Al Banawi, “radiant, playful, and contentious…a revelation”, while the Hollywood Reporter hailed the film as “an easygoing crowd-pleaser”.

Sultan Al Bazie, head of the Saudi Arabian Society for Culture and Arts and chairman of the nominating committee, said of the film, “Mahmoud Sabbagh is a representative of a new generation who will soon be pioneers in the history of film making in Saudi Arabia. This generation, who submitted more than 70 films in the third Saudi Film Festival organized by SASCA last March, are showing a lot of creativity and determination to express themselves and their culture through cinema. We feel proud to nominate Barakah Meets Barakah as our country’s second entry to the Oscars and we are optimistic that the next years will have more entries from Saudi Arabia.”

A remarkably candid Saudi Arabian love story, Barakah Meets Barakah was filmed in Jeddah and features breakthrough performances from leads Hisham Fageeh and Fatima Al Banawi as the young would-be couple Barakah and Bibi. In a society where meeting in public unchaperoned is prohibited and physical contact is verboten, Barakah and Bibi find themselves in a near-impossible situation just trying to have a first date. Barakah Meets Barakah is an insightful exploration of the clashes between traditional values and the modern world of smartphones and social media, told with acerbic wit by writer/director Mahmoud Sabbagh. 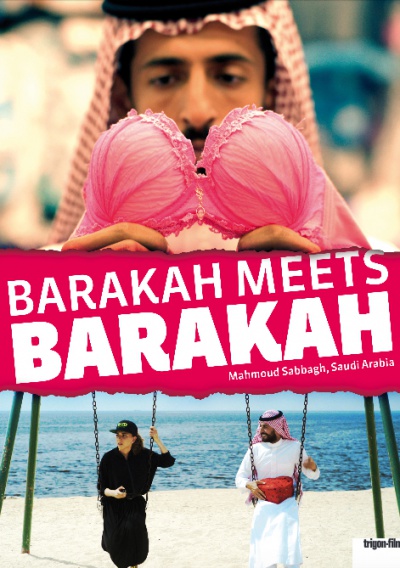 Sabbagh said, “This movie is about hope and making change. Even in the most challenging filmmaking conditions, there should be a voice that represents the normal stories of the people in Saudi Arabia.”

The film will be released in select territories in the Middle East this fall and will make its North American premiere at the Toronto International Film Festival in September. It is currently seeking North American distribution, with MPM Films handling worldwide sales.