On February 10th, 2018 a Smooth Valentine’s Day Concert pumped  some jazzy love and soul throughout Terrace Theater in Long Beach as four major stars, Howard Hewett, Jonathan Butler, Paul Taylor and Michael Lington captivated the night.   Each performer exuded endless energy that brought appreciative calling out  from the audience and got everyone up dancing in their seats. 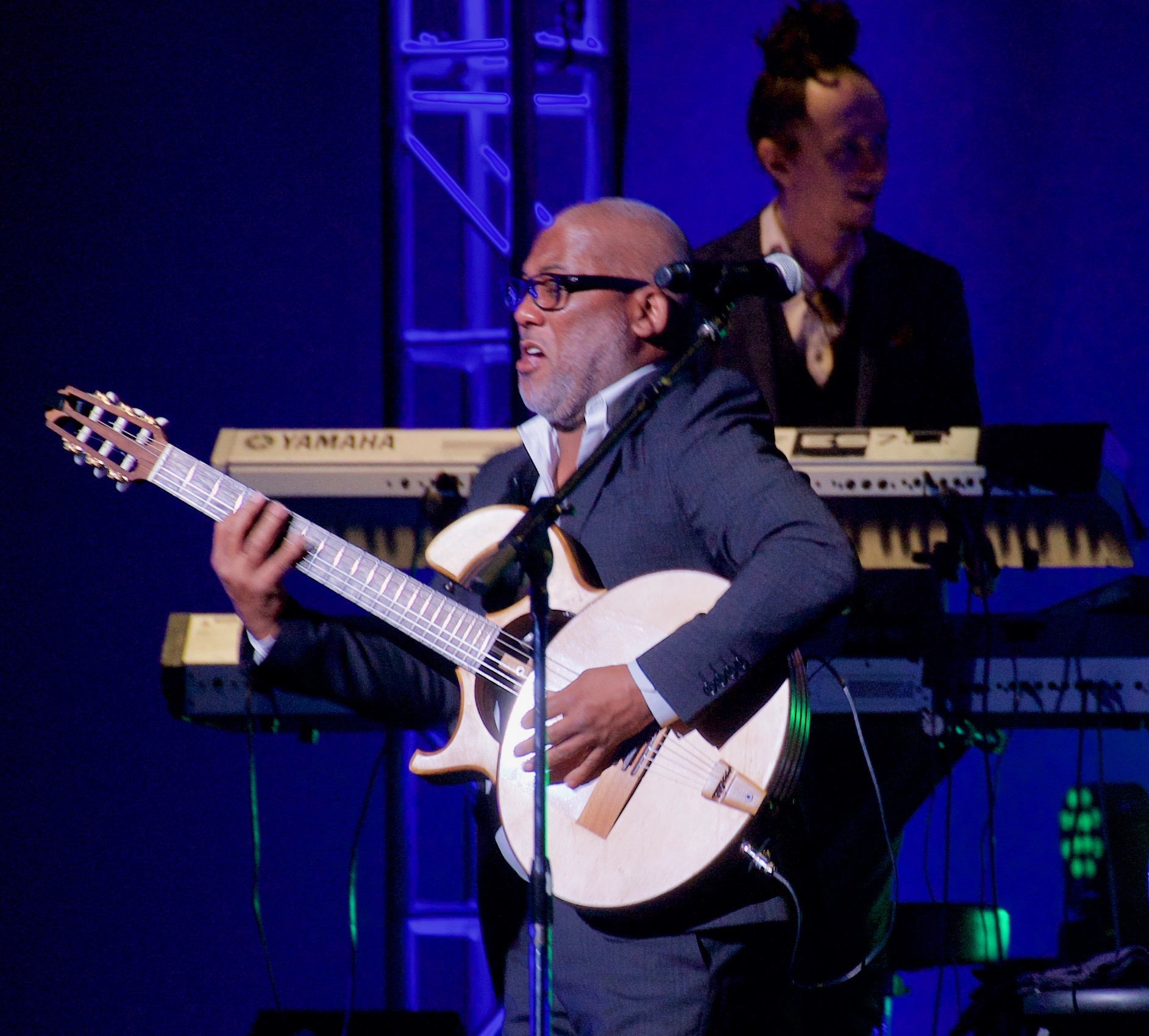 Jonathan Butler came on first with his quartet.  The band gave a high octane power performance as the keyboardist, drummer and bassist revved up with speedy solos and gun hammer backup music.  The South African top Smooth Jazz Artist crooned romantic, soulful tunes that he intermixed with his native tongue. The combination was exotic, thrilling, and powerfully spiritual. When he dedicated “Song for Elizabeth” to his mother, Butler’s enchanting and gorgeous voice echoed with deep feeling.  He topped the set off with testifying that he was living his dream and the bassist vamped a killer solo while Butler stomped the ground … this slowly metamorphosed into a slow, sensual, heart gripping yodeling in his South African language.

The finale was Butler’s signature closing where he brings everyone to church by singing, “Falling in Love With Jesus.”  Jonathan Butler’s performance was deliciously satisfying. 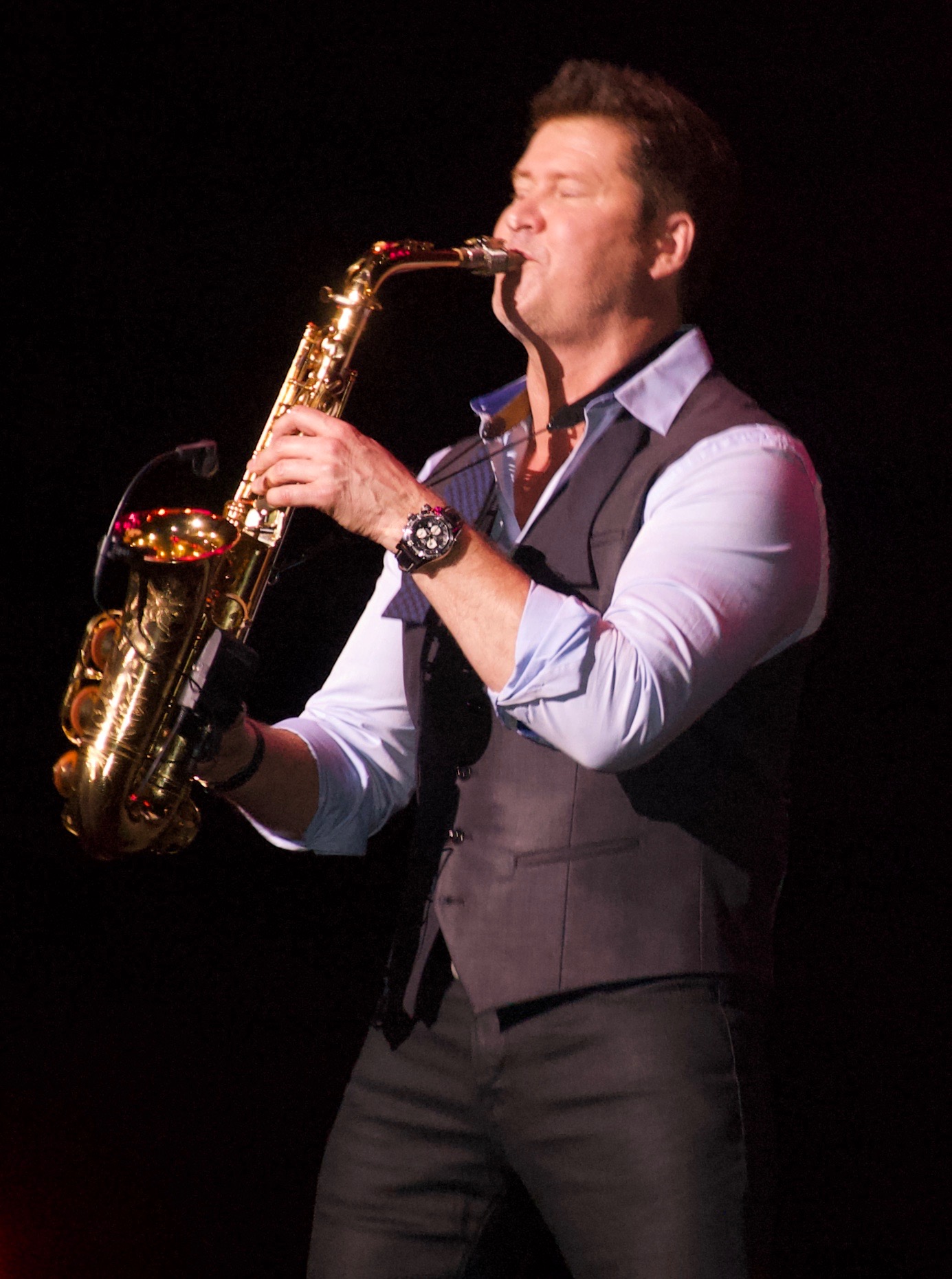 Part II of the night roared open with Michael Lington jumping onstage with his sax and blowing feverishly … followed by Paul Taylor gliding smoothly across the floor releasing high rising riffs on his instrument.  Then, Michael Lington went back to back with Jay Gore, the guitarist and Paul Taylor did the same with Darryl Williams, the bassist while the music flowed and frolicked freely.  We were treated to Paul Taylor’s sweet lyrical playing next and afterward, Taylor introduced the legendary R&B vocalist,  Howard Hewett. 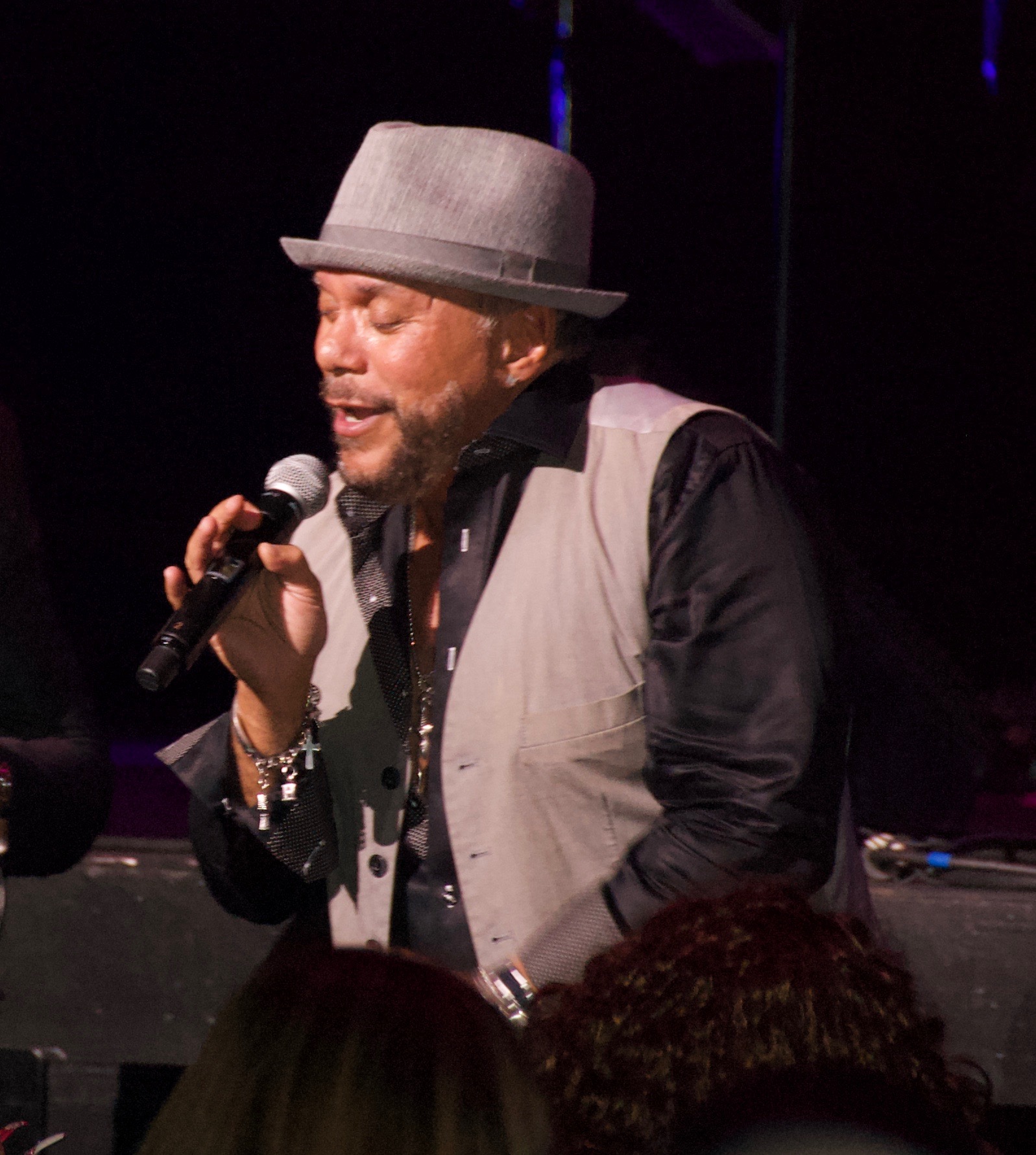 From the shadows,  Howard Hewett floated onstage crooning in his high sexy voice.  He looked ultra hip wearing sunglasses, a black fedora hat, a long scarf wrapped around his neck that topped off a black and white patterned shirt.  His relaxed manner gave way to his hit song, “Crystal Clear” in which Taylor accentuated by running sensual licks on the soprano sax.  Hewett also articulated his skillful vocals as he climbed easily into the higher octave range.  Following suite, Howard Hewett then introduced Michael Lington back to the stage.

The audience then heard Michael Lington’s tune, “Show Me” as he blew his strong catchy melody.  He zipped around his musicians, first shining the light on Tateng Katindig, the keyboardist who ripped out a stunning solo, then to Jay Gore, the electrifying guitarist, and ended with raising his sax high into the air for a dramatic finish.

For the rest of the evening, the three artists, Michael Lington, Paul Taylor and Howard Hewett took turns entertaining the crowd with their marvelous solo performances and playing together.  However, when Howard Hewett and Michael Lington ventured into the audience and let loose, “Everything Must Change” that was absolutely stunning.  Between Hewett’s vocal aerial acrobats and Lington’s towering, ball of fire sax playing, they had the audience marveling and wanting more. 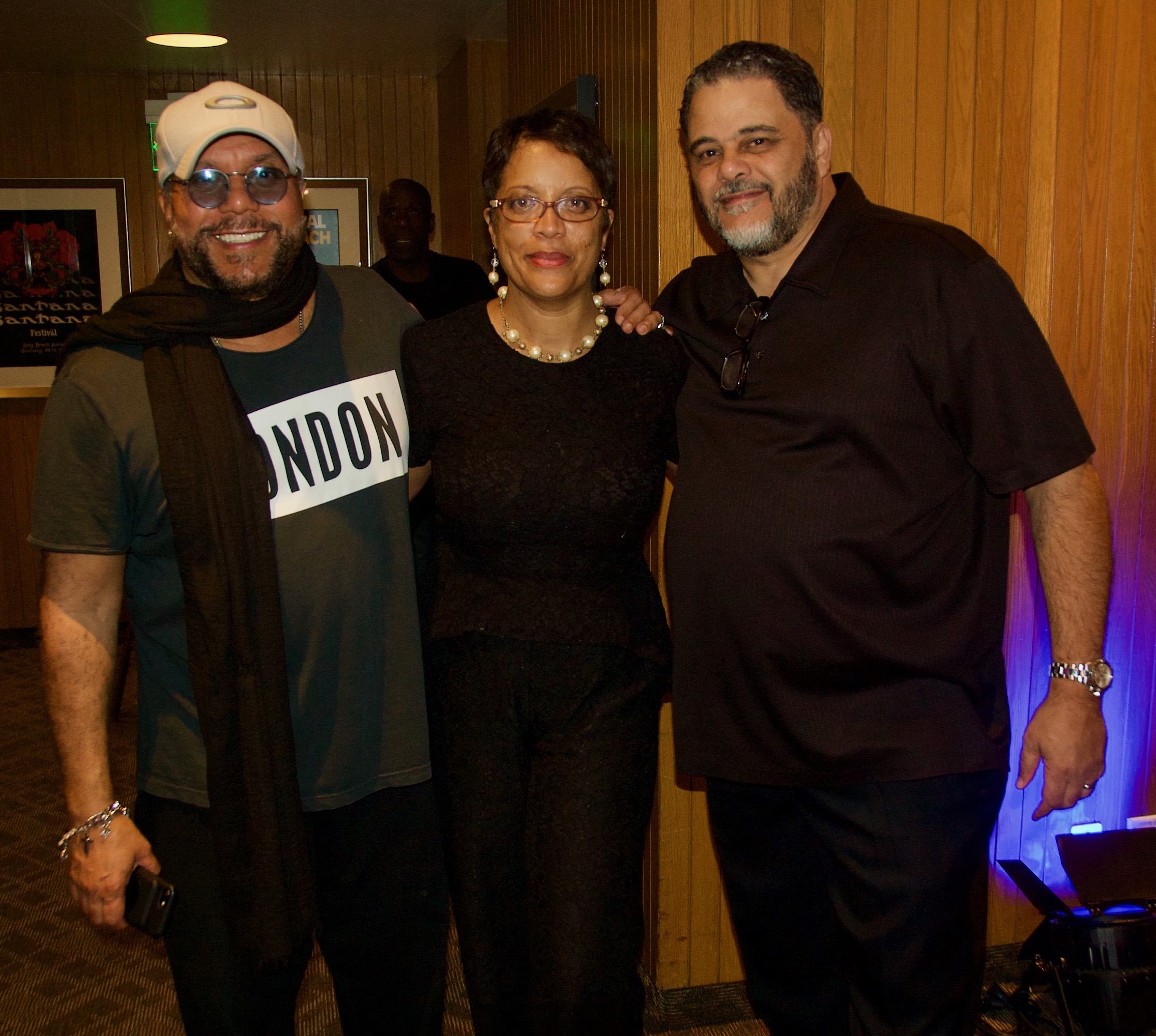 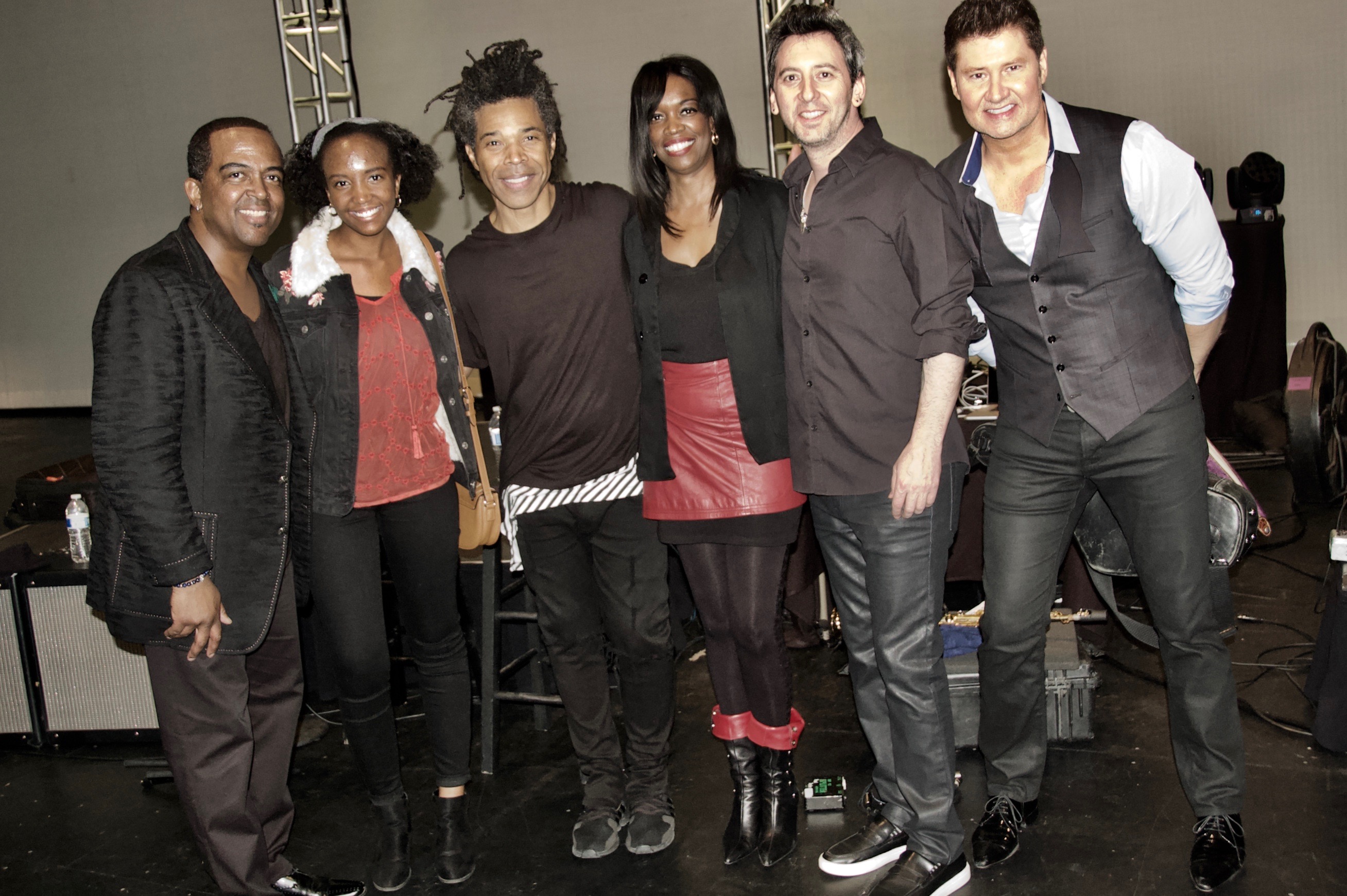 The Smooth Jazz Valentine Concert was the perfect way to kick off the Valentine’s Day weekend for all music lovers.
Photo Credit: Sheryl Aronson / The Hollywood 360

Kaliyani - An Artist of the Sacred Feminine