In their storied half-century year career, Tower of Power has played countless performances and won over millions of fans around the world — among them, Fort Wayne, Indiana-based Sweetwater Sound and its founder and fellow horn-player Chuck Surack — who considers them ‘his favorite band in the world.’ In the past, the band has participated in Sweetwater sponsored events, and more recently, Sweetwater’s professional recording services subsidiary, Sweetwater Studios, was asked to record the band’s 50th anniversary celebration performances at Fox Oakland Theater in Oakland where it all began 50 years ago. 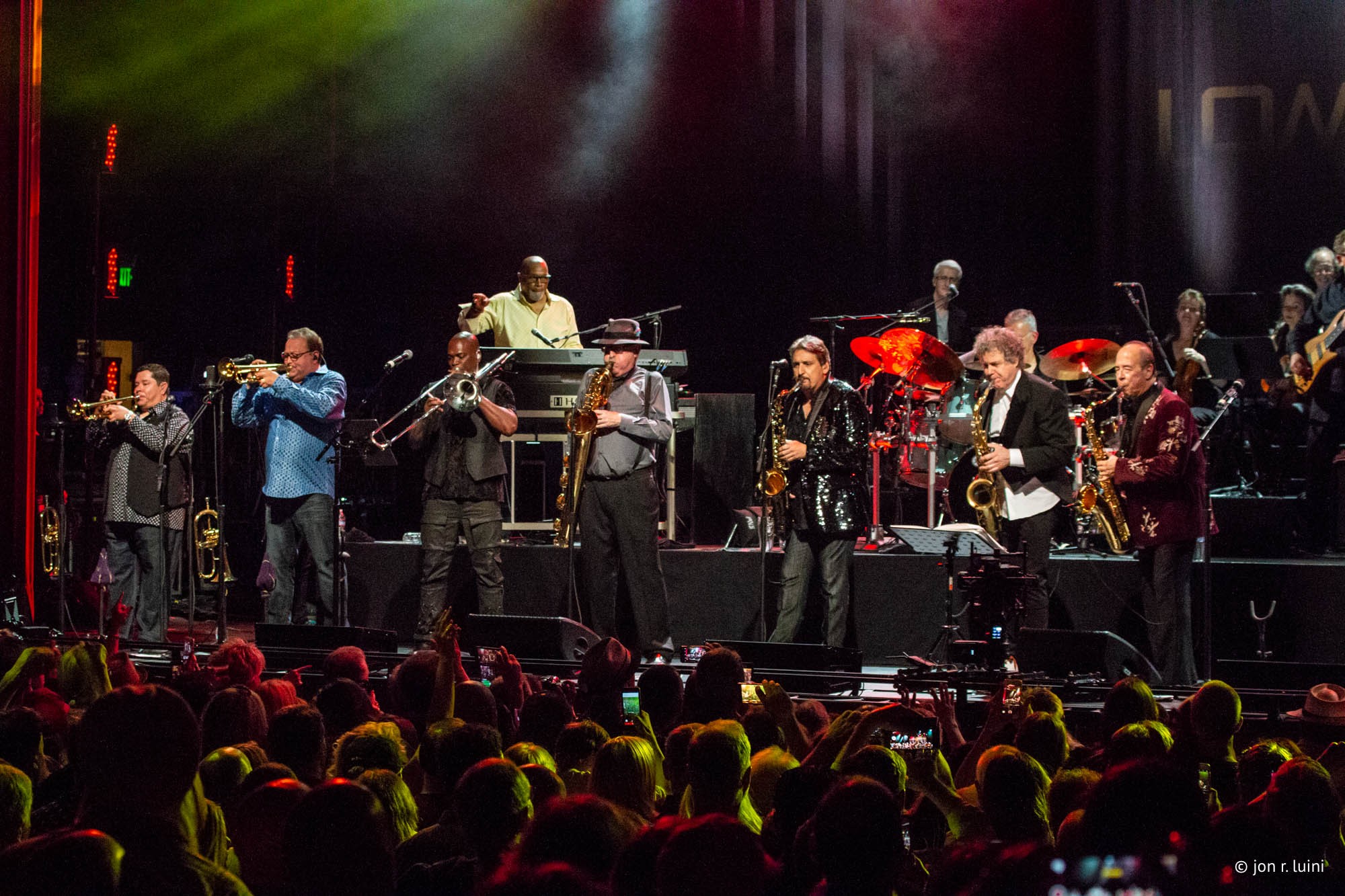 The live recordings, produced by Joe Vannelli and engineered by Sweetwater Studios, consist of two sell-out performances on the evenings of June 1 and 2 of this year, some of which is planned to be included on a forthcoming live album as part of the band’s 50th anniversary celebration. The audio was captured by Sweetwater Studios’ Mark Hornsby, Jimmy Blankenship and Nathan Heironimus in pristine 5.1 surround, 24/96 kHz format. Also, both performances were also concurrently captured in stunning 4k video.

For Tower of Power, this historic Oakland concert — which included venerable classics such as “What Is Hip?”, “So Very Hard To Go” and “Don’t Change Horses (In The Middle Of A Stream)” — was an exclamation point on a stellar year. Just two months ago, the band’s new studio album, Soul Side of Town — also co-produced by Vannelli — earned the band its first #1 on the Billboard charts. 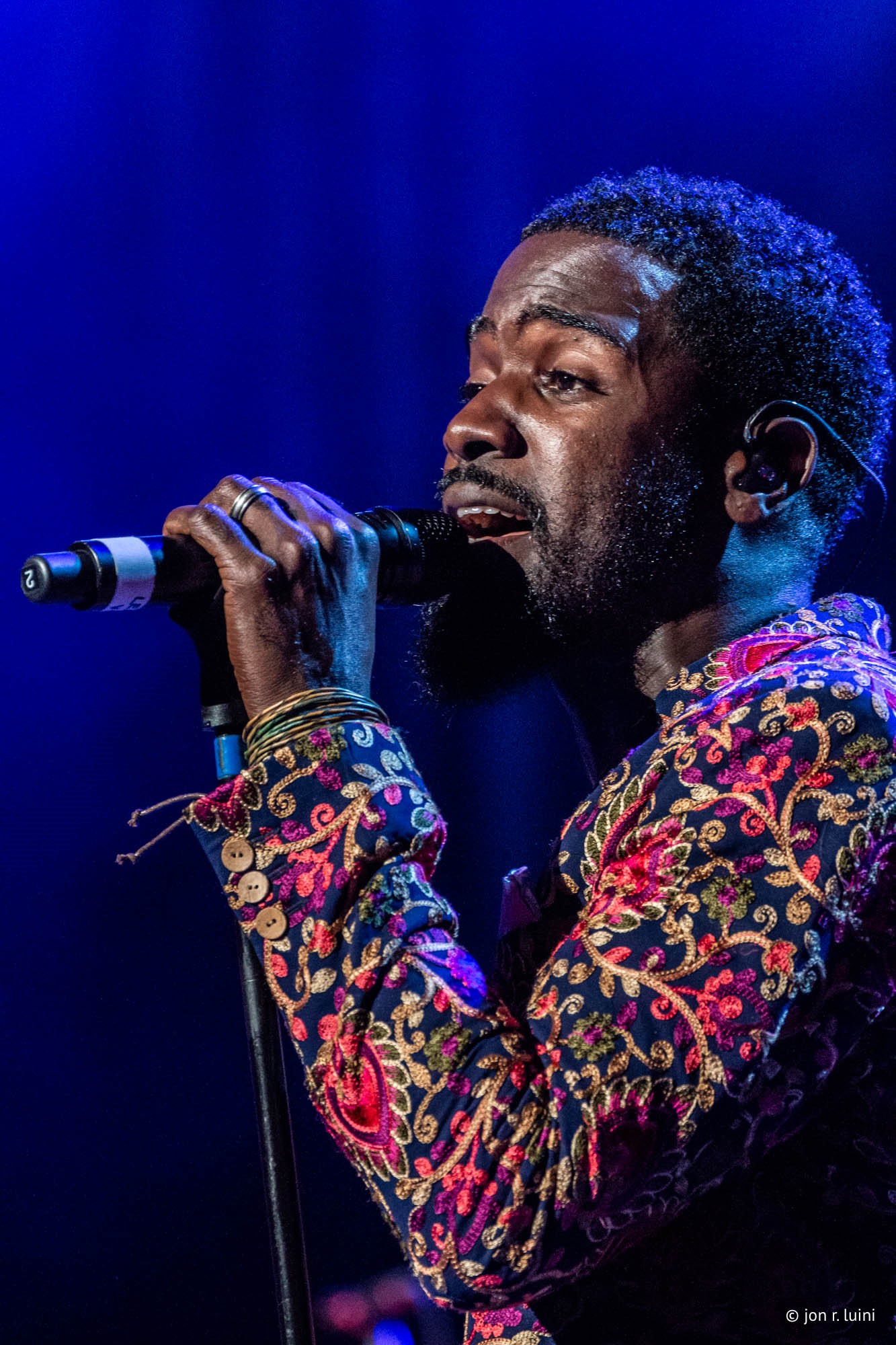 No Safety Nets
For Sweetwater Studios’ Mark Hornsby, who spearheaded the live recording, the project was a challenge — and there was only one chance to get it right. “There are over 20 musicians on the stage, and at least 90 inputs off of the stage,” says Hornsby, who is Sweetwater’s Senior Producer / Engineer. “We had primary and redundant rigs running, and we wanted to make sure our levels were great and that we were getting all the parts.” The team set up a makeshift 2.1 control room in the basement of the Theater where they could achieve sufficient isolation for monitoring, and set up an Avid S6L console — running straight into a Pro Tools HD system via AVB. In addition to the primary system, which was fed from an isolated stage split, a redundant multi-channel feed was also taken from the stage box and run into a separate Pro Tools HD system via MADI. 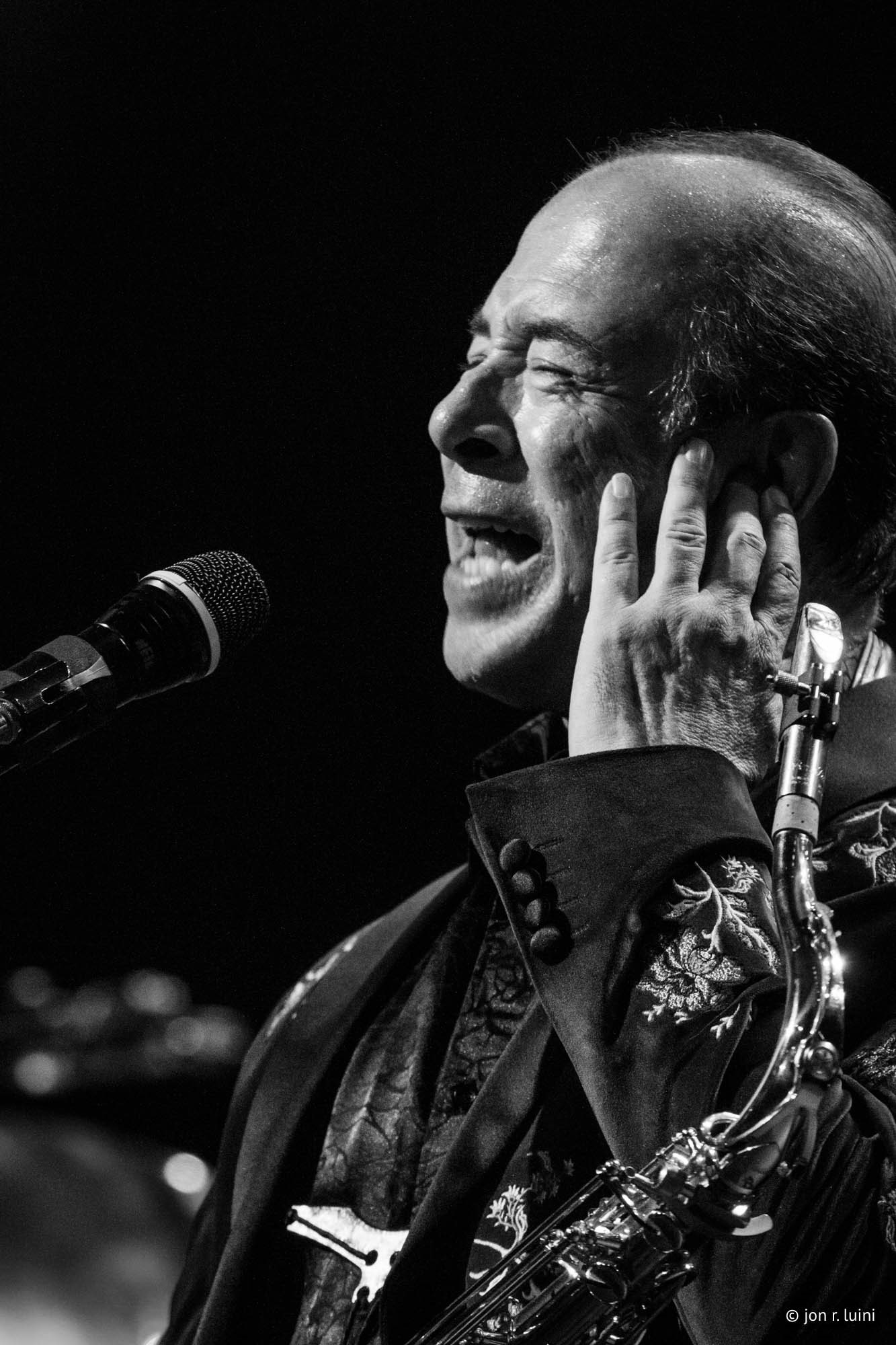 Making the Theater Sing
In addition to the lines being pulled from the stage microphones, the team set up a surround microphone configuration to capture the sound of the Theater, which Hornsby says was ‘spectacular’. They deployed three Earthworks QTC40 omni microphones at the front of the orchestra, in an LCR set up about 15’ high and 20’ away from the loudspeaker array. In addition, they ran a pair of shotgun microphones at the front of the stage, pointed towards the audience.

Up in the balcony, a pair of super cardioid mics were placed facing back into the audience. “With this mic set up, as soon as we heard the drums warming up, it sounded like a million bucks in there,” Hornsby recalls. Soon after, the horns and other instruments were added, and they knew this was going to become a live recording for the ages.

According to Hornsby, proper room miking is an often-overlooked element in concert recording. In the case of Fox Theater Oakland, a 2,800-seat venue that originally opened its doors in 1928, Hornsby knew he was working inside of an acoustic gem. “There are these huge, arched ceilings that go all the way up to the balcony, and the room is very special. There is a real art to capturing the sound of a beautiful room like this, and if you get it right, it can be a great tool to be used in the mixing process — particularly on a record that features 5.1 surround. You need depth when you push up those faders, and something that sounds larger than life.” Hornsby was able to bring his extensive expertise in this area to bear on this project, having cut his teeth as a staff engineer at Nashville’s Seventeen Grand Recording back in the ‘90s — one of the first 5.1 high definition mix rooms in the country. 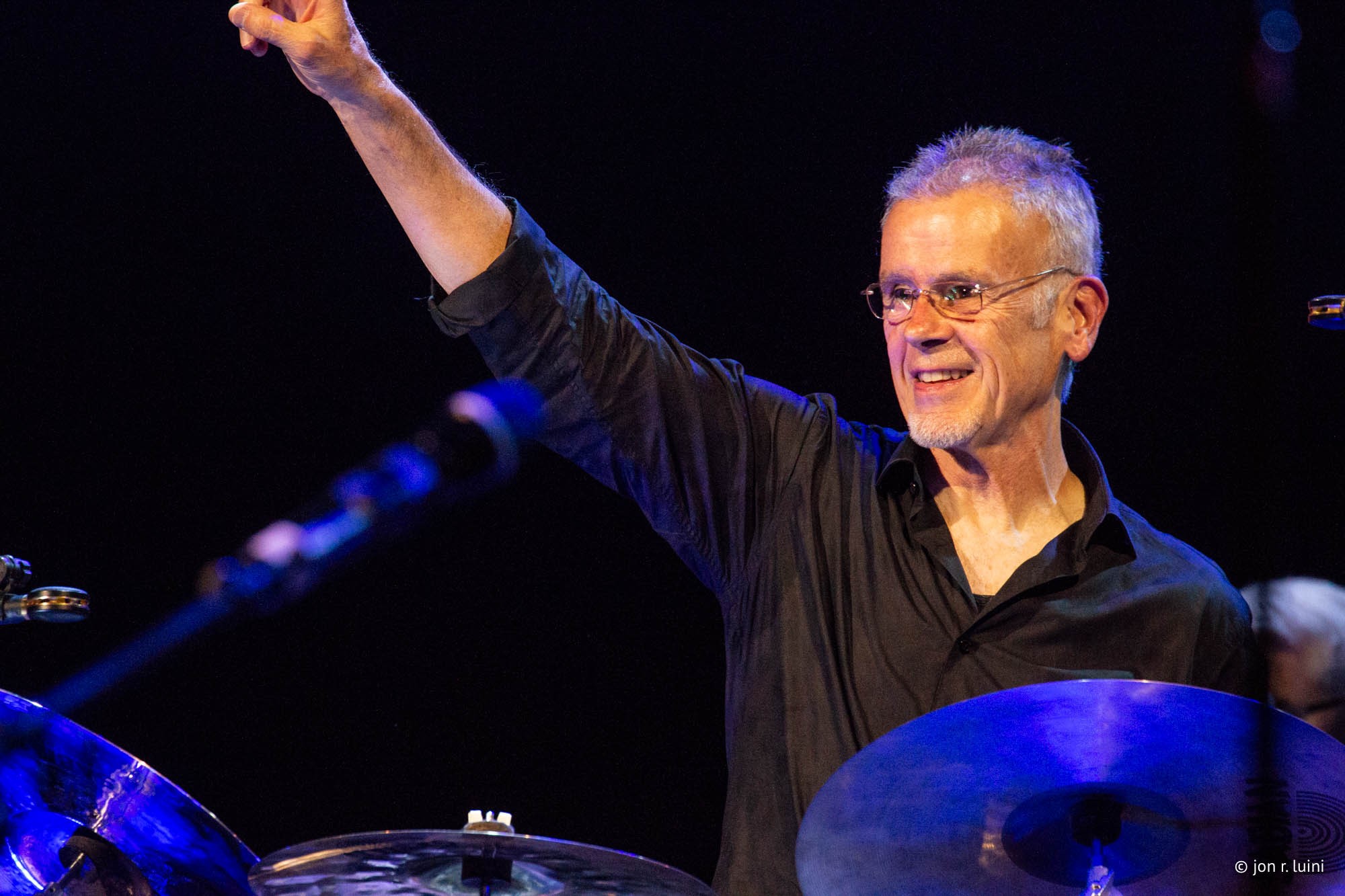 Keeping Files Safe and Sound
Once the team achieved optimal levels and the sound check was complete, they took measures to ensure that all the music would be captured for both evenings — on both systems — without fail. “You are capturing a lot of data, people are spending a lot of time and a lot of money, and everything needs to be backed up. That means you are often there till 2:00 or 3:00 in the morning backing up and protecting assets.” Their rig consisted of three solid stage hard drives, and they allocated tracks across all three for a total of 90 tracks running at 24/96.

Even after the set up is complete and the concert is underway, the tension — which is necessary for a great result — never ceases. “You are on your toes the entire time, listening,” Hornsby says. “Jimmy Blankenship and myself actually mixed all the shows in real time live and printed a two track mix while Nathan Heironimus monitored back both rigs — just to see how everything was feeling, how it was all working and how the audience sounded. ‘Does the room sound right? Does everything sound in phase? Are the separate mics all gelling together?’” 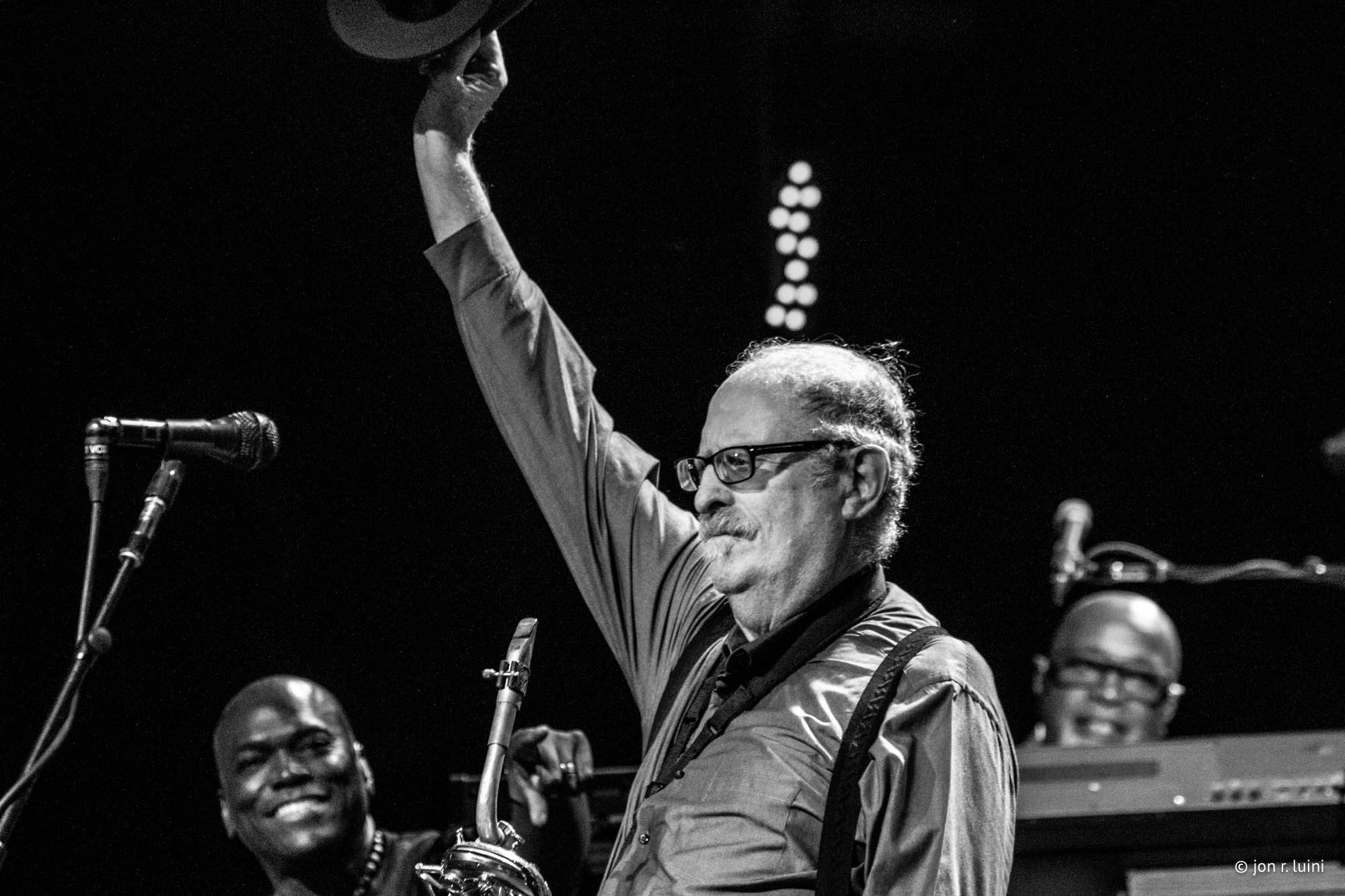 An Interdependent Team
Hornsby also says that seamless communication and coordination was required between the FOH engineer Mike Droke, the monitor engineer and the Sweetwater team. “If we heard anything, we’d tell Joe, then he would run up and talk to the monitor engineer, then the monitor engineer would make any adjustments with the performers and adjust the mix again. It is all teamwork, and not just us. There were a lot of people on that crew and we were all interdependent.”

This kind of teamwork can prove effective when it comes to unwanted sounds emanating from the stage. For example, the string section relied on instrument pickups to capture the audio — and if there are any hums or ground loops, they need to be quickly identified and sorted out. “Sometimes you have to adjust the pickups on one or two of the instruments and make sure it is in the right spot. This kind of attention to detail is critical, because if you screw it up, you can’t fake it later,” Hornsby observes.

Even though the approach for a live recording is vastly different from a studio project, which occurs in a completely controlled environment, for Sweetwater and Hornsby the objective remains the same: “One of our philosophies is to try to make the technology transparent. We want everything to sound good from the microphone to the preamp, right into the box. If something doesn’t sound right, the rule of thumb is to fix it at the source and try not to rely on EQ or other processing to save you.”

Thad Tegtmeyer, Vice President, Campus Sales Operations & Artist Relations, Sweetwater, is pleased that Sweetwater Studios was called into engineer what will surely turn out to be a seminal live recording: “This is a band with a tremendous history, and their musicianship is off the charts,” he says. “For us to be involved in such a project says a lot about the experience and talent of our team at Sweetwater Studios. It also gives our company a lot of credibility with customers and our own employees.”

On this project, Sweetwater Studios will ultimately hand over the files to Vannelli, who will be handling the 5.1 mix. “Our job is to deliver clean, good sounding tracks off the stage free of any technical problems so Joe’s job a lot easier when it comes time to put it all together. If he is cutting between different performances from different nights, all the levels need to be consistent. If he wants to marry one performance with another, the levels and sound character have got to match perfectly. We want him and any other client to be able to push up those faders on and go ‘Yeah, this sounds really good!’”