In the late 1960s, deep political unrest set the stage for a revolution of the mind: the psychedelic era. During this time of unbridled experimentation, writers, artists, and musicians unleashed limits and broke down boundaries with their work.

Artists also worked in the psychedelic style, creating the brightly-colored, Art Nouveau-inspired rock posters so often associated with the 60s. Psychedelia also found its way into rock photography, and leading the way was legendary photographer Karl Ferris. Manipulating color and working with various filters and lenses, Ferris created images like the world had never seen.

On the 50th anniversary of Are You Experienced, the groundbreaking album  by Jimi Hendrix, Morrison Hotel Gallery is stepping through the looking glass into the “age of psychedelia” with an exhibition and sale featuring Are You Experienced album cover photographer Karl Ferris along with the work of some of the most talented photographers of that era such as Henry Diltz, Barry Feinstein, Herb Greene, and many others.

The photographs capture some of the most culture-defining musicians who led the way for a movement that changed how people heard and experienced music. The subjects are artists such as Hendrix, Donovan, The Hollies, The Doors, The Grateful Dead, Jefferson Airplane, Cream and many others.

The Psychedelic Experience exhibition will be at Morrison Hotel Gallery’s West Hollywood location, in the lobby of The Sunset Marquis Hotel, beginning August 24th and running until August 31st. Concurrently, the exhibit will be at the gallery’s New York location from August 24th thru September 6th. During and after the exhibitions’ run, all photographs are available for purchase on the Morrison Hotel Gallery website. International shipping available. 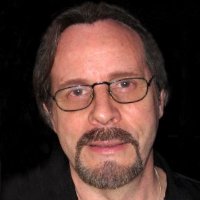 An English photographer/designer who spent years photographing the British rock elite, Karl Ferris best known as one of the principle innovators of psychedelic photography. Ferris grew up in Hastings, England in the 1950s. He became interested in art at a young age, studying at Hastings College of Art. He focused on Pre-Raphaelite painting, which later influenced his photographic style of the 1960s. After serving two years with the RAF as an aerial photographer where he worked with infrared spy surveillance photography, he moved into fashion, shooting for 19, French Mode, Marie Claire, Harper‘s Bazaar and Vogue. Ferris’s most Iconic collection of photographs are those capturing Jimi Hendrix and The Jimi Hendrix Experience in what is now known as a “psychedelic style.” Hendrix invited Ferris to shoot the cover for a US version of his album Are You Experienced. It was during this shoot that Ferris began experimenting with color and lens applications. The use of the fisheye lens and his innovative infrared film photographic technique created a never-before-seen effect that landed Ferris his first exhibition with Kodak London. He went on to shoot a variety of Hendrix albums, as well as a selection for Donovan and The Hollies. Now based in Ibiza, Ferris has moved into film producing/directing, as well as record producing, while still shooting special photographic assignments. His upcoming record, entitled The Jimi Hendrix Ibiza Remix, is a mind-blowing fusion of Hendrix classics and electrifying dance beats.