Filmmaker-Musician Benjamin Dean Wilson has released Smartest Person in the Room, a witty look at society and what makes us tick.

On his new album The Smartest Person in the Room Benjamin Dean Wilson is a multi-tasker.

Wilson plays all the instruments and produces music that takes the listener back in retro style old school, while moving the sounds ahea. He has assembled a collection of songs that is a wry look at life and what makes us tick.

The filmmaker-musician took the time to do it the old school way. He recorded the album in analog using a Tascam 1/2-inch tape deck. 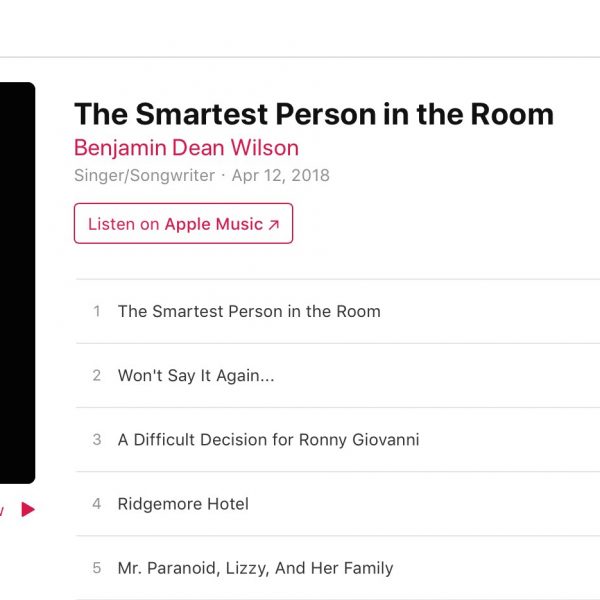 On Smartest Person in the Room, Wilson blends “talkin’ blues” style with musical theater and film style to produce a pictorial essay of songs that anyone will understand.

Wilson’s main job has been as camera assistant on commercials. He made short 16-millimeter films and then found his desire to work in music overpowering.

Small Talk was his first album.

VIDEO: Michael P. Cullen Asks The Question: 'Do You Believe?'