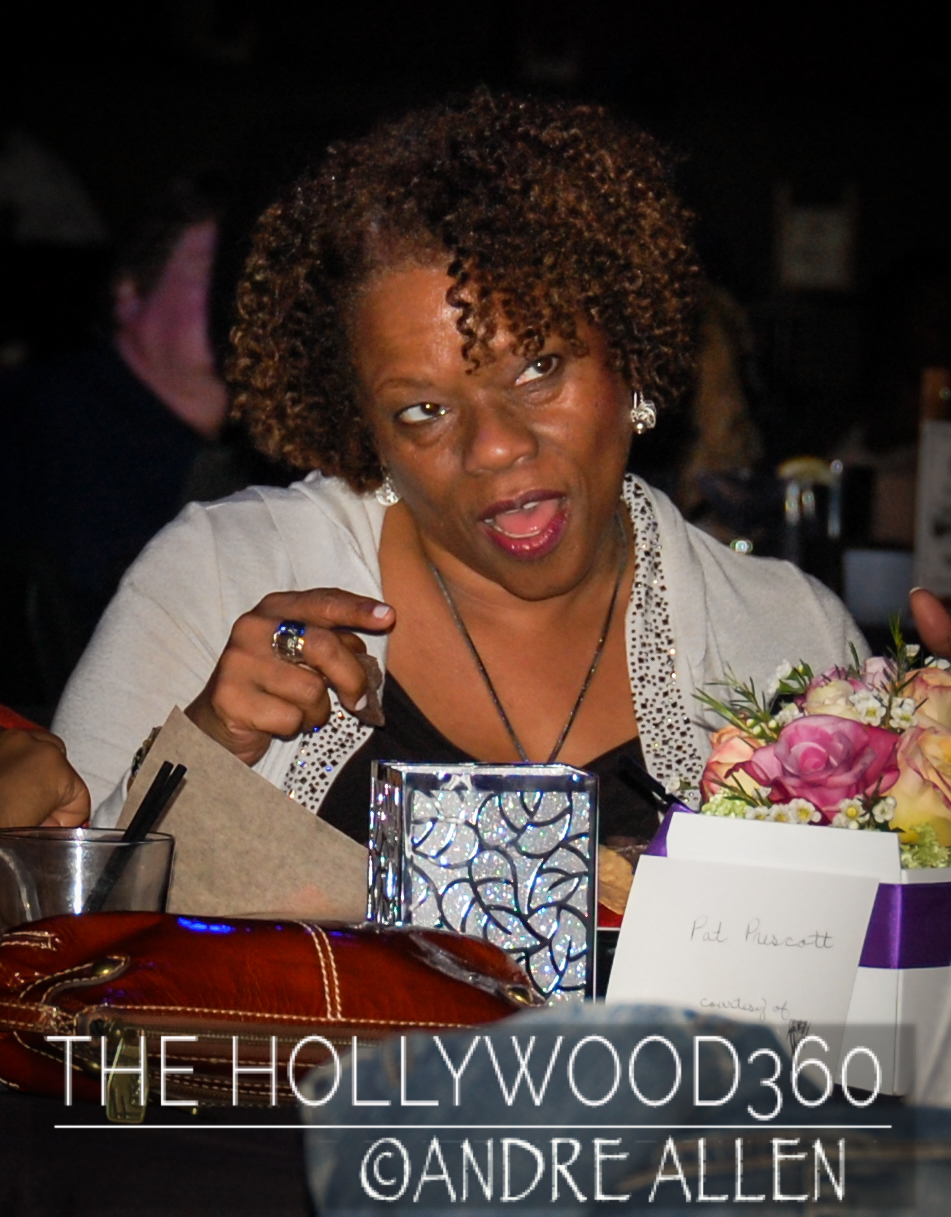 The Rose Club was packed with friends and fans ready to honor one of the most beloved radio host personalities in Los Angeles.  Pat Prescott exuded an aura of joy and contentment as she watched the festivities from her table upfront.  All night long Pat Prescott bopped her head to the music and enjoyed the entertainment presented in her honor.  A delectable birthday cake awaited the guests, which Pat cut into with zest and then was offered to everyone. 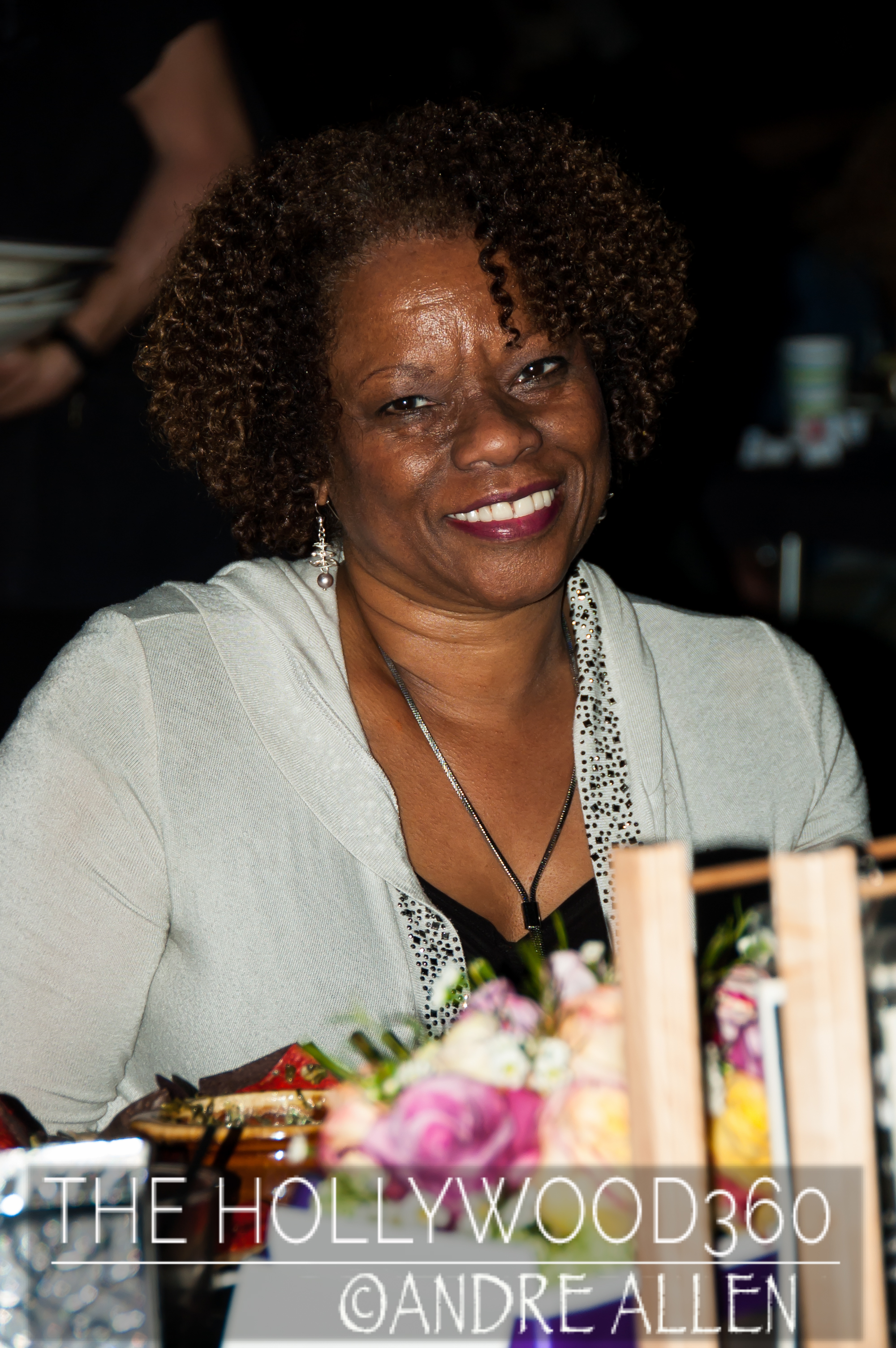 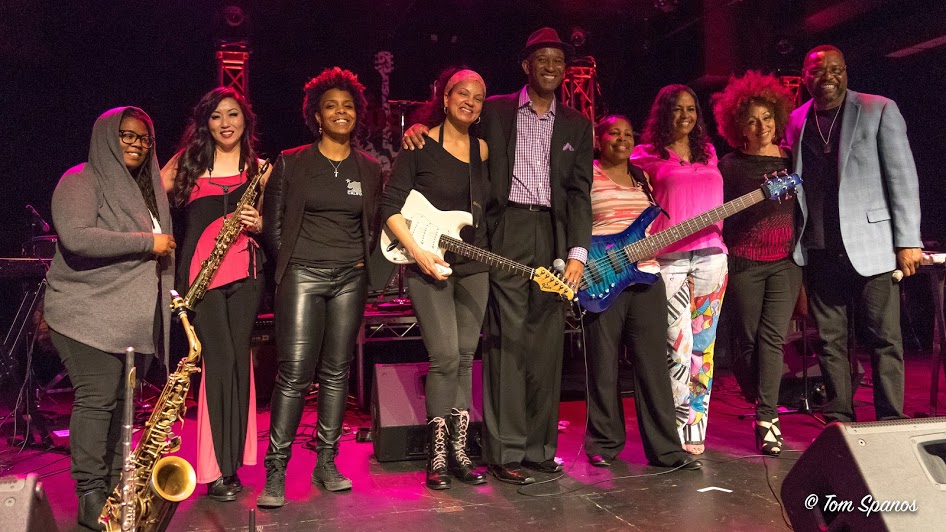 The Hollywood 360 had the pleasure of attending this fabulous celebration and interviewed Pat Prescott and Gail Jhonson’s band, Jazz in Pink.

Before the show, The Hollywood 360 sat down with Jazz In Pink in the green room and talked with them about this evening. 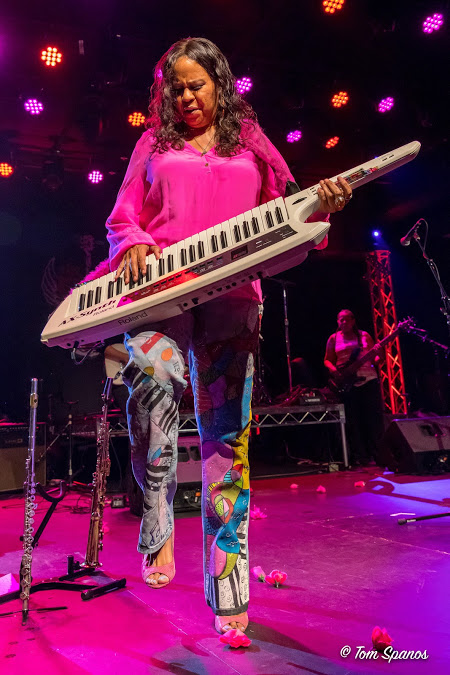 The Hollywood 360:  Why is Jazz In Pink such a special group?

Gail Jhonson:  Jazz In Pink is a collective of women who bring grace, beauty, talent and power to the stage.  We love what we do, we take it seriously.  We’ve been at it 10 years now in 2018.

The Hollywood 360:  The group is going to make a second CD to honor that occasion.

Gail Jhonson:  Yes.  We will begin in May to work on it.

The Hollywood 360:  Please comment about being all females in a jazz group.

Robin Bramlett: This is a great group.  I am the musical director.  I’ve been with them for 8 years.  We are a great collective of women musicians and everyone plays their butt off.  We’re not female musicians, we’re just musicians. We’re just musicians who are female.

The Hollywood 360: Yes, you are.  However, female musicians are in the minority and don’t always get the recognition you deserve.  Your chops are just as good as the men.

(A collective shaking of their heads.) 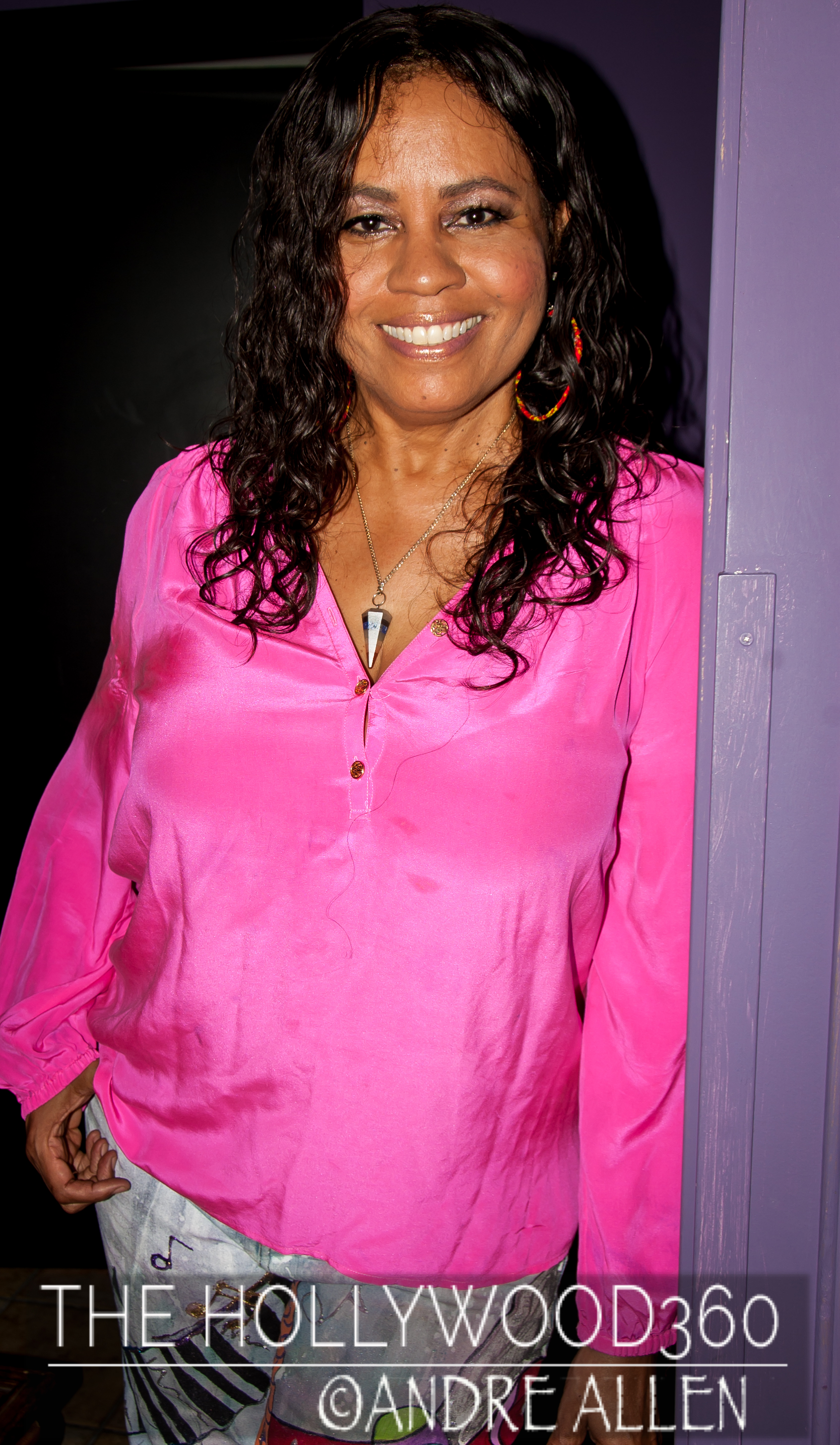 The Hollywood 360:  So what are we going to hear tonight?

Gail Jhonson:  We are here because we want to support the club.  Jonathan DJ Phillips has been spinning our music for so many years … he requested that we come on down and play tonight. 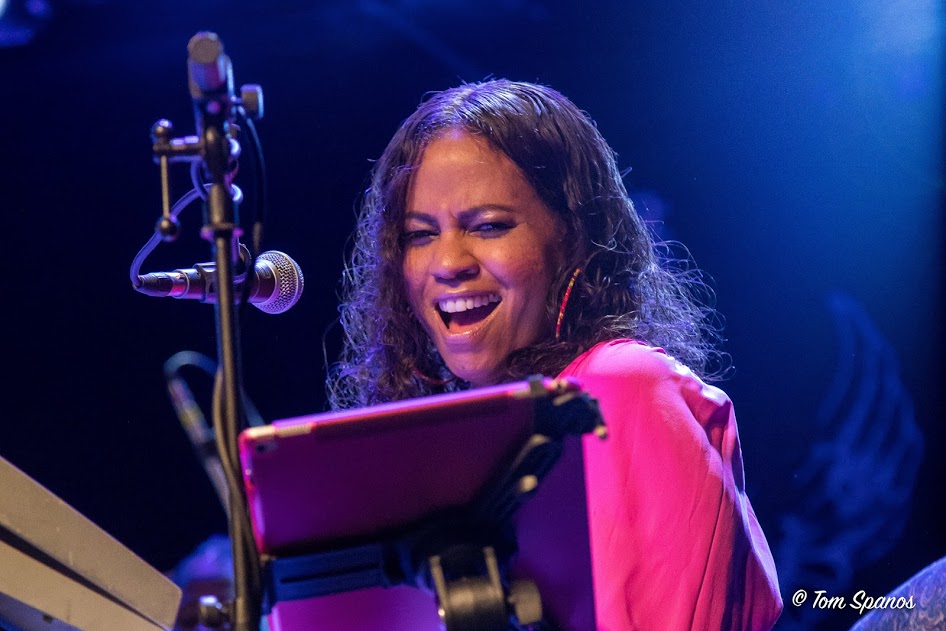 The Hollywood 360:  What is your favorite song you are playing here tonight?

The Hollywood 360: Are you going to play, “Happy Birthday.”

Gail Jhonson: We then got all sorts of renditions of the Happy Birthday song from Gail singing.

The Hollywood 360:  What else will we see tonight?

Gail Jhonson:  We will be featuring the fabulous Liz Fiedmont on vocals.   Jazz In Pink musicians are Gail Jhonson/keyboards/vocals, Robin Bramlett/bass. Dee Simone/drums, Drin Elliott/keys 2, Tomoka Nomura-Jarvis, sax, Marlene Moreno/guitar.  We’re going to have a good time tonight.  We are so glad to be here. 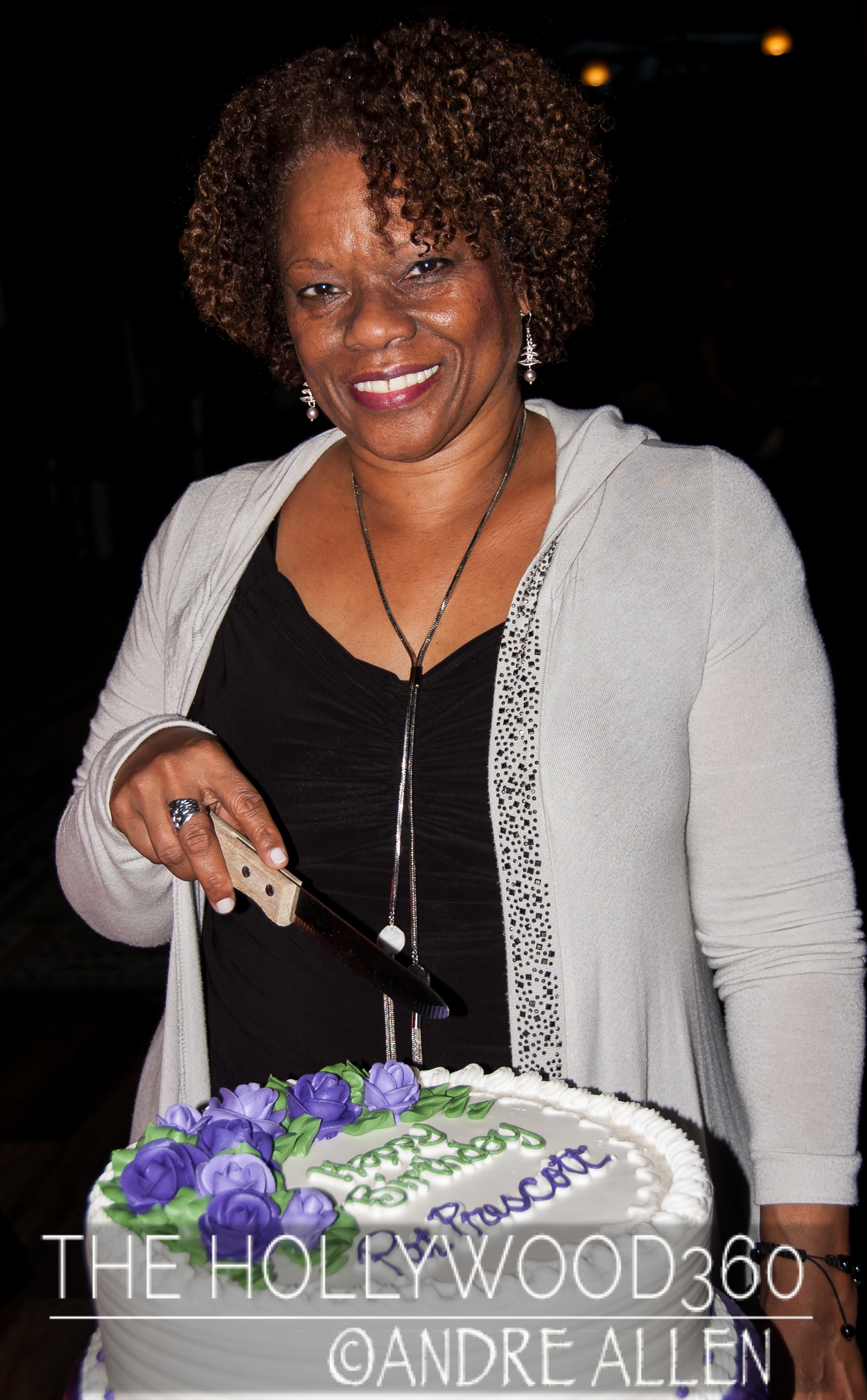 After Pat cut the birthday cake, we had a chat about her birthday celebration.

The Hollywood 360:  Pat Prescott, tell us how you are feeling tonight.

Pat Prescott:  I love a party that all you have to do is show up.

The Hollywood 360:  What do you think about Jazz In Pink playing for you tonight?

Pat Prescott:  Let me just say something, this is one of the most talented bands out there.  I am so happy that they were here tonight and the band killed it.  They rocked the house.  Anybody that hasn’t seen Jazz in Pink, tonight they got to see what an amazing band this is.  Gail Jhonson has done such an incredible job with all the many moving pieces in this band.  She knows how to make it work.  I have watched them evolve and it’s exciting to see some of the new faces in the band. I want to say that Gail Jhonson has been the heart and soul of Jazz In Pink.

The Hollywood 360:  Let’s talk about this great venue, The Rose.

Pat Prescott:  Do you know what I really like, I like that you can allow music to be an important part of your experience and also the fact that there is enough room for us here.  We’re not crowded into a small club.  Any chance that we give people to come together and have a good time where the musicians are able to show what they got, I AM GOING FOR IT! 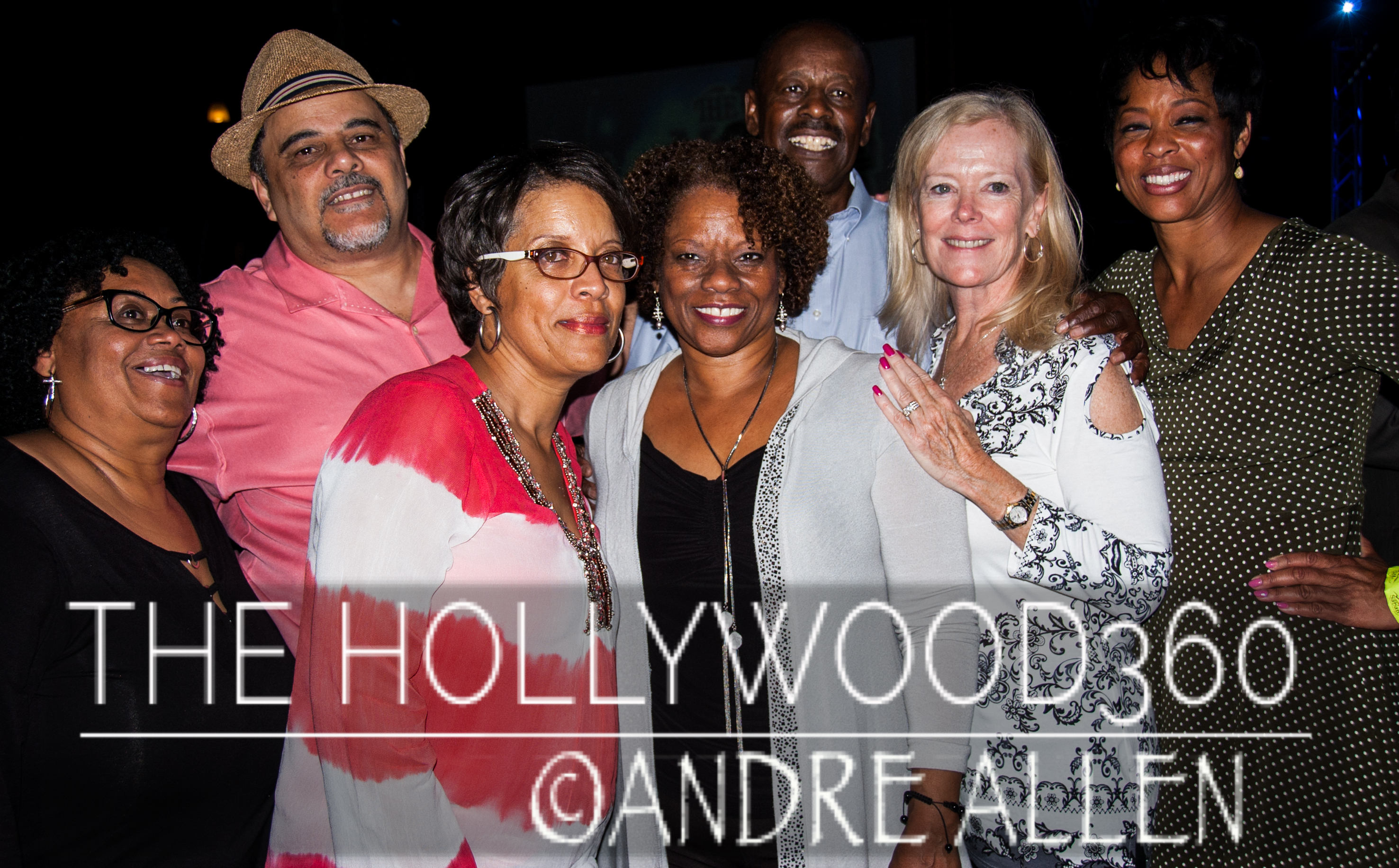 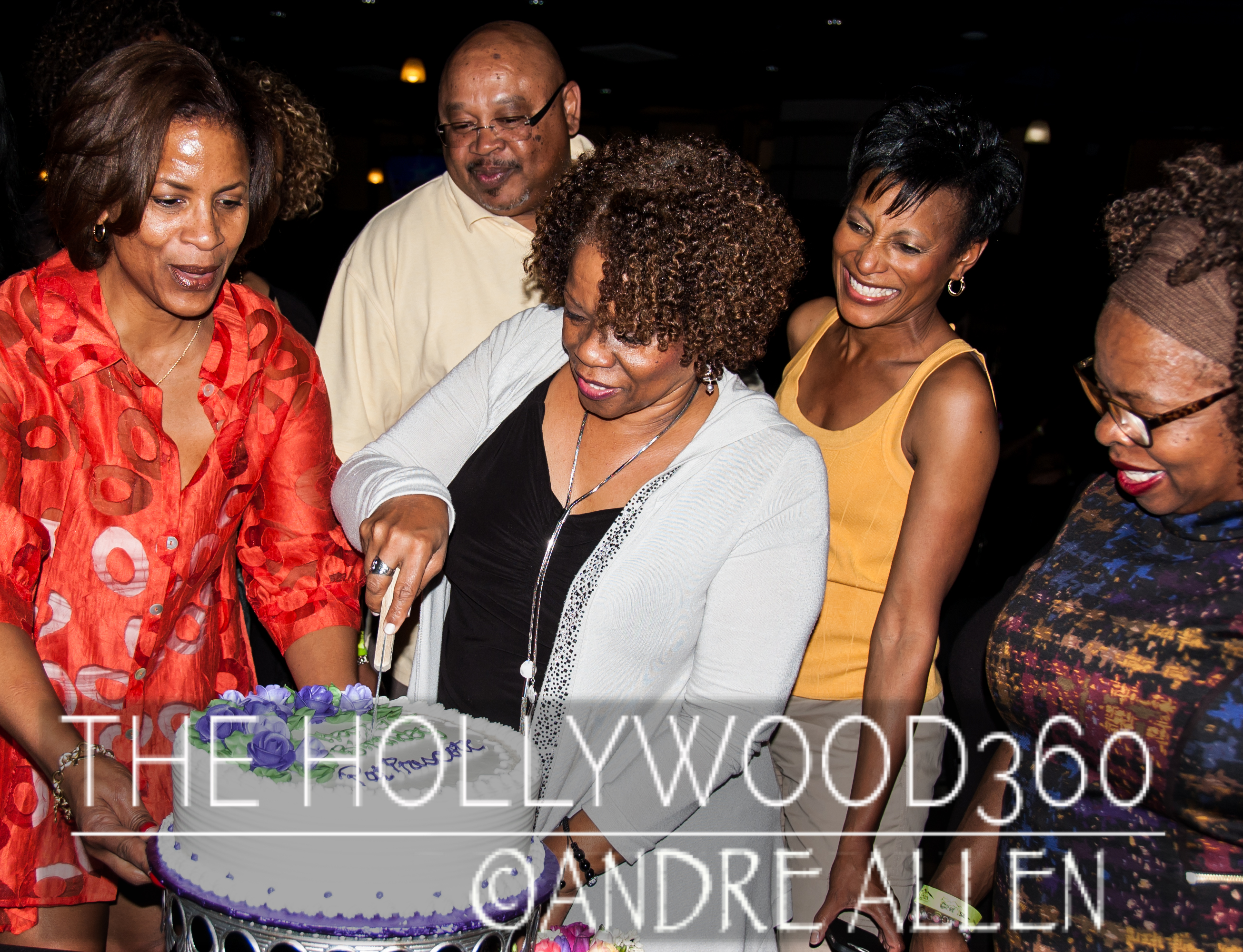 The Hollywood 360:  You are surrounded by so many friends tonight.

Pat Prescott:  I have so many friends.  When I moved here 16 years ago, I had a handful of friends who were mostly from the East Coast, they were a wonderful base to get me started.  But I have been blessed with these incredible people that have shown up in my life.

The Hollywood 360:  Anything else would you like to say about tonight?

Pat Prescott:  Just want to say thank you.  Last year was my year of gratitude so I just decided to extend it.  I want to be grateful and show that to people.  Everyone needs to take a moment and tell their friends what they mean to you.  It’s a small thing that means so very, very much.

The entire evening was superb.  Pat Prescott and everyone attending definitely whupped it up!  It was evident that this was OUR way to show Pat Prescott how much she meant to all of us. 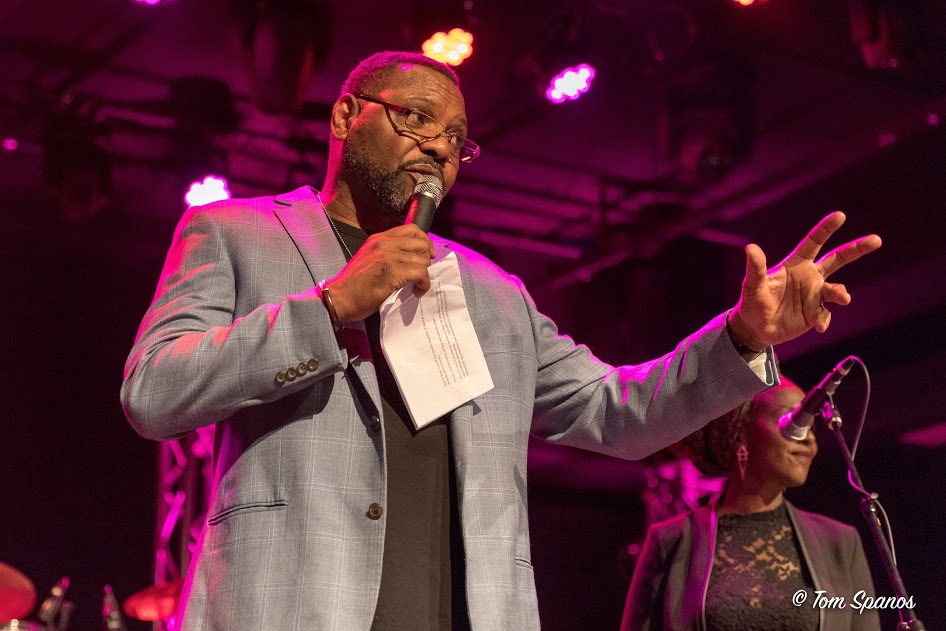 Please join DJ Jonathan Phillips every Wednesday night at The Rose for a night of great music and fun.  For more information go to:  Rose Concerts.com or call (818) 879-5016.

Day 1 recap of ASCAP's 12th annual "I Create Music" EXPO, from the Loews Hotel in Hollywood