The ball room looked elegant with tables donned in white linen.  A colorful bouquet of flowers sat in the middle of each table, honoring the women for Mother’s Day.  A delicious buffet luncheon was set up in the back of the room.  The stage was extended outward with a runway that would display the fashion show after lunch.  In the adjacent room, the women were busy enjoying the decorative tables which boasted clothing, jewelry, and accessories.  Finally, on the back patio a bar serving flowing wine and champagne was offered, surrounded by scrumptious snacks.

I first interviewed Sally Pai Unruh, who sits on the Board of the BHWC.

The Hollywood 360:  Please tell us about the Beverly Hills Women’s Club.

BHWC just celebrated their 100- year -anniversary last December.  We are a non-profit charity organization so we do a lot of work with food banks and hospitals.  We also have a committee that is dedicated to minority girls to help them on a college track. The Hollywood 360:  How long have you been on the board? And how do raise money?

Sally Pui Unruh: I have been on the Board since last year and I will be continuing this year as well.   We are all very dedicated to our club.  We have several big holiday event luncheons throughout the year.  We have events every week, big and small.  Today we have 100 attendees.  This is our way to raise money for the club.  The vendors also donate 10% of their sales.

This building is a historical building which is very high maintenance so our monies also go into the maintaining of it.

The Hollywood 360:  How do people find out about your club?

Sally Pui Unruh: We don’t promote BHWC but we do encourage people to come and join us.  If you are interested in joining, we will take you on a tour.  We want women who exemplify and are interested in leadership; however, you don’t have to live in Beverly Hills.  Our website is www.bhwc.org.

I also interviewed Sali Lewally who is the Chair for Membership.  Sali is a former model/actress and would be modeling this afternoon for Kevan Hall Fashions.

The Hollywood 360: How did you decide to model today for the fashion show?

I got the email that models were needed. I first looked up Kevan Hall and decided I liked his fashions, so I volunteered to model.  I love couture fashions.  I am very picky who I model. I thought his clothes were special.

The Hollywood 360:  What in particular did you like about his fashions?

Sali Lewally: I think he’s finishing…a more of a high end designer… he’s finishing from inside/out.  His details are very precise.  No buts.

The Hollywood 360:  What colors will you be wearing?

The Hollywood 360:  Talk about your past career.

Sali Lewally:  I used to model internationally.  I modeled, acted in film and television.

Sali Lewally: I am the Membership’s Chair.  I introduce new women into the club and encourage them to become a member.  It’s a beautiful club.  Everyone is so warm and friendly.  It was exactly what I was looking for when I was looking for a club to belong to. Right after lunch, the 2017, Spring & Fall Fashion Collection of Kevan Hall dazzled the audience by showing off his versatile fashions for evening, cocktail and day wear.

Kevan Hall has been in the fashion industry for over thirty years beginning his career as the assistant to LA sportswear designer, Harriet Selwyn.  Soon after, in 1983, he opened up his own company Kevan Hall Couture which catered to luxury retailers such as Neiman Marcus, Saks and Bergdorf Goodman. Kevan Hall told the BHWC members where he first got his sense of style. He commented:

“My Mother was one of my earliest influences.  She was very stylish, very chic and shopped at the best stores.  Church was a big part of our upbringing so every Sunday we would dress for church like it was a real event.  We would go down the church aisle like it was a fashion runway.”

As he created an excellent reputation in the industry, in 1997, Kevan Hall was recruited by Halston to reinvigorate the dormant label that had once been famous for dressing Lauren Hutton, Lauren Bacall, Elizabeth Taylor; and he became the Design and Creative Director from Fall 1998 – Spring 2000.

Once again, in 2002, the Fashion Designer developed and launched a signature ready to wear line, Kevan Hall Collection; and in 2014, he released Kevan Hall SPORT, at the annual PGA show in Orlando, Florida. When asked that afternoon at the BHWC where he gets his creative ideas from, Hall responded:

“I get my ideas for different designs as I travel across American and Europe.  I am constantly searching the world for inspiration.  It could be museums …I have done collections based on architecture…my eyes are constantly scanning for the next excitement. “

Quite a few female celebrities have worn Kevan Hall’s couture fashions on the red carpet in Hollywood, such as Salma Hayek, Charlize Theron, Anne Hathaway, plus his couture gowns have also been worn by the first lady, Michelle Obama.  His designs have been featured on numerous television shows and he has made guest appearances on national television shows such as Inside Edition, Extreme Makeover and E!’s Fashion Police to talk about current fashion trends. Although he does have a high profile in the Entertainment Industry, Kevan Hall let the audience know that his collection represents all women’s lifestyles.

“Our brand has been best known for cocktail, evening and red carpet dressing celebrities… for Oscars and Grammys.  However, that is just one part of a woman’s life so we decided to go into daywear which is absolutely fantastic, because a woman can get something for day wear that is sophisticated, something with sleeves… We have done a beautiful day collection.”

He explained about his new collection that can be seen on Italy’s network called HSC.

“My new collection is made in Italy and frankly it’s a less expensive collection because we sell it on a network called HSC.  I go on air, I have an interpreter, he is an actor.  We sell the collection there.  I get to go to Rome four times a year.”

He announced to the BHWC what they will be seeing that afternoon.

“Today you are going to see highlights from Spring 2017 and highlights for Fall 2017.  You will see day, cocktail… we do a lot of weddings, bar mitzvahs, event dressing.  My collection now is a full range that will dress women who love fashion.” As the models walked down the runway, we were titillated by the captivating styles that befell our eyes such as the Navy degrade sequin dress with illusion shoulder yoke, the Navy silk crepe gown with sequin mesh inset, and the Lt. Blue floral lace gown. The collection represented a wide range of styles that delighted everyone.

The Beverly Hills Women’s Club provided a lovely afternoon to celebrate Mother’s Day and to kick off the holiday weekend.

For more information regarding the BHWC: 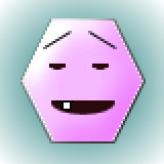