I chuckled, I smirked, I laughed out loud. I raised my eyebrows at the wit and humor and enjoyed the animations with their most fitting voice over talents. I marveled at how lively and aesthetically pleasing the animations were. The 20 or so minutes kept my interest but what I deemed most from this experience was the limmerks and my mind replayed ​Supermansion​ in that fashion.

In Hawaii on a vacay,

What a treat to perform with the united service organization,

To Honor our servicemen with timeless tap- zation,

Kinda hard to do with Rob the wang man,

So American Ranger asks permission to give him a bang bang,

But falls back after the invite to go to town on the wang wang.

And the magic idol fell in the hands of the evil whim.

Thanks to Robobot the unspoken hero,

Hawaii’s got nothing with the supermansion,

And it ends with a shimmy and dance wang -sation.

Animation was flawless and interesting to see,

Thoughts and ideas from the intelligent nerds,

Thanks for the laughs Stoopid Buddy Stoodios,

I give you all much love and coodios! 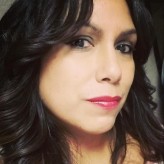