Every January [this year from Jan. 5 – 8, 2017] over 170,000 electronic enthusiast and those who thrive on the business of consumer technologies from over 140 countries, converge in Las Vegas, at the Las Vegas Convention and World Trade Center [LVCC] for the CES, an event that attracts over 35,000 exhibitors, with a conference program with at least 250 sessions, that include manufacturers, developers, and suppliers of consumer technology hardware, content, technology delivery systems, and more.

Among highlights of this year’s program include The C Space Keynote, presented by MediaLink, slated for Thursday, January 5 at 10:30 AM at the Westgate Hotel Theater, and will feature an exclusive interview with IAC and Expedia, Inc. Chairman and Senior Executive Barry Diller, hosted by Michael E. Kassan, chairman and CEO of MediaLink.

Among companies taking part in C Space include AdWeek, Amazon, AOL, Discovery Communications, eBay, NBCUniversal, Time Inc., and Yahoo!  who will showcase the latest in consumer engagement running through Jan. 5 – 7, 2017.

According to Consumer Technology Association (CTA) who owns and produces the CES, C Space at ARIA will also host The Storytellers conference track returning for its second year with sessions from Google, BBC Earth, Facebook, Hulu, iCrossing – a Hearst Media Company, Twitter, Spotify, Nielsen, Turner and Verizon Digital Media Services. These leaders in content creation will share case studies, best practices and stories about the unique relationships among entertainment, technology, and [their] brands.

This year the C Space Content Studio will debut the Storyteller conference presented by CES and Business Insider (BI), as a place for CMOs and other media and marketing visionaries to address the future of advertising and how various industries will evolve with technology. Participants will include Keith Weed, chief marketing and communications officer, Unilever; Rodney Williams, CMO, Moet Hennessy; Jonathan Nelson, CEO, Omnicom Digital; and Pat McLean, CMO, TD Bank.

Actor, director, author and comedian Aisha Tyler will serve as this year’s CES Ambassador. Tyler is a one-woman content machine and will champion the convergence of the tech, entertainment and marketing worlds at CES.

Through CES it was also announced that Eureka Park Marketplace, among other things, will feature more than 600 startups, with exhibitors from more the 34 countries.

CES is also where many companies, everything from microphones to drones and in- between, like to unveil the new stuff, so if you have the opportunity to attend, one thing is for sure, you’ll be back !

For more information about other tracks and conferences taking place during the 2017 CES, or to register, log on to www.cesweb.org

The International CES is the world’s gathering place for all who thrive on the business of consumer technologies. It has served as the proving ground for innovators and breakthrough technologies for more than 40 years—the global stage where next-generation innovations are introduced to the marketplace. As the largest hands-on event of its kind, CES features all aspects of the industry. And because it is owned and produced by the Consumer Technology Association [CTA], formerly the Consumer Electronics Association [CEA], the technology trade association representing the $211 billion U.S. consumer electronics industry, it attracts the world’s business leaders and pioneering thinkers to a forum where the industry’s most relevant issues are addressed. Follow CES online at www.CESweb.org and through social media: 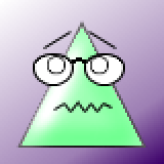